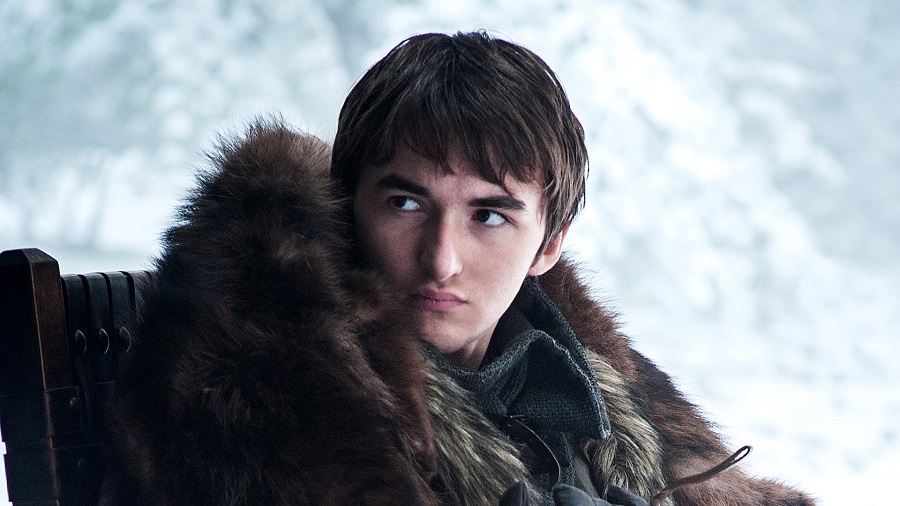 The old adage is never work with children or animals, but with a character like Bran Stark, Isaac Hempstead Wright had to be both! He might have been one of Game of Thrones’ most unlikely players, but here’s to the actor who took us all on his journey from curious child, to Three-Eyed Raven, to ultimately being the king of Westeros.

When we first meet Bran, he’s a sweet-natured innocent whose only crime is climbing too high and scaring his mother. It seemed unbelievable to me, an Unsullied viewer during the show’s first season, that this cute kid would become one of the linchpins of the entire series, nor that this his clambering antics would have any consequences other than giving Catelyn the heebie-jeebies. His discovery of Jaime and Cersei together sets off a change of events that will alter the course of the Westerosi landscape. 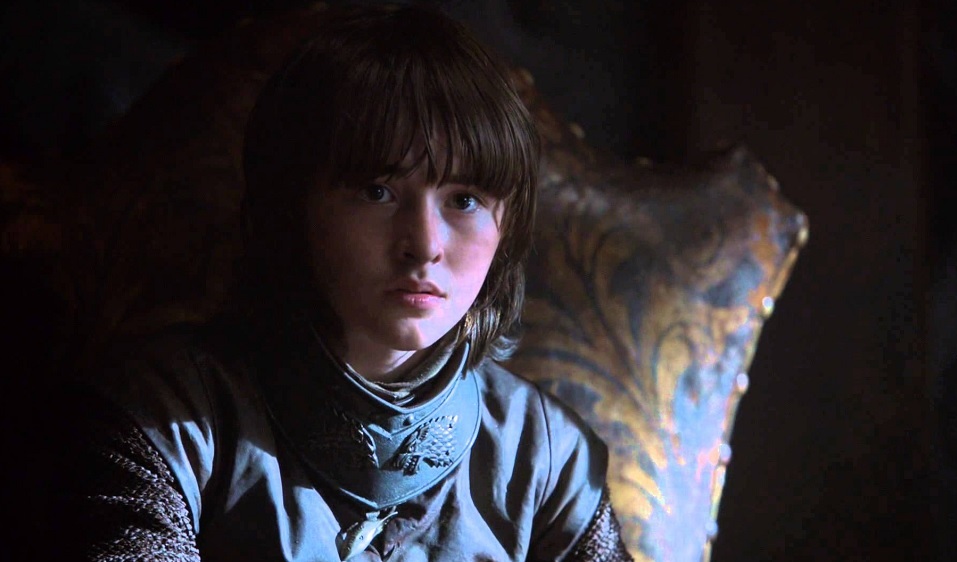 In his early appearances, Hempstead Wright is remarkably adept at balancing the emotional sides to his character. His bitter realisation that he will never walk again and declaring that he’d rather be dead is utterly distressing as are his tragic scenes with Theon in Season Two, asking the man he grew up with as family whether he hated him the whole time. Bran’s scenes with Maester Luwin, Osha and Old Nan provide viewers with much needed exposition and back story which help to flavour the extraordinary world this show is set in. At the same time as he’s playing a tutored child, Hempstead Wright is already giving us glimpses of what was to become his fate as the Three-Eyed Raven; it’s an exceptionally mature and accomplished performance from such a young actor.

Hempstead Wright takes us with him on Bran’s journey to learn more about his mystical abilities. Guided by Jojen to use his warging and green-seeing powers, this is a magical twist in Bran’s tale that might have seemed outlandish or out of place if it wasn’t for an assure but understated performance from Hempstead Wright. It becomes clear the viewer that Bran’s destiny lies beyond being the heir of Winterfell and is something far greater, as his visions begin to offer us tantalising glimpses of Westeros’ past and future. 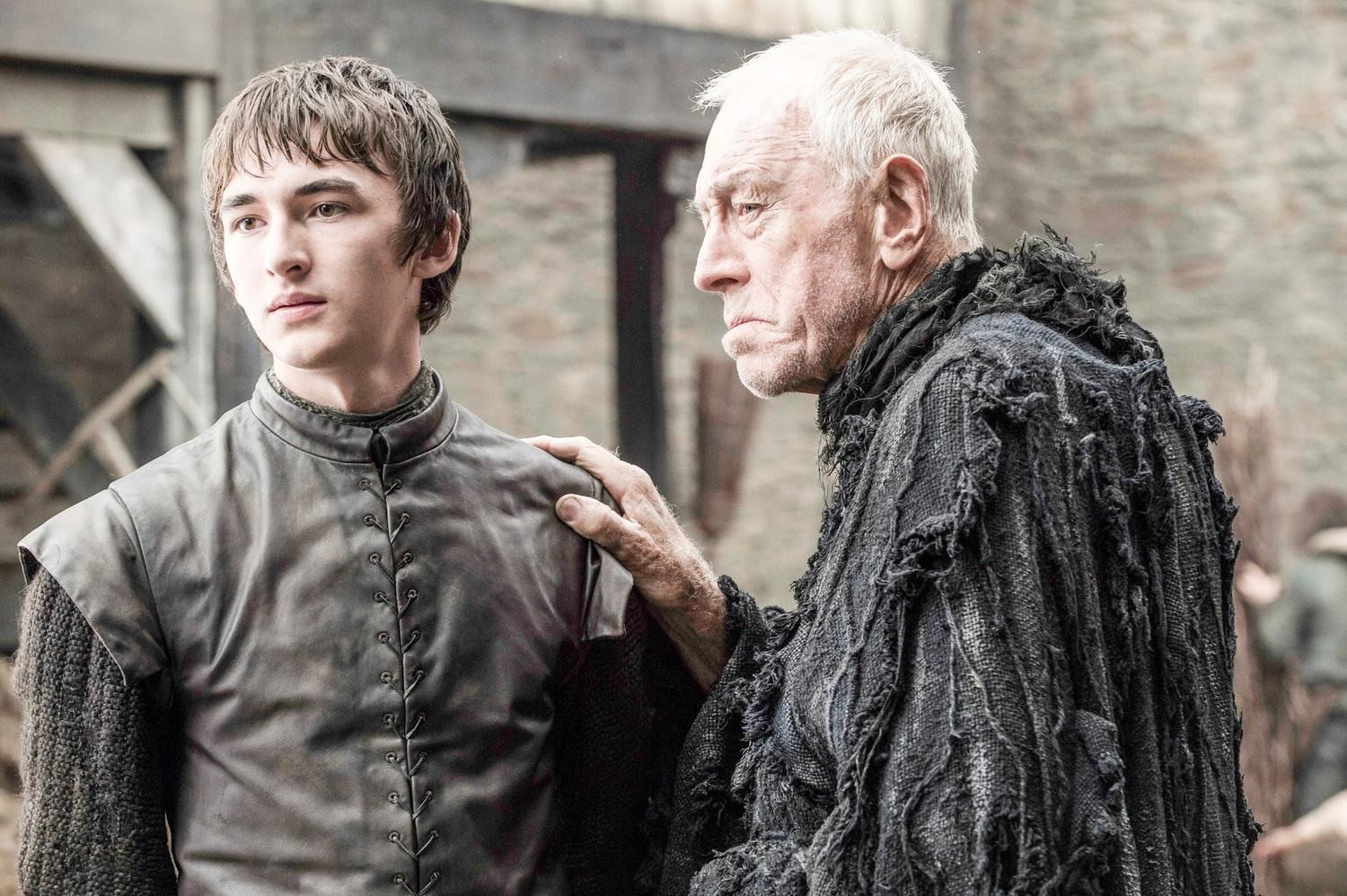 I’d almost forgotten, when I came to writing this article, that Bran didn’t appear on our screens for an entire season, so much was his presence felt throughout the show. When he returned to us in Season Six, Hempstead Wright has almost become a proxy for the audience; as he learns about the events which shaped his world, so do we. Through Bran we learn about the Tower of Joy, Jon Snow’s true parentage, the creation of the White Walkers and, of course we are witness to one of Game of Thrones’ most tragic and unexpected twists, the origin of Hodor.

Bran is now a changed man, and Hempstead Wright puts in an eerie, almost sinister performance in his final seasons, having finally become the Three-Eyed Raven. Playing a character who can experience everything, except emotion, seemingly, is not an easy task, but one he manages with aplomb, becoming a calming and occasionally chilling presence among the chaos of the last few episodes.

I’m still not sold on Bran the Broken as a title (Bran the Badass would have been much cooler and still alliterative, let’s be real) but I was absolutely sold on him becoming king. He’s ushering in a new era and a new style of leadership, and while his experiences may not be what one would immediately look for in a ruler, his was undoubtedly one of the greatest stories from our time in Westeros. Plus, as one of the most consistently positive portrayals of a disabled character in fantasy fiction, I was thrilled to see Bran gain legitimate acceptance and recognition from his peers. Hempstead Wright took us on an extraordinary journey with Bran, with what was unarguably one of the most emotionally complex characters on the show, and it’s one I can’t wait to revisit when I watch the show over again. All hail King Bran the Badass! (or Broken. Whichever!)