Sophie Turner describes a "strong and steely" Sansa next season | Watchers on the Wall | A Game of Thrones Community for Breaking News, Casting, and Commentary 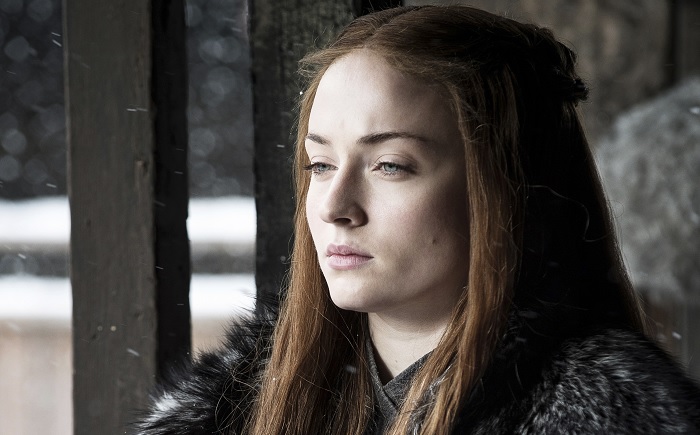 If you were starting to think that the cast of Game of Thrones had run out of juicy tidbits and ominous quotes about season 7 so close to the premiere, well, think again. Sophie Turner has dropped some hints about Sansa’s “strong and steely” persona next season and teased the theoretical return of a beloved character.

In an interview with Express, Turner discussed Sansa’s ever-evolving relationship with her siblings, specifically, with Jon, whom some would argue stole her spotlight last season when he was declared King of the North after she more or less secured his victory at the Battle of the Bastards.

“She definitely feels left out,” Turner admitted. “There’s a little bit of jealousy there. She feels like she deserves the title of Queen in the North.”

Many of the characters’ motivations can be tricky to decipher but, according to Turner, Sansa’s internal conflict next season is quite straightforward: “All she wants is the respect of her brother, and she feels like she’s not getting that. Fair enough!

“She’s very strong and steely this season. She’s in it for herself. Whether that means going a bit dark… you’ll have to see.”

Turner also addressed the oft-discussed possibility that Hodor might return to the show as a Wight (a scenario that Kristian Nairn himself has entertained as, well, not impossible).

“Anything can happen,” she said. “I’d love to have Kristian [Nairn] back, but Hodor as a White Walker might be slightly terrifying.”