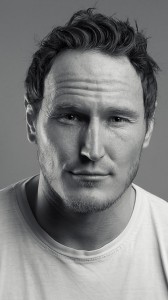 There’s not much time left in season 6 filming, but thankfully, there is still Game of Thrones casting news to be had.

Our casting news involves another major house of the North that we haven’t seen in a few years- the Umbers. In season 1, Greatjon Umber (Clive Mantle) was a boisterous and (eventually) vocal supporter of the King in the North. The Greatjon wasn’t present on the show in later seasons, leaving him presumably alive, and his son Smalljon no longer a victim of the Red Wedding like in the books.  At the end of season 3, Bran Stark sends Osha and his little brother Rickon off to the Umbers at Last Hearth.

With the season 6 casting announcements, we learned that House Umber would be coming back into play, with Smalljon as its representative.

Which bring us to today’s news: we’ve learned that British actor Dean S. Jagger will be playing the role of Smalljon Umber.

It was a roundabout route, learning about this one. Over a month ago, a fan shared photos from the post-Saintfield-filming wrap party. Among the pics was one of her posing with Kristofer Hivju and another actor, captioned, “Met Small jon umber and thormond at a #gameofthrones #party in belfast! #GoT #asoiaf #asongoficeandfire #actors #gameofthrones”

Then today, WotW reader breakfastfestival recognized the actor in an episode of the British comedy Trollied, and found this new item from Identity School of Acting: 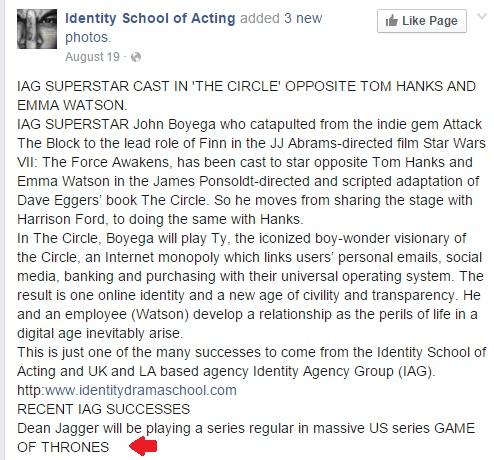 While the casting isn’t officially confirmed by HBO, we think it’s pretty safe to call this one: this is our Smalljon.