David Benioff suggests not even the cast may know how Game of Thrones ends, Emilia Clarke on Dany's Stark welcome | Watchers on the Wall | A Game of Thrones Community for Breaking News, Casting, and Commentary 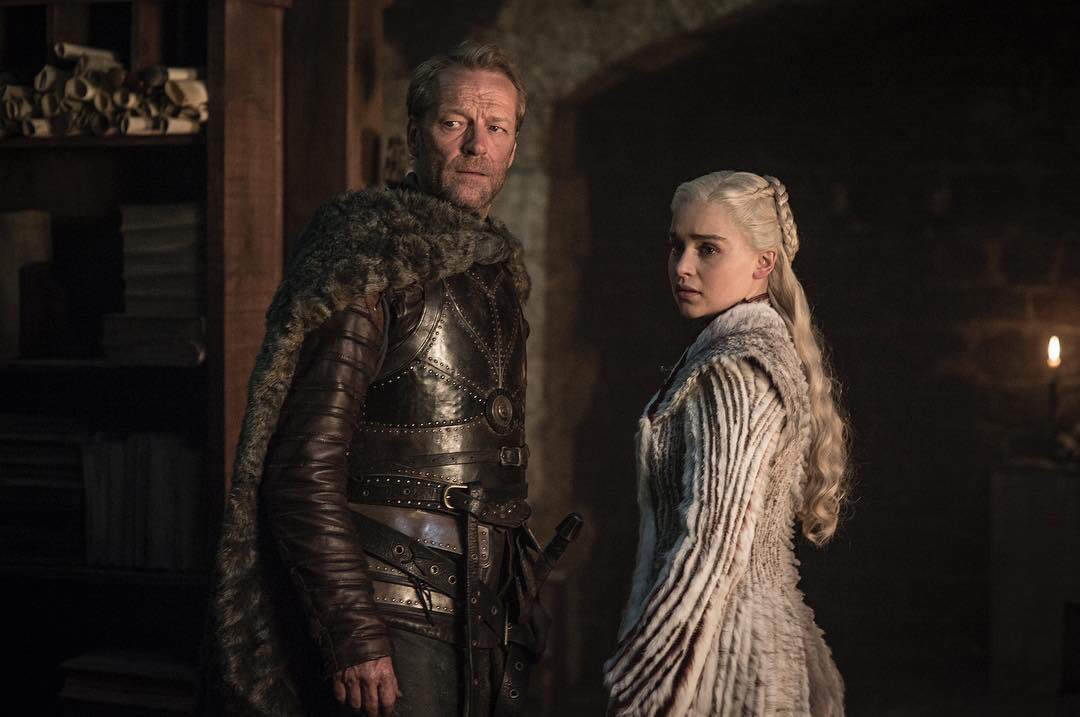 As we enter the last week before the Game of Thrones premiere, the cast and crew are pulling out all the stops to hype the final season. Showrunner David Benioff makes some cryptic comments about the ending, Emilia Clarke teases a frosty Winterfell reception for Daenerys, costume designer Michelle Clapton talks style evolution, and several actors offer hints about what to expect in season eight.

Digital Spy brings us some rather strange comments from David Benioff. He remarks, “The actors think they know the end, because they were all here for the table read, but that’s not to say that we don’t employ deception at times.” There have long been rumors of fake scenes and alternate endings, but it’s interesting to see him suggest that they have fooled not only onlookers, but the actors themselves.

Benioff adds, “We have had some success in terms of hiding things, but the actors definitely all believe that they know where this season is going to end.” Is he trolling us all? I’m not sure how it would be possible to deceive the entire cast, but his statement here will certainly fuel the conspiracy theories! 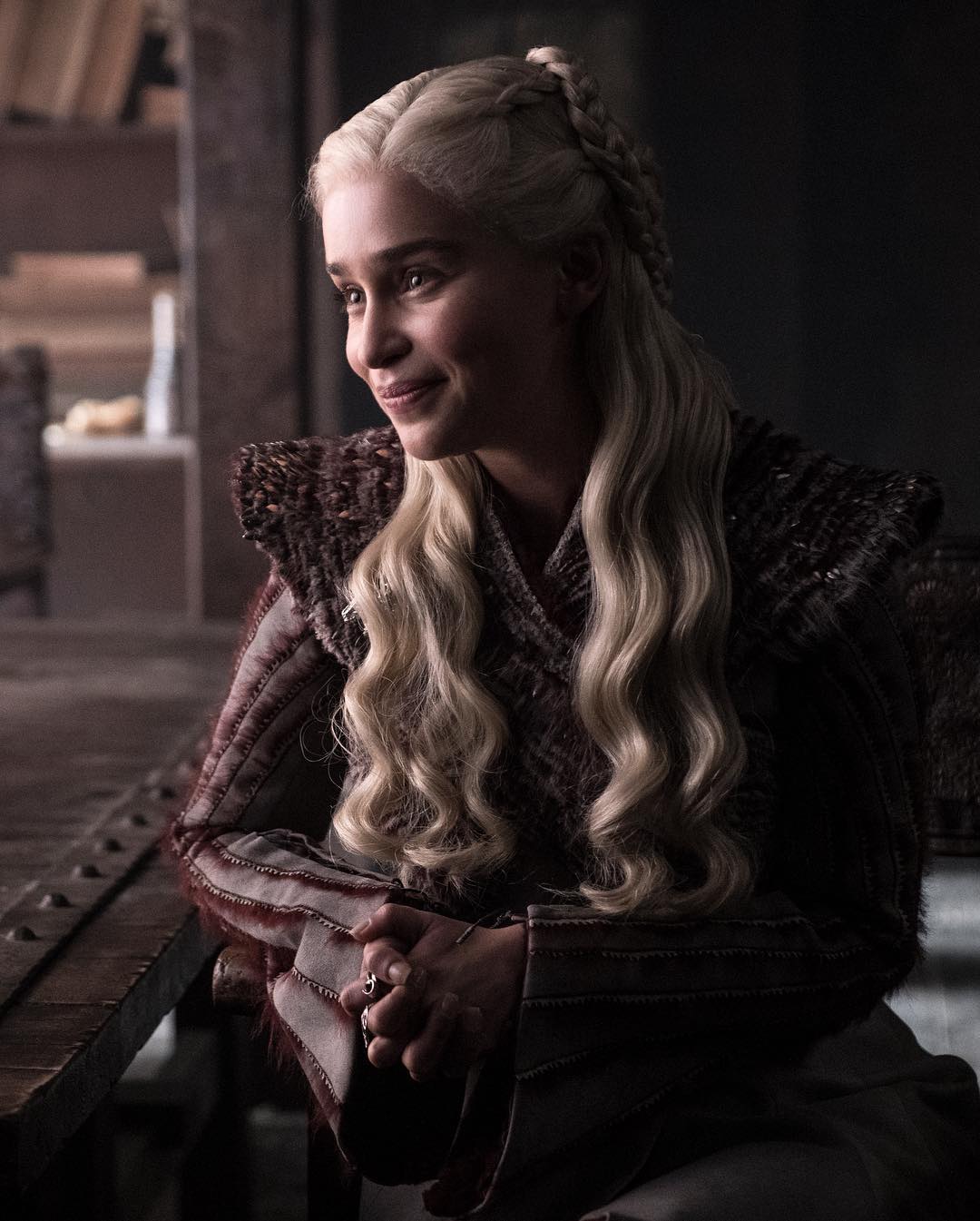 Someone who probably isn’t trolling is Emilia Clarke, who in an interview with Entertainment Weekly discusses how Dany feels when she arrives at the Starks’ home. “I like to think that it’s like Meet the Parents. It’s like: ‘I hope they like me. This dude’s wicked. It’s a real good thing we got going on. He’s the final piece. We’re destined for greatness and world domination is a breath away.’ And so I need to be like: ‘Can I braid your hair, Sansa? Little Arya, come over here, let’s play some cricket.’ So there’s that. And then, very, very quickly, it’s like: ‘Wait, is it just me, or do they hate me?'”

I don’t think anyone is surprised to learn that meeting Jon’s family may not go as smoothly as she’d like. Don’t expect Daenerys to be a pushover, however. “The thing I now realize is she’s not a scared little girl anymore, so there’s less room for vulnerability or sentimentality or soft edges.” Hopefully they resolve any issues they have with each other before the Army of the Dead descends on the castle – they need to unite, or die. 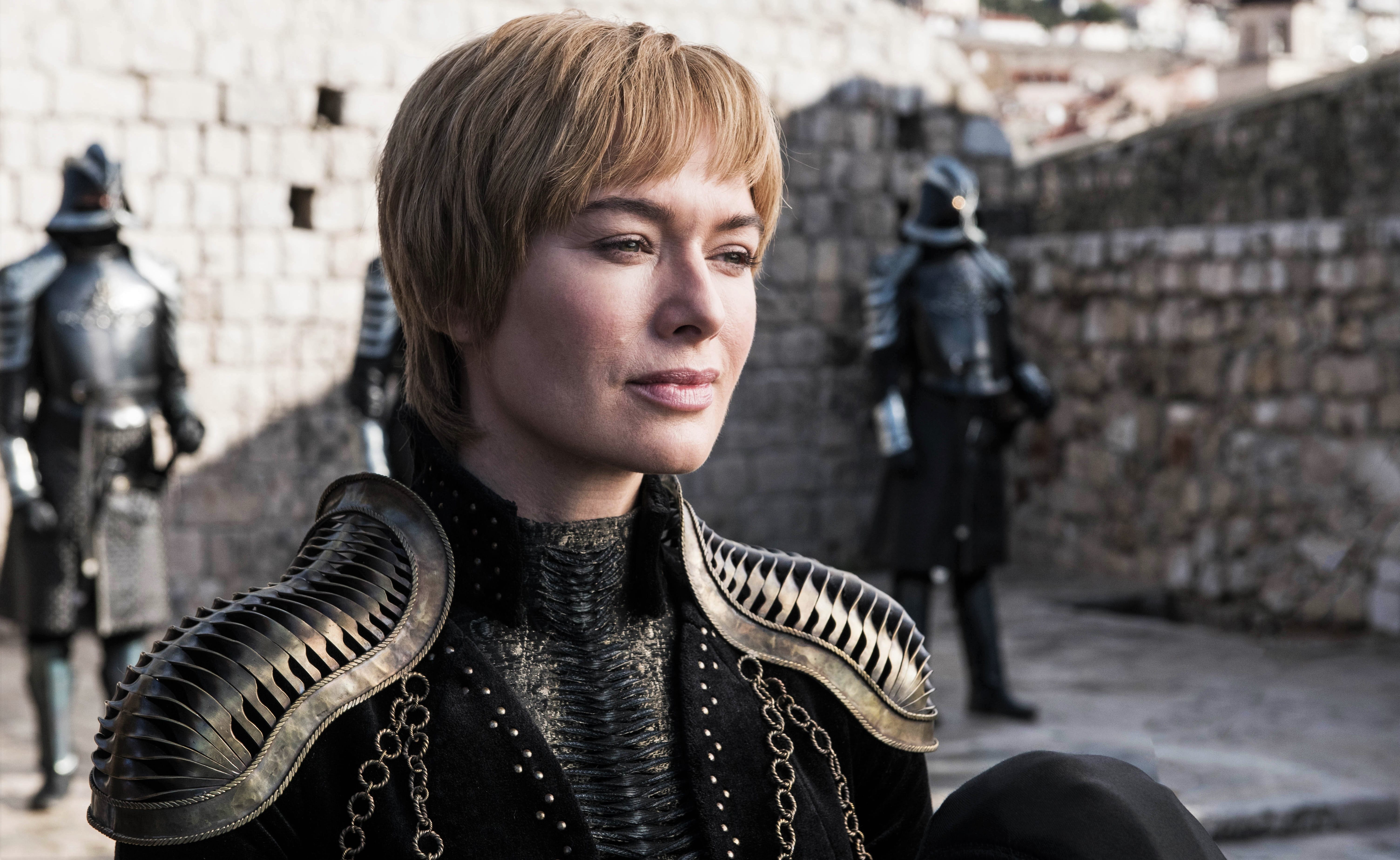 Speaking to Marie Claire, Michelle Clapton shares fun tidbits about costuming in seasons past and what to look for in season eight. She mentions that Nikolaj Coster-Waldau “used to split his trousers a lot in the first season. He was very patient with us having to mend them,” and that Kit Harington “was glad to see the back of his [costume] because it weighed so much—which is sad. We were proud of the look we created.”

Regarding the final season, Clapton informs us that we should pay attention to Jon and Daenerys’ clothing, as “the costumes always tell stories, often hinting at loyalties and desires.” She also states that when characters die, they pay particular attention to their costuming, “sometimes to mock them, sometimes to celebrate them. Often, it’s to underline what we saw in the character.” When asked if they planned special outfits for the characters’ last scenes of the series, Clapton replies, “Yes. It was essential.”

The entire interview is worth a read, so check it out over at Marie Claire.

The final season of @GameOfThrones premieres next Monday, 15 April at 9AM on HBO Asia and #HBOGOAsia! pic.twitter.com/XV46NSKdrS

Finally, HBO Asia posted the fun video above on Twitter, asking the cast to let fans know what to expect for Game of Thrones last season. Check it out below!