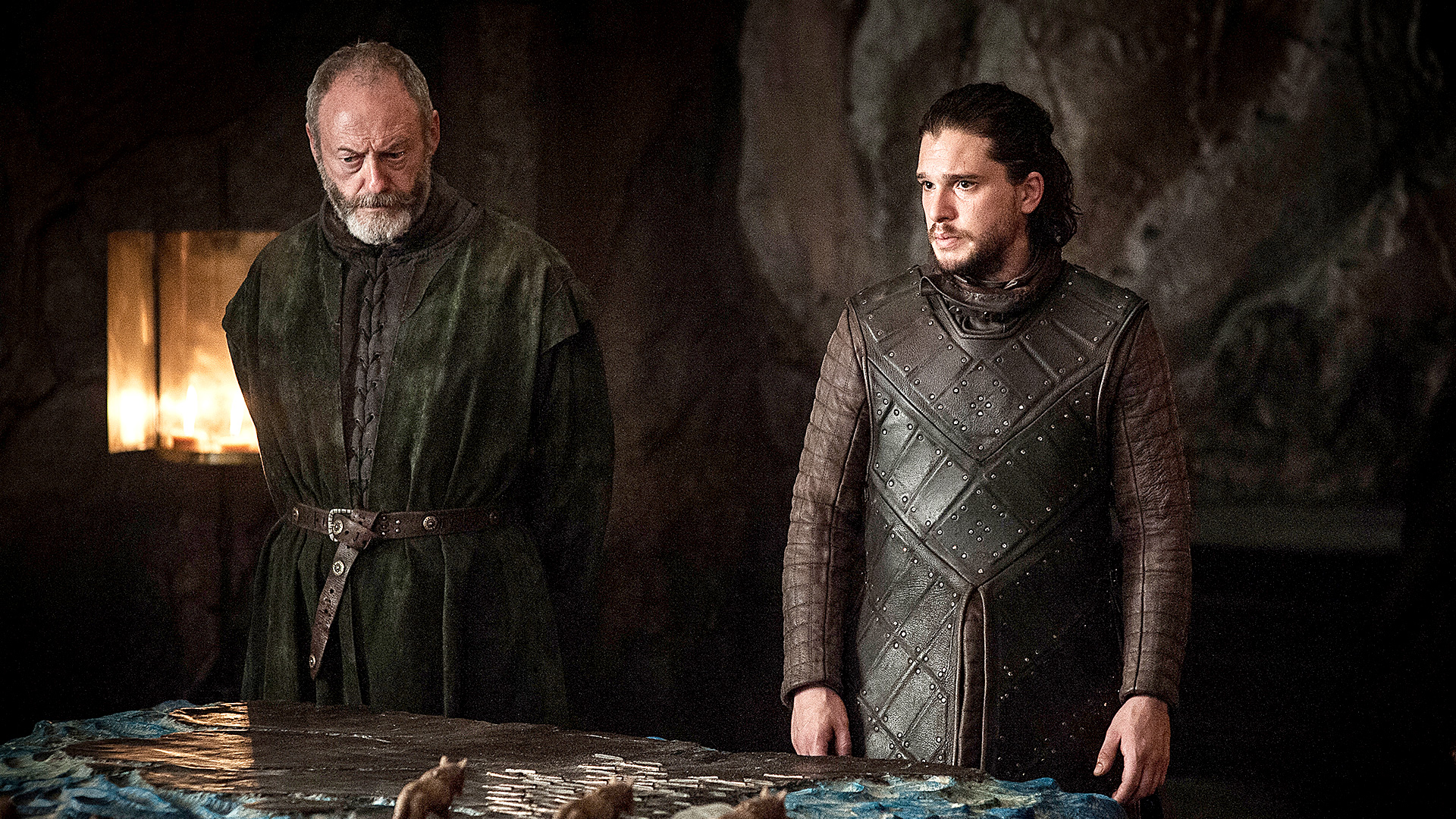 Liam Cunningham has been helpfully chatty this past week, sharing his thoughts on why season 8 episodes of Game of Thrones will be longer, and saying even more in a fresh interview out of Italy. At the Wired Next Fest, the actor spoke about his work on the show since season 2, the pleasures of working with Stephen Dillane and Kit Harington, but most importantly, he provides concrete info about season 8!

According to Cunningham, in the video interview, this week he’ll be stopping by New York Comic Con on Friday and then flying back to Ireland on Saturday to visit his family briefly. Then it’s time for Game of Thrones!

Cunningham states that the table read will be taking place over two days, which explains the confusion we had this week, with reports of the read-through happening on Sunday and Monday. Both were correct. Cunningham says that the cast will be reading 3 episodes of season 8 this coming Sunday, and then they’ll finish the remaining 3 episodes the next day.

He also states they’ll spend the rest of the week rehearsing with two of the directors for this season (he doesn’t name which). Then, Cunningham happily shares that filming will start soon after, but he isn’t quite sure of the date! Liam says they’ll begin filming on the 16th or the 19th of October. The 16th is a Monday, which feels more likely for a start date, but you never know!

The portion of the interview dealing with season 8 filming begins about 17:20 but really, the entire video is worth a watch!

Thanks to our reader Raffaella for sending us the interview!