Season 6 Casting Update! | Watchers on the Wall | A Game of Thrones Community for Breaking News, Casting, and Commentary

While we wait for HBO to get around to dropping that season 6 trailer we’re all gagging for, here’s some more Game of Thrones news in the way of casting tidbits!

Mark Tankersley will be playing a general in the upcoming season. According to his agency’s website, the actor has had “two months of filming General Bolton on Game of Thrones – Season Six.”

It makes sense the Boltons would need a general, given this season’s story and the spoilers coming out of Saintfield, Northern Ireland filming last fall.

More casting news below the cut! 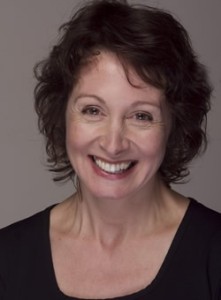 Annette Tierney will be appearing in at least two season 6 episodes. The actress’s agency CV currently includes credits for Game of Thrones Season 6, for an undisclosed character. Her directors are listed as Jack Bender and Jeremy Podeswa. Podeswa is helming the first and second episodes this year, and Bender the fifth and sixth.

As for her role, we can speculate a bit. For season 6, the show was casting for a “Housemaid” for 2 episodes, a small role that our sources informed a few months back was actually the part of (Not-So) Old Nan in Winterfell flashback visions. This actress is the right age range, and she appears to be in more than one episode. Nothing is confirmed yet, however, so this will remain speculation for the moment.

Another casting from an Irish agency has surfaced: the CV of actor Jed Murray lists him as appearing in season 6, but does not confirm his specific role. Based on a news item from the agency’s site, it looks like the actor did some filming in December.

Chuku Modu‘s Spotlight CV has been updated to confirm his character name will be “Ahko.”The actor filmed with the rest of the Dothraki-portraying cast members for season 6, and this role name seems to further confirm his part. There was a Dothraki warrior named “Akrat” on the second major casting list we shared; perhaps this is a slightly modified version of that character name.

Fingers crossed for more teasers and promos soon! Are we taking bets on whether HBO will slip a trailer in before the debut of Vinyl (2/14) or the season premiere of Girls (2/21)?