Sean Bean solves the mystery of Ned's final words, makes his pick for who wins the Iron Throne | Watchers on the Wall | A Game of Thrones Community for Breaking News, Casting, and Commentary 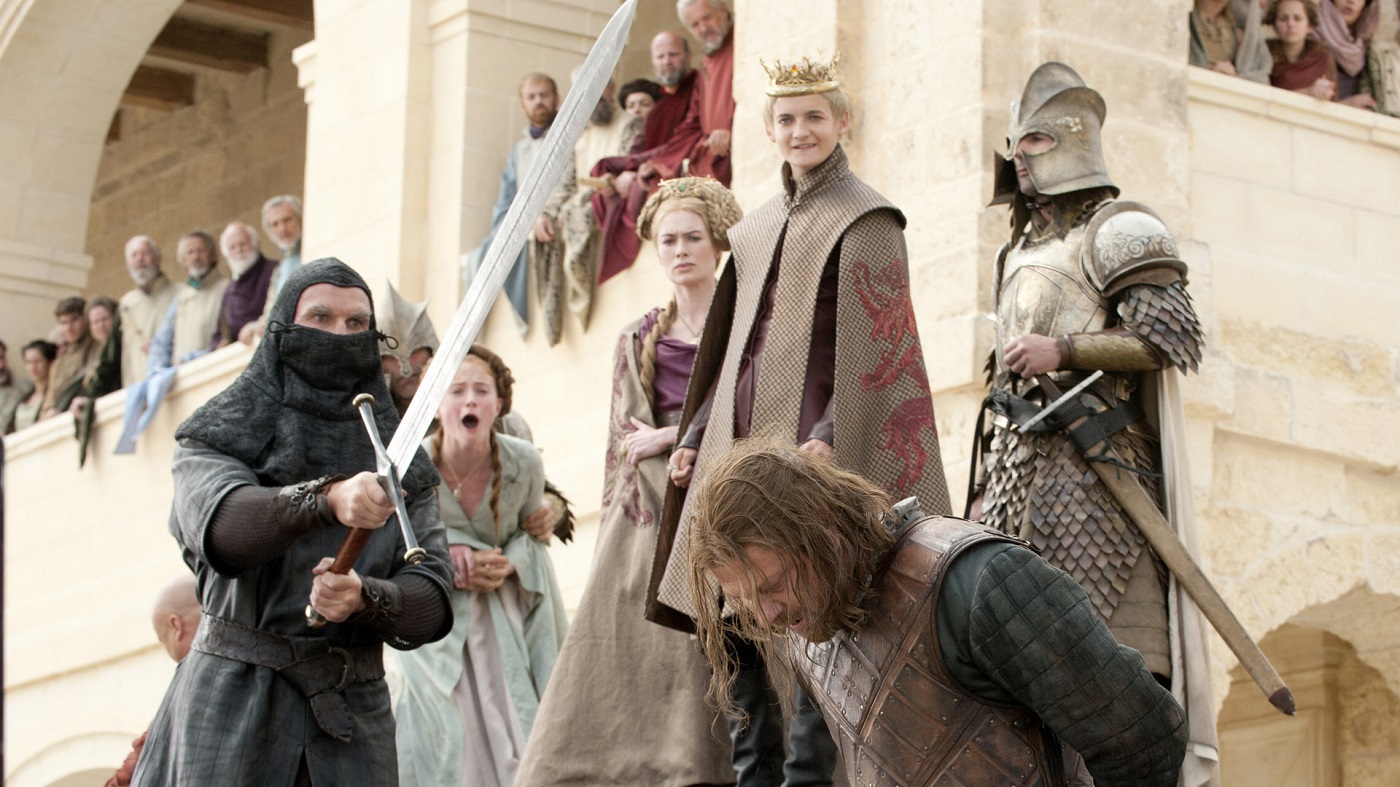 It remains one of the most iconic scenes from ‘Game of Thrones’: the shocking death of Ned Stark.

It was the moment that shook Game of Thrones viewers to the core: the Season 1 beheading of Ned Stark (Sean Bean), one of the show’s most important characters (and before Kit Harington, Emilia Clarke and others became household names, arguably its biggest star). It set the precedent that no one was safe in the dangerous world of Westeros.

One of the most memorable aspects of the iconic scene is watching Ned’s lips move in the seconds before Ice takes his head — and the frustration of not knowing exactly what he said has driven fans crazy for years and given rise to numerous theories. Finally, however, in a new interview, Bean spilled the beans (ugh, sorry) on Ned’s final words!

There are two prevailing theories for Ned’s last words — that he said either “I kept my promise,” in reference to his promise to his sister Lyanna to protect her son (Jon Snow), or “Valar Morghulis,” the High Valyrian expression for “All men must die,” which fueled a conspiracy theory that the Ned on the executioner’s block was in fact a Faceless Man of Braavos, and that the real Ned is still alive and somewhere in Westeros (admittedly, this is a much less likely explanation). According to Bean in a recent interview with The Huffington Post, however, it’s much simpler than that: he was simply a doomed man praying for the last time.

“It appears that way, doesn’t it?” Bean said. “I couldn’t be too specific, because I don’t know if religion [like that] was around in those days, whatever they were. I just thought, ‘What would you do if this were really gonna happen?’ You probably would pray. You probably would murmur some words and you’d keep it quiet. You’d keep it to yourself.”

There we have it: only a humble prayer. Sorry to burst the bubble, everyone.

Elsewhere on the internet, Bean sat down for an interview on the YouTube series BUILD, where we learned that Ned himself is woefully behind on watching Thrones — although that didn’t stop him from making his choice for who will win the Iron Throne.

“I got [my] head chopped off in the ninth episode, so I stopped watching it then,” he says. “I catch up on it now and again, but I really should get the box set.”

“So who do you think should sit on the Iron Throne, then?” asks the host. “Who’s still alive?” Bean replies.

Eventually, Bean chooses Jon Snow, and also mentions that during Season 1 filming, it was never explained to him that Jon wasn’t his actual son — which means Bean was never told of Jon’s true parentage. “They didn’t tell me, so I treated him like a son,” he says, although that didn’t stop “everyone from asking me” after his tenure on Thrones had ended. Maybe the questions have stopped for Bean since the end of Season 6.