At this year’s San Diego Comic Con, after so many consecutive years, Game of Thrones will be skipping its usual appearance at Hall H, but there’s a silver lining for attendees: HBO and Funko have announced an Olenna Tyrell vinyl Pop! figure as a Comic Con exclusive, as well as an exclusive 4-pack for the Dorbz dragon figures!

Lady Olenna Tyrell of Highgarden will be available as an exclusive Pop! at SDCC. You can see the design for the “Queen of Thorns” below, in all her glory, glass of wine in hand and wearing her signature ornate headdress. Quick wit and sharp tongue not included! 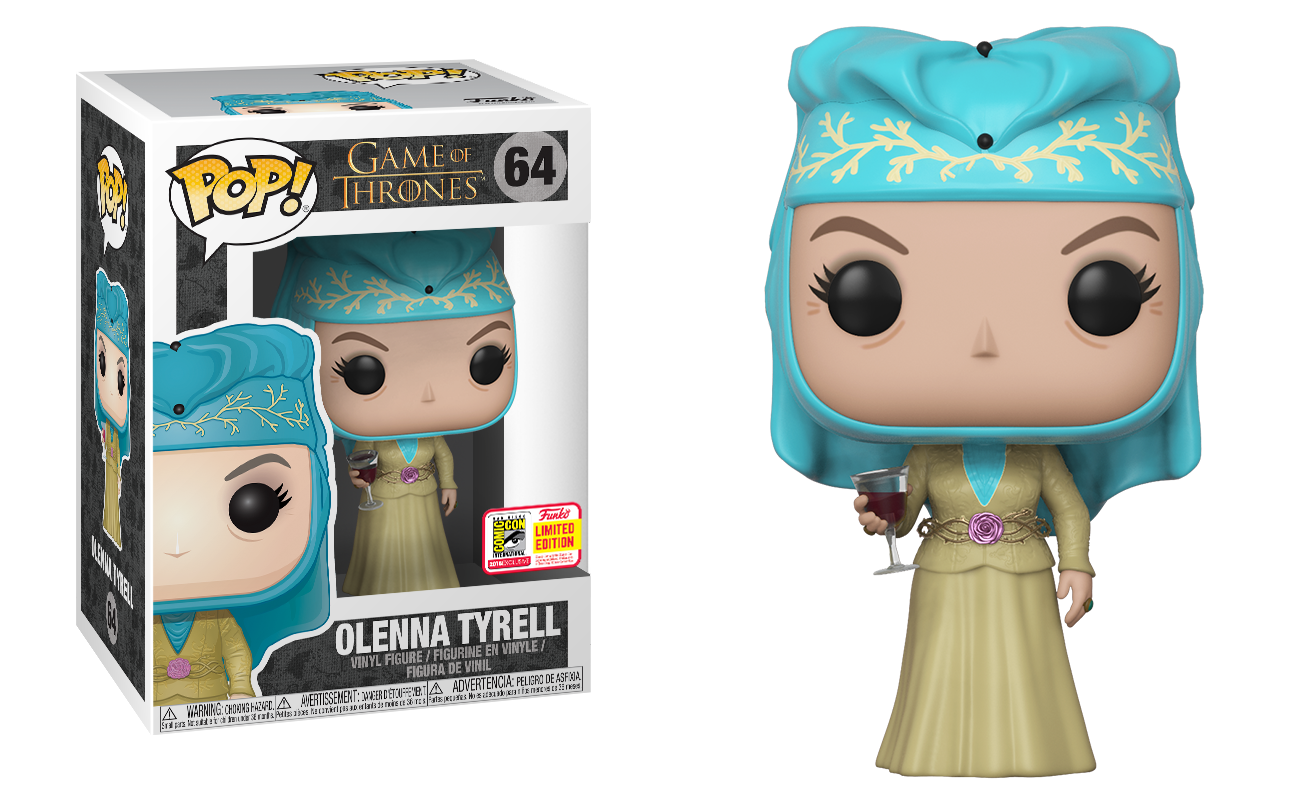 The dragons will also be available as an exclusive Dorbz 4-Pack! How did they get four figures out of three dragons? Well, along with Drogon and Rhaegal, there are two versions of Viserion: the traditional one, and the “Icy” version raised from the frozen depths by the Night King. But don’t worry, alive or undead, they all look cute as hell:

If you were planning on going to SDCC and were disappointed by the news that there would be no Game of Thrones presence, this may alleviate your pain a bit. The Olenna design is dead-on; and look how cute those smiling dragons are! Even zombie Viserion!