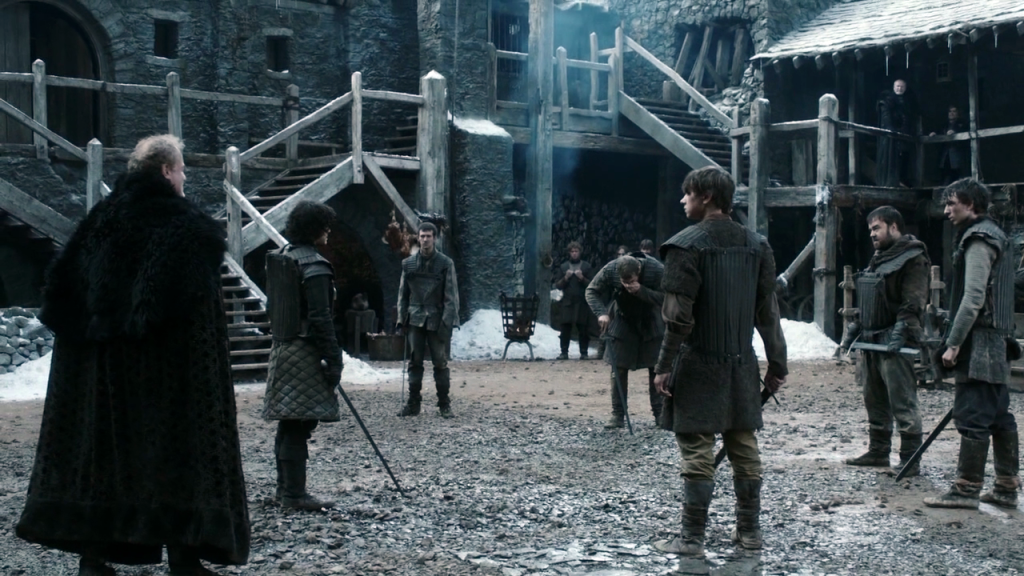 As if filming a logistically and narratively complex show in multiple countries at the same time wasn’t difficult enough, it turns out the Castle Black set faced a rockslide early on in the filming for season 6

Castle Black scenes are filmed in Magheramorne Quarry in Northern Ireland, which rests at the bottom of a rock face. According to experts, heavy rains disrupted the “seismic profile” of the quarry.

“Once people saw the small pebbles start to come down that turned into slightly larger pebbles, everybody made the group decision to immediately step away from the set,” Dan Weiss told Entertainment Weekly.

The rock slide escalated until “A piece of rock the size of a London townhouse just fell,” Alliser Thorne actor, Owen Teale, said.

No one was injured, but the rockslide did mess up Game of Thrones‘ filming schedule.

“[Executive producer] Bernie [Caulfield] and [producer] Chris [Newman] already have hardest scheduling job in the film and TV industry, and they had this thrown into the works too, which caused them to drastically reschedule the whole season on the fly,” Weiss said. “But they did it, and we got everything we needed in that quarry after it was seismically shored up and netted and proper protection measures were taken. It actually worked out for the best – some of the stuff we were shooting in that location benefited from the additional prep time the rockslide gave us.”