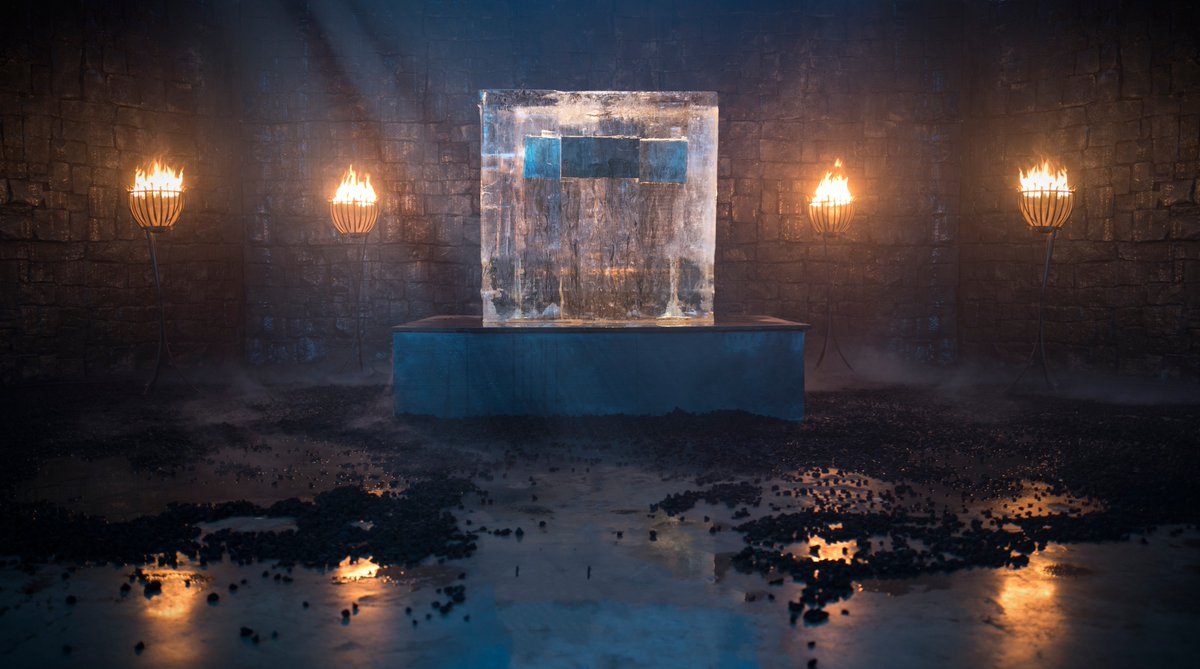 It is unusual for a premiere date to cause such hullabaloo, but the seventh season’s winter filming schedule changed everything, pushing back production by a few months compared to previous years, and leaving us with no idea of when next season would air. “Summer” was as close as HBO ever got… until today’s gimmicky reveal campaign!

Instead of making an old-fashioned announcement, perhaps on the teaser poster, HBO’s marketing department decided to go in a more media-savvy direction: HBO just set up an interactive Facebook Live event, in which fans will be brought into a real life version of the poster: A gigantic block of ice surrounded by fire. The date is hidden underneath!

The event will begin at 11 am PT or 2 pm ET — two hours after the announcement. Keep an eye on the Game of Thrones Facebook page and get ready! Once the fandom does its work, HBO will reveal the much anticipated Game of Thrones Season 7 premiere date!