On the Fandom Road: From the Simpsons to Samwell | Watchers on the Wall | A Game of Thrones Community for Breaking News, Casting, and Commentary 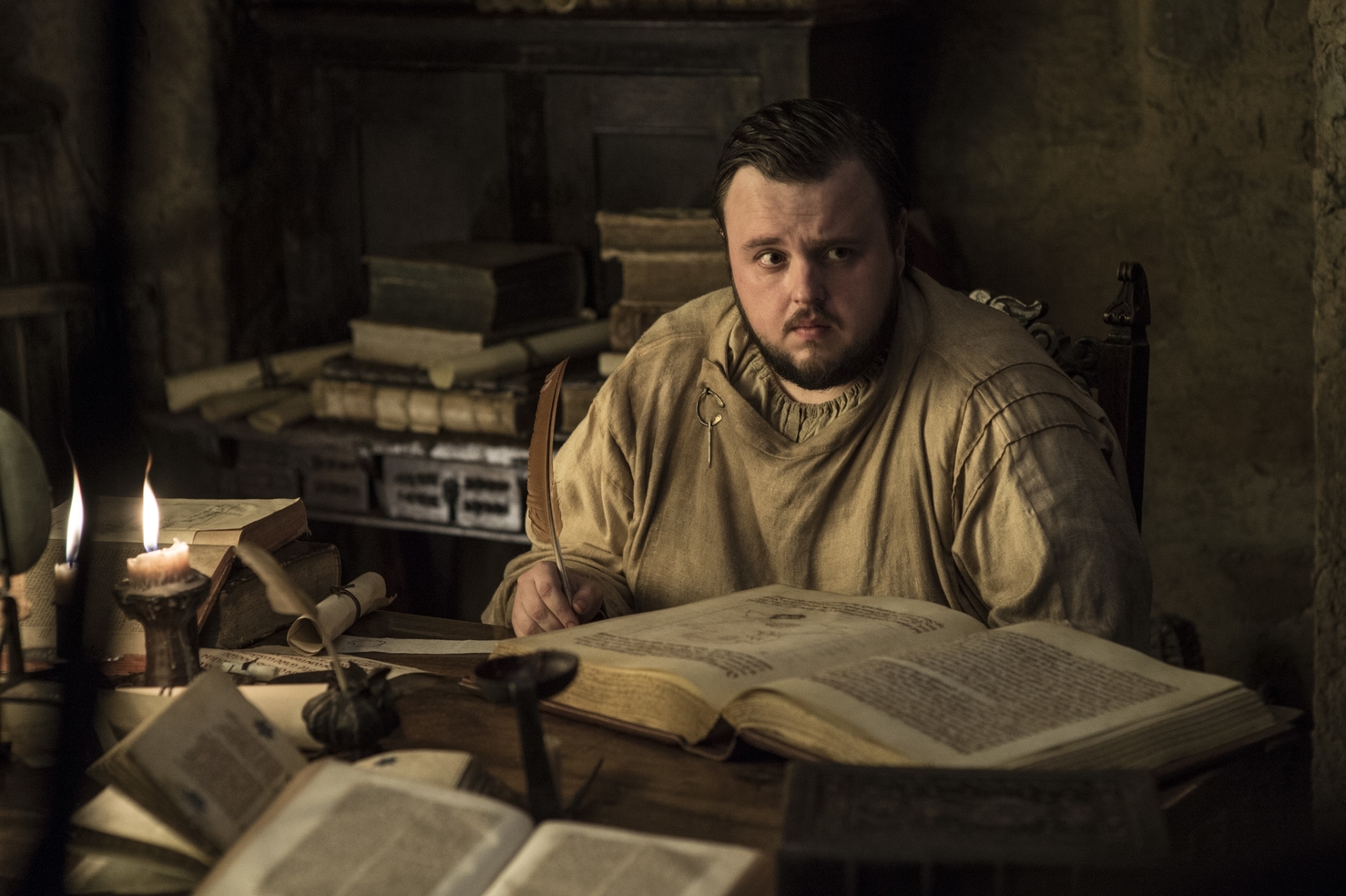 I think I found the Game of Thrones fandom in one of the oddest ways possible.  It was via The Simpsons.

Back in 2012, the fifteenth episode of the twenty-third season featured this excellent Simpson-ized version of the now famous Game of Thrones opening (hey, you can shade the latter day episodes of The Simpsons all you like, but you gotta admit they still have some great couch gags).

Now at the time I had no clue what it was they were parodying, all I knew was that the theme tune was one of the most epic things I’d ever heard.  Plus all those cool twirly cogs and the fantasy stuff?  I needed to get up in whatever this was.  For context, at the time I was living in something of a cultural bubble; I was away at university, mired in the midst of my final year’s thesis and, being a skint Brit, equipped with a telly that didn’t have access to any of the cool channels.  I was vaguely aware of the ASoIaF books, having been an avid fantasy fan for many years, and that a television show had been developed, but I sort of assumed I’d missed the boat and would probably catch up later when it was all over (insert your own wisecrack about GRRM finishing the books here, folks).

I was head of my university’s sci-fi and fantasy society and a passing mention of how cool I thought this opening was left me inundated with cries of, ‘YOU HAVE TO WATCH GAME OF THRONES! IT’S RIGHT UP YOUR ALLEY! GET ON IT!’  The thing was, with my thesis deadline looming I wasn’t sure how ready I was to commit to a series people kept assuring me would take over my whole life.  Plus, I was in the middle of my first ever Buffy the Vampire Slayer viewing (my flatmate and I had a great system: every time I wrote a thousand words she’d give me another disk from her Buffy boxset).  To be honest, I can’t remember exactly what it was that prompted me to watch that first episode one fateful evening, probably looking for an excuse to stop writing about the ravages of syphilis on medieval skulls, but watch it I did.  I do, however, remember my exact reaction which was, ‘meh.’  Sure, that opening sequence was very cool, Sean Bean is always good value and I loved the twincest-Bran-out-of-a-window sequence.  But ultimately, I wasn’t sold.  I didn’t really feel a connection to any of the characters and frankly I was a bit confused at all the goings on.  But then, those skulls with the syphilis were raising their ugly heads, so I pressed on with a second episode, then a third, finally arriving at Cripples, Bastards and Broken Things. And there I found my emotional hook, in Samwell Tarly. 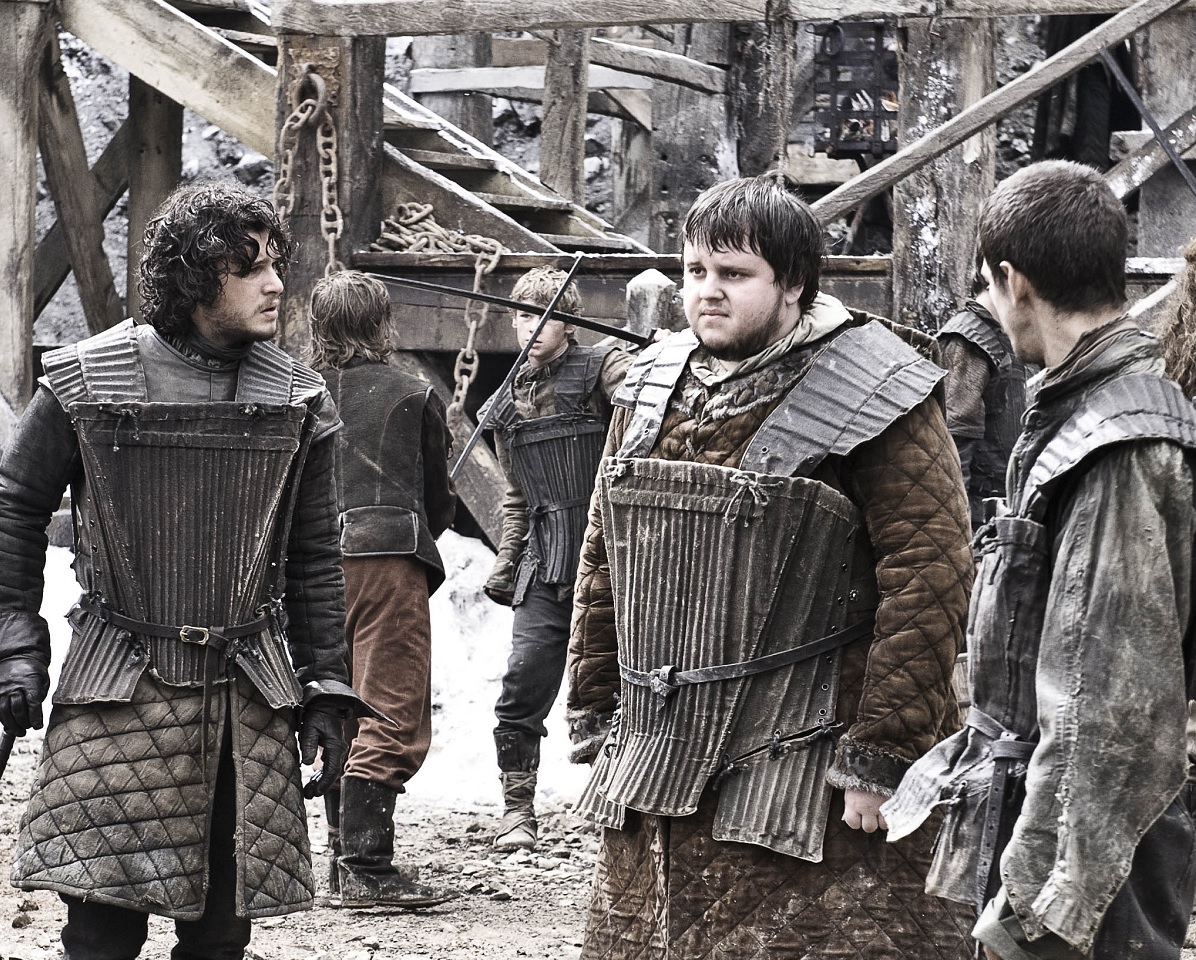 I fell in love with this bumbling brother.  Smart, abused, overweight and nervous, I instantly felt a connection.  I could find time for the haughty monarchs and noble warriors alongside this lovable book-worm; I just wanted to reach through the screen and hug him.  Suddenly, the rest of the show seemed to fall into place around me and began to really enjoy it.  A friend lent me the first book, and I devoured that before I even finished watching the rest of the series.  I began writing little Twitter recaps, disgruntled blog posts about book-to-show changes and lurking on internet forums, which led me to Winter is Coming and then, of course, to Watchers on the Wall.

By this time I’d left university, firstly for a stint abroad in Iceland, and then to a new city to live with my partner.  It was a stressful and often fractious time in my life, and with no-one close to me following the show, I felt a real sense of camaraderie and friendship in this wonderful online community, especially since deciding to live tweet along with the US broadcasts a few years ago.  It’s more than worth pushing my coffee maker to the limit in the mornings to stay up with you all and share our love for this extraordinary show.  I’ve even ended up on BBC Radio seven times talking about Game of Thrones, although that’s probably just because I’m cheaper than an actual expert. 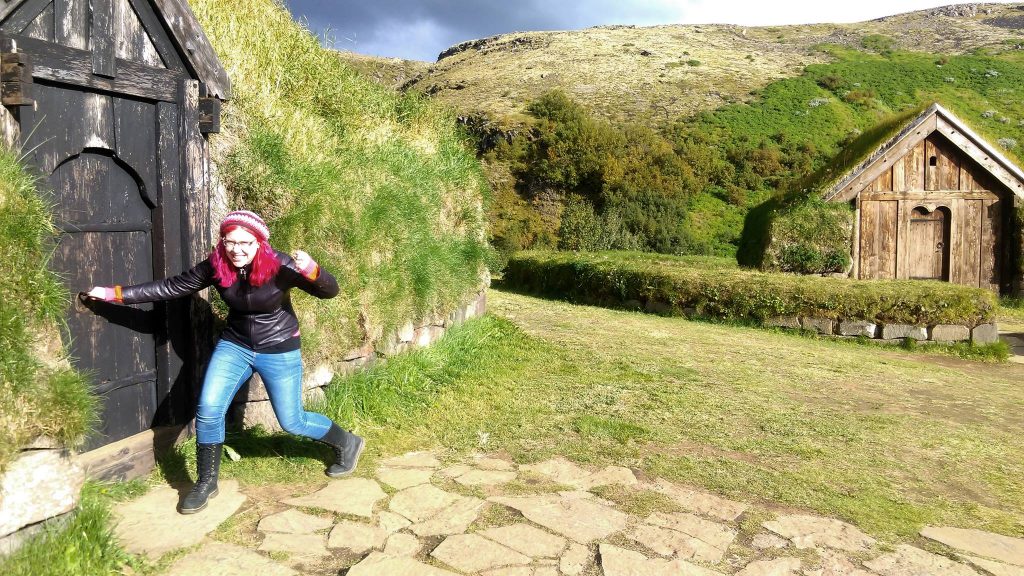 There aren’t any photos of me in the BBC studio, so here’s one of me trying to break into Olly’s house.

There’s another level to my love affair with Game of Thrones, an academic one, and that all began with Samwell Tarly as well.  For several years my focus had been on disability and disease in the archaeological record, but even as I was finishing off my thesis and beginning my new career as a field archaeologist, I was already beginning to wonder if my scholarly pursuits lay in another direction.  I was becoming increasingly disillusioned with the treatment of overweight and disabled characters in genre fiction, generally cast as villains or objects of pity, and I’d found a welcome home for my angry rants on the subject in the body positivity community.  Now Game of Thrones is far from perfect in this regard, and I won’t pretend otherwise.  But in characters like Samwell, Tyrion and Bran I’d finally found something which didn’t degrade or disregard its protagonists simply for being different.

I decided to switch focus and ended up taking a Masters’ Degree in social anthropology, crafting my thesis around public reaction to protagonists with different body types.  Unsurprisingly, Samwell, Tyrion and Brienne all featured quite prominently.  Following this I was asked to lecture at an International Weight Stigma Conference in Reykjavik, at which I received not only the Best Oral Presentation Award, but also a standing ovation following these gifs of John Bradley.

(No offence to John, but the applause might have been because I’d threatened to do an interpretive dance if my gifs didn’t work properly.  It was a dodgy projector)

It was undoubtedly John and his brilliant and sensitive portrayal of Samwell that not only drew me into the fandom that I’m so proud to be a part of, but who also gave the impetus and the confidence to switch my research focus to representation in the media.  Game of Thrones will soon be over, and I know adjusting to life without it will be strange, but I’m already looking forward to what comes next; you better believe my PhD will feature Samwell somewhere.  Maybe just a cut-out-and-keep picture to my superiors sweet.  Everyone needs a little Samwell in their lives.  I know I did.

I’m Lady Geoffery and you can read my thesis here and find mostly my angry rants about disabled villains here.