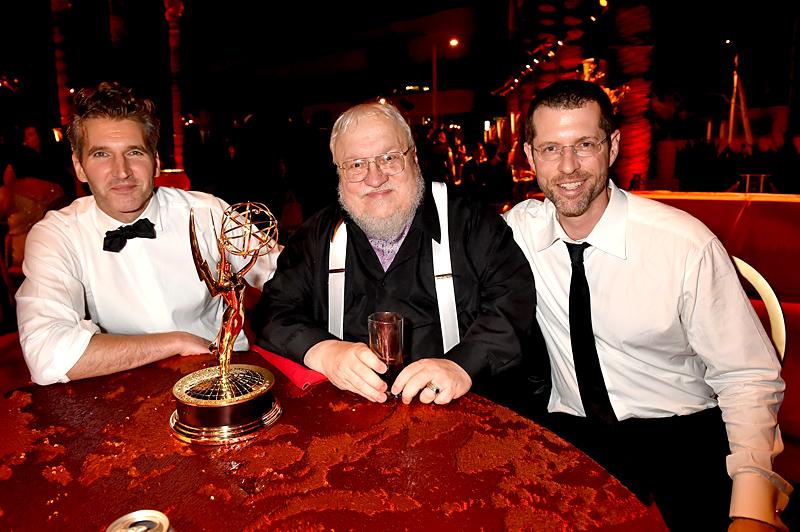 Fans have often expressed the desire to see A Song of Ice and Fire author George R. R. Martin turn up in Game of Thrones, but it looks like that will never happen. Entertainment Weekly reports that Martin was actually offered a cameo in the upcoming final season- but the author said no!

Martins tells EW, “David [Benioff] and Dan [Weiss] invited me to a cameo in one of the final episodes, which I was tempted to do…But I didn’t think just for the sake of a cameo I could take the time to return to Belfast.”

In the EW report, we’re reminded of Martin’s cameo in the original ill-fated Game of Thrones pilot, where the writer turned up as a guest at Dany’s wedding.  Over the years, fan have often wondered if Martin would pop up at a different wedding (c’mon, it would’ve been amazing to see him getting killed at the Twins) but alas it never came to be. I suppose we can appreciate the silver lining- that GRRM’s focus is on writing, and just did not want to take the time to travel. It’s hard to complain about that!