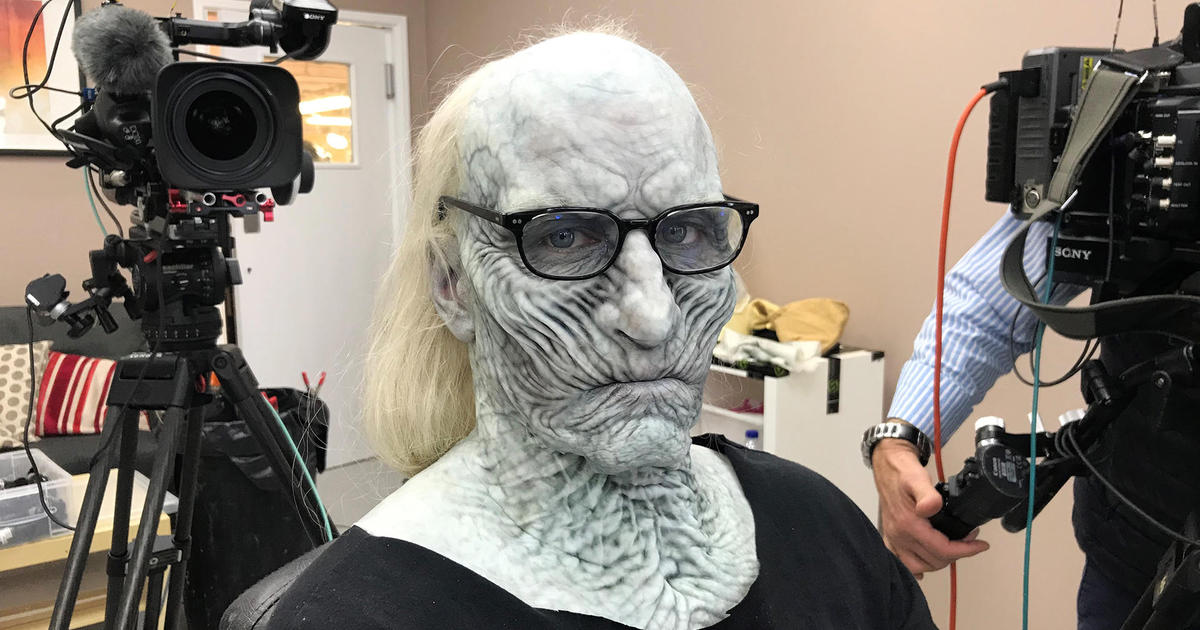 The countdown is on, and with three [long, dark] nights [assuredly full of terrors] until the final season of Game of Thrones debuts, the news continues to pour in like crazy. Nikolaj Coster-Waldau (Ser Jaime Lannister) is flying from coast to coast to catch in a last-ditch effort to catch every last talk show host before the final season debuts, while the rest of the cast is fielding press junkets left and right. Meanwhile, a CNN personality flies to Belfast, all while slowly turning into a white walker. Only on Game of Thrones, right? Let’s get to it.

On The Late Show with James Corden, Nikolaj recounts the “unbelievably bad” pilot. “No one should have picked that up,” he quips. Turns out, the cast sat down with (showrunners) David Benioff and Dan Weiss to watch the original pilot. Oh, how I’d have killed to be in the room and see what a low-budget, high concept fantasy pilot was like. And to think of the cast differences! Jennifer Ehle had played Catelyn Stark in the original pilot, and Tamzin Merchant of The Tudors fame had played Daenerys. I have no familiarity with Jennifer Ehle, but having seen The Tudors (really a great show, do please find it if you have time), it’s mind boggling to imagine how different a take she would have had on our beloved dragon queen. The butterfly effect is a crazy thing.

Meanwhile, in a very odd pairing, Gemma Whelan (Yara Greyjoy) and Iain Glen (Ser Jorah Mormont, the Andal of Bear Island and all around best character on GOT) got together for an interview. While the above is written in Spanish, the interview clip is in English. There’s not too much to report, but, while drinking his tea, Iain does let slip that he was in “floods of tears” while dreading about the ending of the show.

Meanwhile, ‘Mophie,’ as Maisie Williams (Arya Stark) and Sophie Turner (Sansa Stark) call themselves, did a team interview on GMA with Strahan & Sara. My favourite bit from this clip is that Maisie says that although GOT is ending, she won’t miss Kit Harington (Jon Snow) because “he lives three minutes from me.” And – oh, was it spoilers for season 8 you wanted? Sorry, Sophie was really good at that. Here’s a tease: “There’s a lot of mud, and blood, and snow, and fire.” Well jeez, thanks guys.

And finally, get excited because CBS staple 60 Minutes will air a pre-recorded interview with various cast and crew members, courtesy of chiseled hunk, and self-professed GOT nerd, Anderson Cooper. How do I know he’s a GOT nerd? Well, on The Late Show with Stephen Colbert, Anderson revealed two important aspects of his GOT-related nerdiness: One, the more headline-catching part includes Anderson’s trip to the set in Belfast, visiting Castle Black, the prop storage room, and donning a ton of makeup to become a white walker – truly all very cool stuff! But two is Anderson’s inability to focus on anything Kit was saying in an interview because Anderson was too busy swooning his way through the whole thing. It’s really great and you should watch and enjoy because I could never do his reaction justice: