Nikolaj Coster-Waldau on Jaime's "act of love" to Brienne; "silence before the storm" episode; "breathtaking" Season 8 battle | Watchers on the Wall | A Game of Thrones Community for Breaking News, Casting, and Commentary 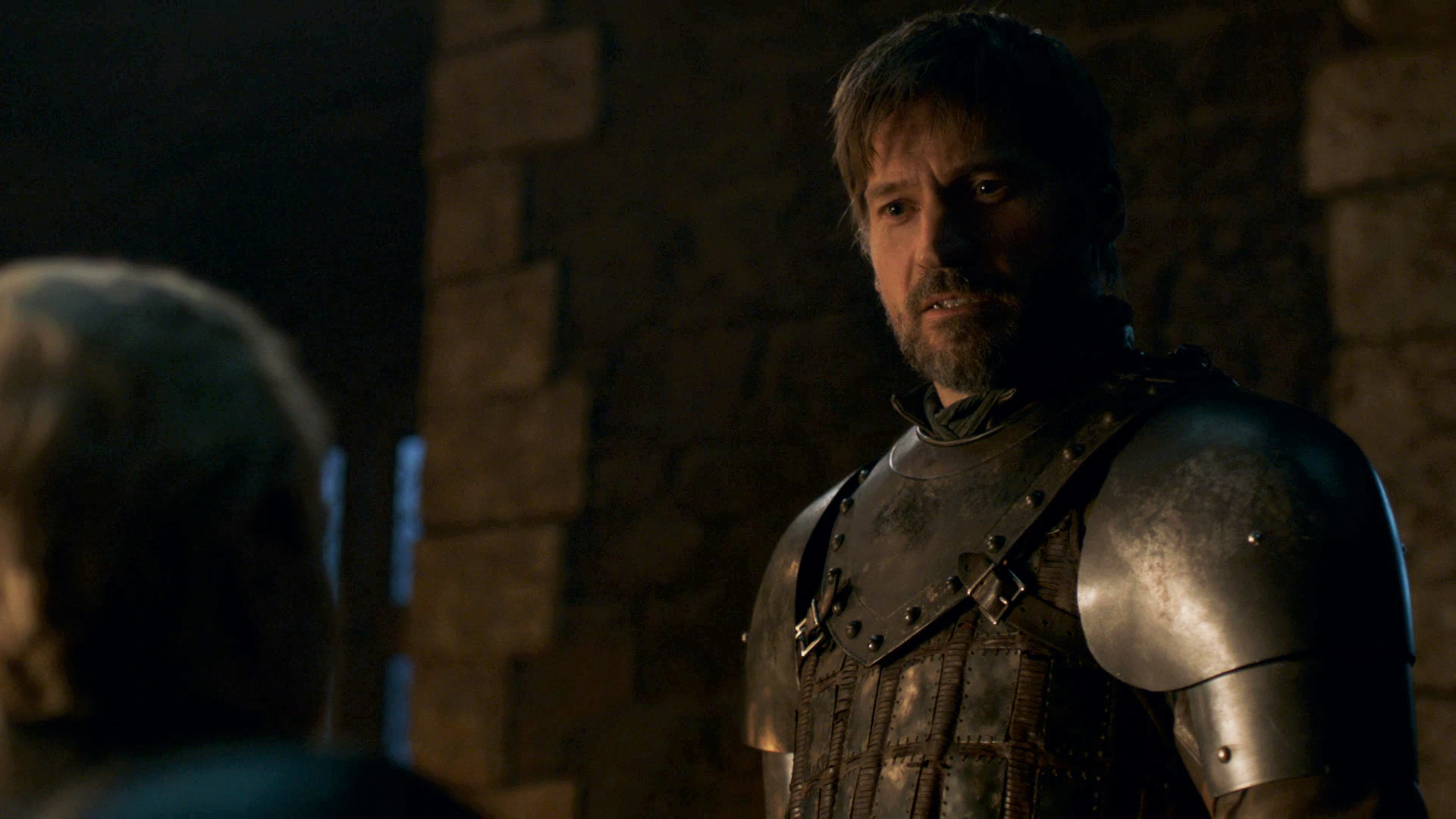 As the most character-focused Game of Thrones episode in quite some time, this past Sunday’s “A Knight of the Seven Kingdoms” gave the actors much to work with, and us much to chew on. In a new interview, Nikolaj Coster-Waldau discusses Jaime’s scene with Tyrion, which expands into a much more croweded and beautiful sequence, climaxing in Jaime knighting Brienne of Tarth, which the actor calls “an act of love.”

“[Jaime and Tyrion] really do love each other,” Coster-Waldau tells The Wrap. “They are the closest out of anyone in that family so it’s nice to see them have a good moment together after what they’ve been through, what with Tyrion killing their father and their sister trying to kill– I mean it’s not easy to go to family dinners at the Lannisters because they always end up arguing,” he jokes. “So it’s nice to have a quiet moment to share a glass of wine and share some stories. So it was beautiful to shoot that.”

As the scene continues, the brothers are joined by Brienne, Pod, Davos, and Tormund, resulting in what the actor describes as a “silence before the storm” sequence that they “had a great time” shooting. “We’ve all spent a lot of time together so that influenced the scene,” he adds. “I also think [writer] Bryan Cogman really captured how this could very well be the last time we see all of these characters. And there were so many wonderful surprises. The surprise of Daniel Portman having such an amazing voice. It really was just a special sequence and then [director] David Nutter just capturing it and the balance there, it never becomes too sentimental. It has a sentimental tone about it because you kind of know, ‘We’re probably all going to die tomorrow.’ And that’s not a spoiler, that’s just the truth — we could very well all die. And he captured that beautifully.” 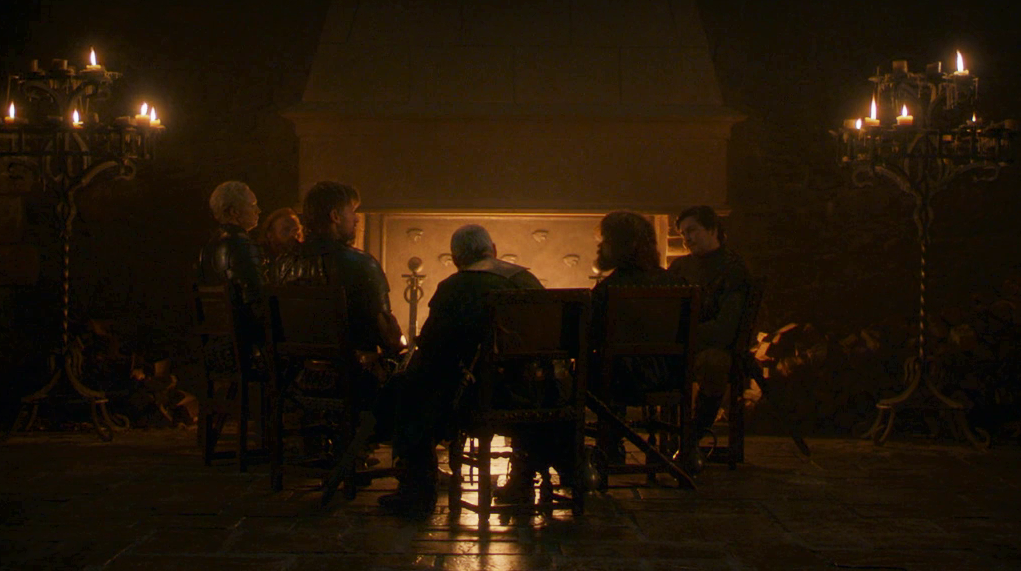 This already wonderful series of scenes climaxes in the absolutely beautiful knighting of Brienne of Tarth at the hands of Jaime, of which the actor couldn’t be happier:

“[Brienne’s] clearly a woman that he has enormous admiration for and just a human being that he admires,” Coster-Walday sys. “And we saw a scene earlier [in the episode] where he asks if he can serve under her, because he knows she is amazing at what she does and she’s a great warrior and she has all the qualities and is the most deserving of the title of knight of anyone in that world. So I think it’s obviously an act of love.”

This echoes what actress Gwendoline Christie (Ser Brienne) had to say about Jaime’s act in HBO’s Game Revealed documentary: “It’s almost like a declaration of love.”

“And I don’t think he thought of it,” the Danish actor continues, “but then when you hear Tormund Giantsbane go, ‘Well, why can’t a woman be a knight?’ and then she goes, ‘tradition,’ and he says ‘fuck tradition’… I think that inspires him, that moment. And it’s a beautiful scene, and when I saw it… I just thought Gwendoline was absolutely incredible. I mean it was incredible when we shot it, but you do so many takes and so many angles, so to see the final performance was just beautiful.”

It was, Nikolaj! It absolutely was… Just look at that teary-eyed smile! 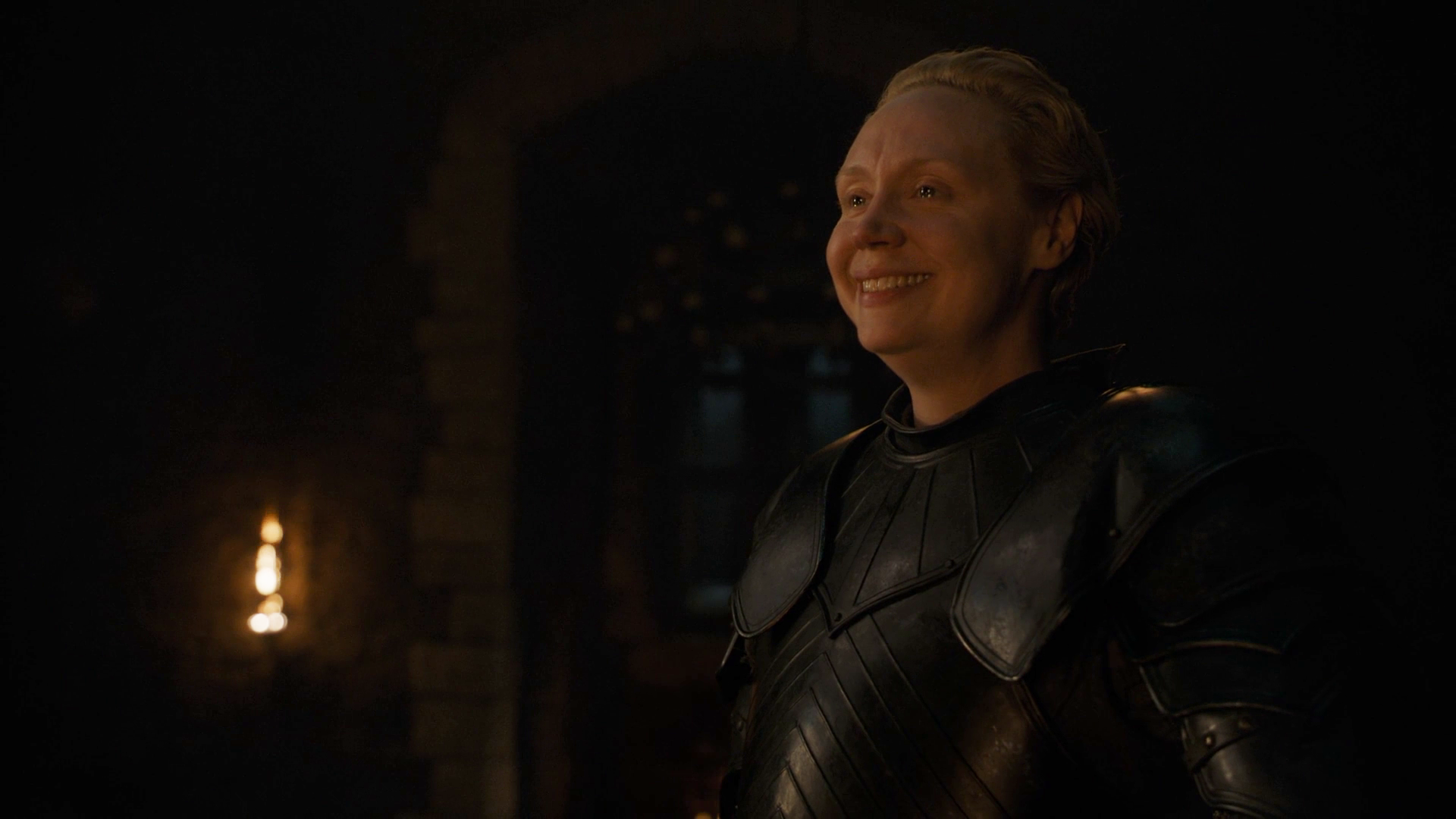 As for next week’s battle that “A Knight of the Seven Kingdoms” was preparing us for, both emotionally and strategically, Coster-Waldau is obviously reticent to share too much, but he does say he “wouldn’t put money on no one being hurt.” You don’t say?!

“On purely a logistical and technical level, just working with [director] Miguel [Sapochnik], and what him and the crew came up with and pulled off was breathtaking,” he allows himself to say. “Even though it was a tough shoot you were so inspired by going to set and being part of something that was so massive… I really cannot wait to see it, because the crew just worked their asses off and I think it will show.”

I cannot way to see it either! I was already excited for the battle because of its significance and its astounding production, but after reconnecting with so many characters this episode, the next one will be extra special. As for the rest of the interview, which includes insight into Jaime’s scene with Bran, you can read it here.