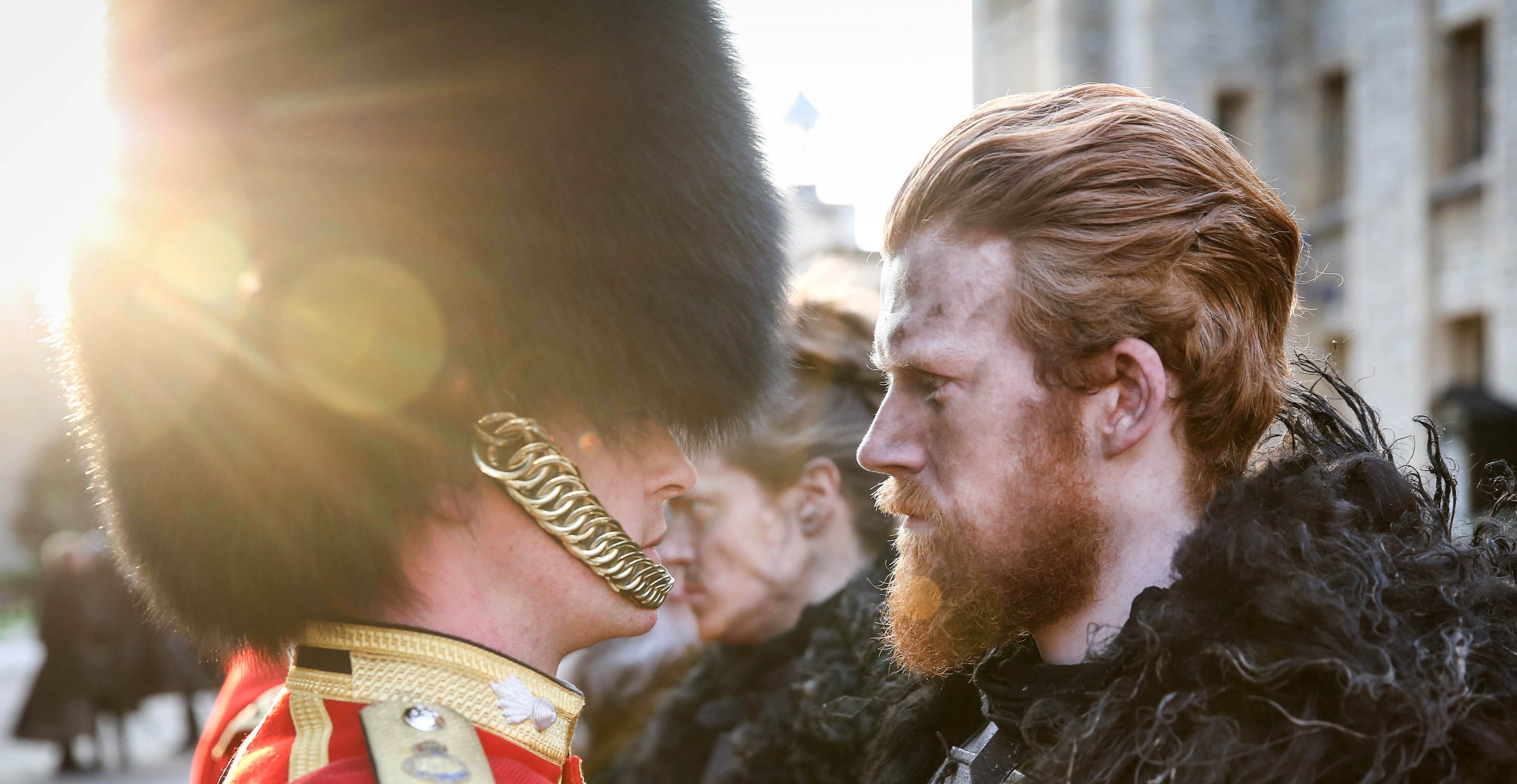 The Night’s Watch celebrate the launch of Game of Thrones Season 8 with the Coldstream Guards Band of the British Army in Sky Atlantic event. Photo: Matt Alexander/PA Wire

This past Monday, Tower of London visitors were treated to a jaw-dropping spectacle as the British Army’s Coldstream Guards performed a rendition of the Game of Thrones theme tune as the show’s own Night’s Watch performed a unique military display.

Reportedly, Sky Atlantic partnered with the British Army to choreograph the spectacle. As you can see in the video below, the crowds had been expecting a traditional changing of sentry duty from the Coldstream Guards as they played ‘The Standard of St George March’ before suddenly switching into the Game of Thrones theme song.

Then, the Night’s Watch emerged from the Bloody Tower (a great Thrones name… or, considering the Tower’s long and bloody history, maybe it’s the other way around), and marched to music from the Band of the Coldstream Guards and put on a dramatic sword performance. The military spectacle was orchestrated by British Game of Thrones broadcaster Sky Atlantic to celebrate the launch of season eight in a matter of days.

Speaking about the role of the Coldstream Guards in the stunt, Sergeant Major Richard Maddocks said: “We play all over the world at all sorts of concerts and events, but this was genuinely a career highlight for all of us seasoned Members of the Coldstream Guards Band. Given it’s a favourite TV programme of many of ours made it an extra special experience. The Night’s Watch delighted and stunned their audience and challenged us into looking our sharpest and playing our military best!”

“We have partnered with the British Army to give fans an unforgettable experience ahead of the launch of the eighth and final series of Game of Thrones,” commented Zai Bennett, Director of Programmes at Sky Entertainment UK and Ireland. “It has been a groundbreaking seven years and the Sky Atlantic team are as excited about what’s in store as the millions of fans and Sky Atlantic viewers who will be tuning into discover the outcome of the final battle between the living and the dead.” 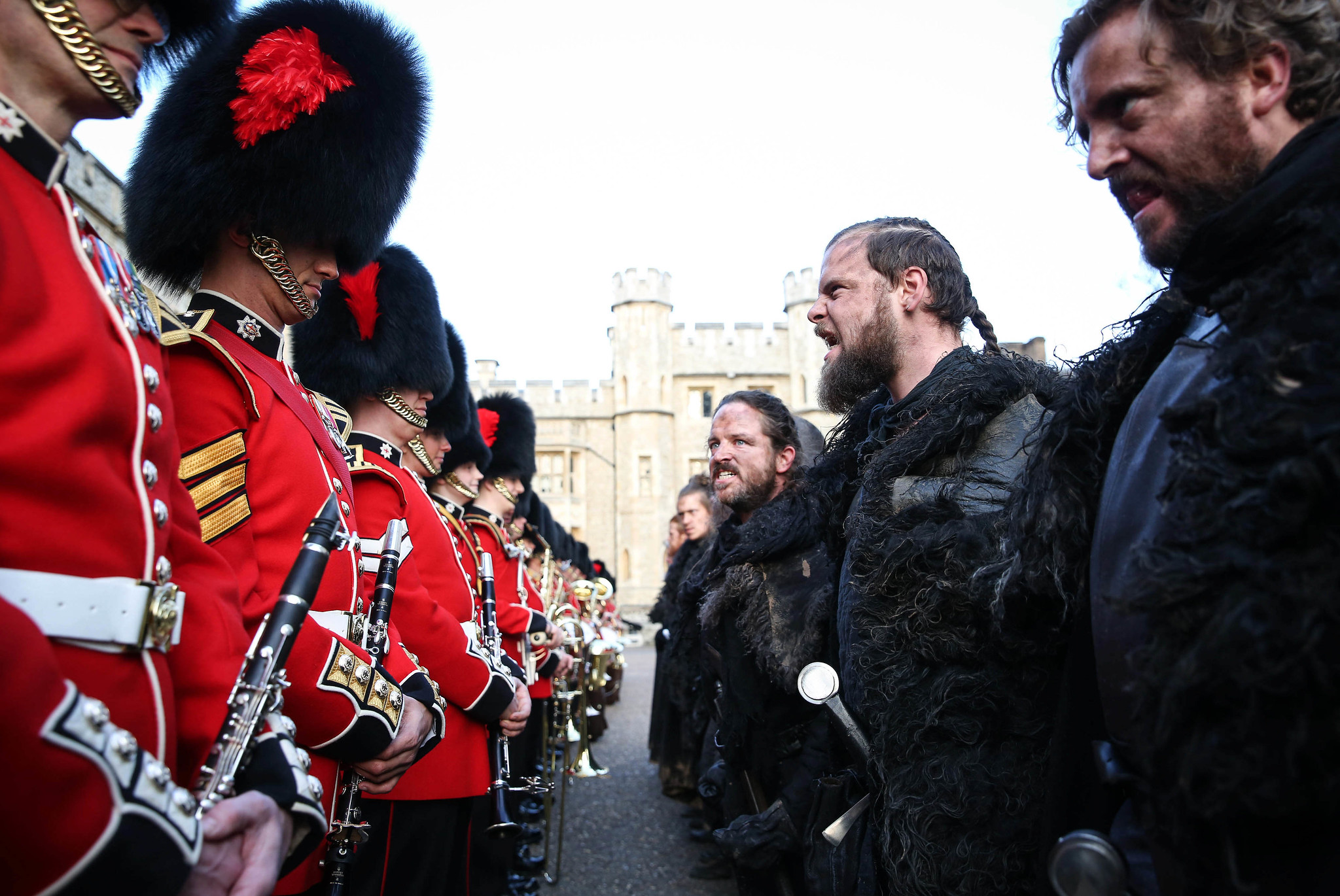 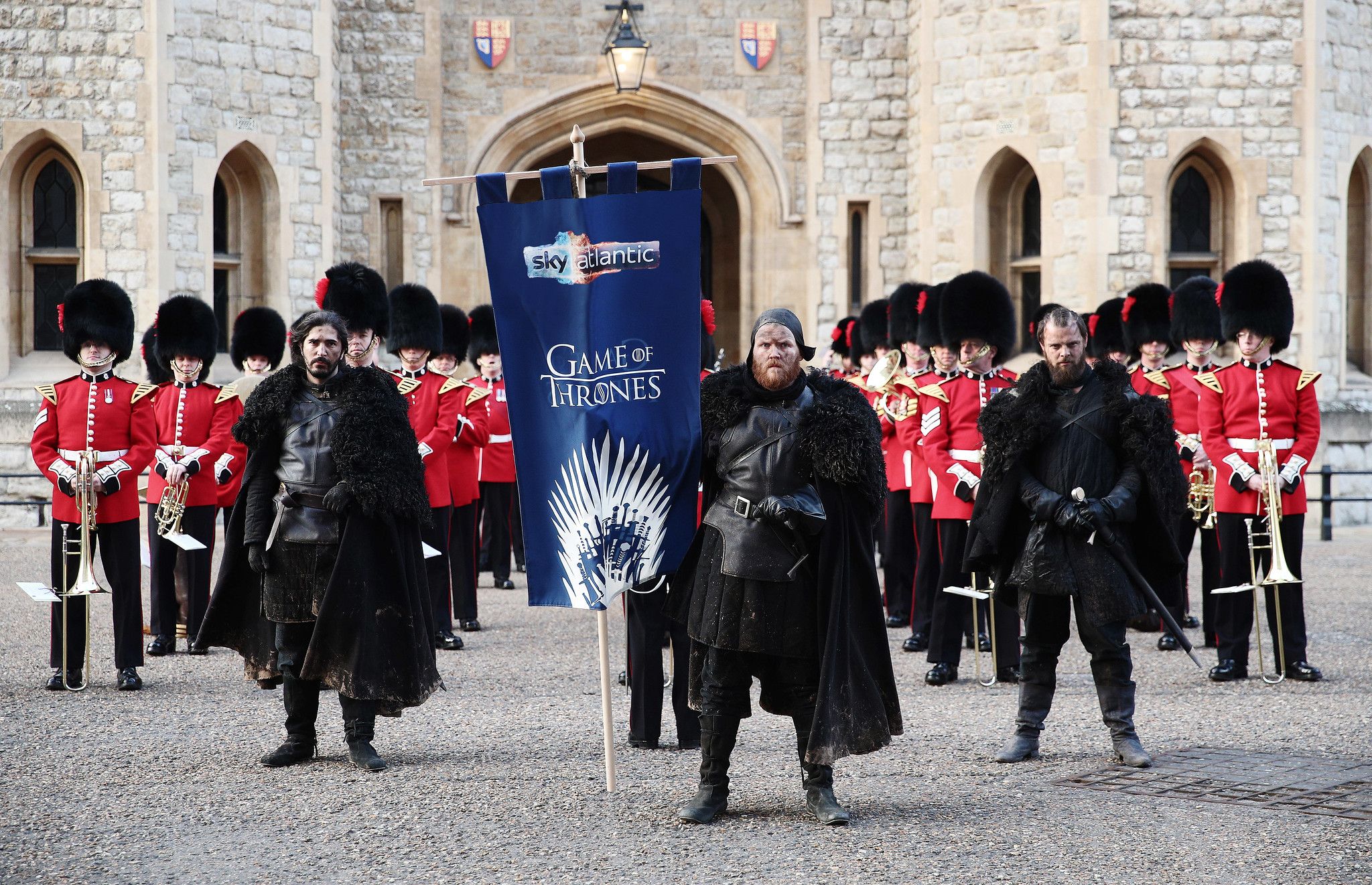 Twelve actors were transformed into the Night’s Watch for the spectacle, by an expert team of stylists and make-up artists. Each actor wore a custom-made costume that took ten weeks to create.