The Night's Cast Episode 23: Series Finale, "The Iron Throne," Recap and Reactions | Watchers on the Wall | A Game of Thrones Community for Breaking News, Casting, and Commentary 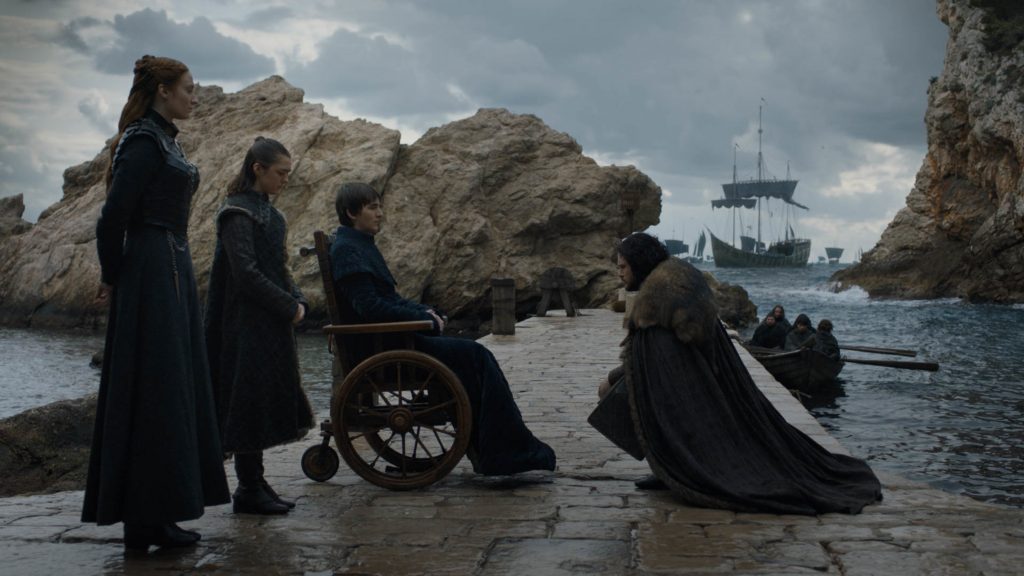 All hail the Starks — can we safely say they won the game of thrones? I think we can.

Well…it’s come and gone, folks. The series finale of the most epic, incredible series we’ve ever seen splash across our TV screens. We here at The Night’s Cast, the official podcast of Watchers on the Wall, have had time to let our Thoughts and Opinions marinate, and this week we recap and react — for the last time — to Season 8, Episode 6, “The Iron Throne.”

Join Axey, Vanessa and Samantha as they talk through happy endings, not-so-happy endings, their feelings on the show coming to an end, and what being a part of the incredible fandom has meant to them.

The Night’s Cast will be taking a short hiatus until July, when we’ll be recording a live episode at this year’s Con of Thrones in Nashville! Please join us in person if you can (you can get $25 off General, Valyrian and Kingslayer passes until the end of the day today) or keep an eye out for the recording to be released the week of July 15!