The Night’s Cast Episode 13: Recapping ‘Eastwatch’ with special guests Maester Monthly! | Watchers on the Wall | A Game of Thrones Community for Breaking News, Casting, and Commentary 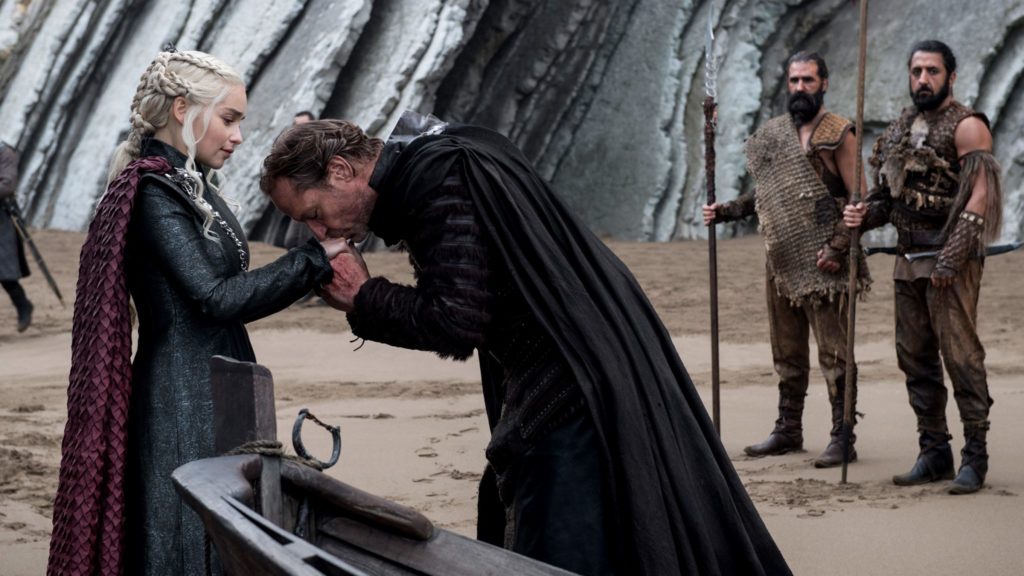 “Eastwatch” isn’t perfect, but this heartfelt goodbye between Dany and Jorah is a nice moment.

Dragonflame and charging Dothraki hordes are a tough act to follow — and Season 7 had its share of ups and downs — but Episode 5, “Eastwatch,” filled the bill nicely. Or at least that’s the conclusion we came to on this week’s episode of The Night’s Cast, the official podcast of Watchers on the Wall.

Join Vanessa, Bex, Samantha and special guests Michael and Matt (also known as Watchers’ very own JoeMagician) of Maester Monthly as we talk Episode 5 and somehow find a way to fit in more than one reference to Limp Bizkit!