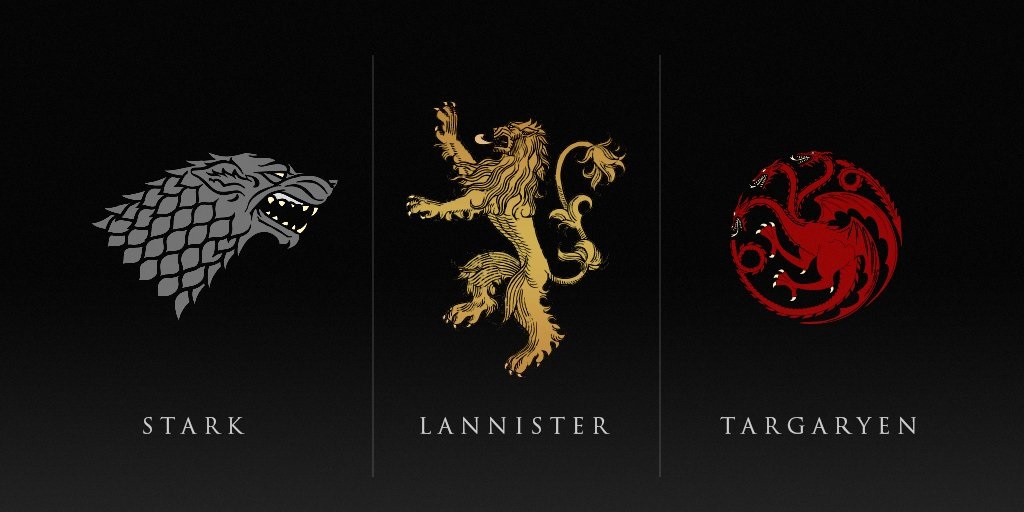 On Twitter today, HBO unveiled three new promo videos teasing Game of Thrones season 6 featuring the sigils of three great houses- and the threats to each of those families. We’ve gathered up all three clips here for your enjoyment.

The first, focusing on House Stark, includes Iwan Rheon’s voice speaking as Ramsay Bolton, declaring Winterfell to be his. But with the Stark flag flying, how long will that remain true in season 6?

House Lannister’s video features Jonathan Pryce as the High Sparrow (with a cameo by Septa Unella’s ‘Shame’ chorus), threatening to overthrow their empire.

The final clips centers on House Targaryen, and the Dothraki threat Daenerys finds herself up against in season 6. The Dothraki voice mocks her titles as the Targaryen flag burns. I’m not certain which character is narrating, though it may be Joe Naufahu as Khal Jhaqo.

It’s great to see the promo campaign for season 6 begin in earnest! What do you think of the newest teases?