New pics of Maisie Williams, Mark Gatiss and more in Game of Thrones filming | Watchers on the Wall | A Game of Thrones Community for Breaking News, Casting, and Commentary 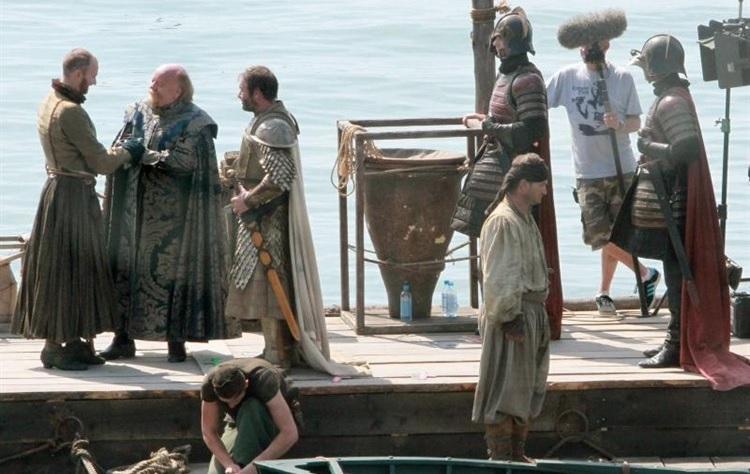 The excitement in Kastel Gomilica continues, as Game of Thrones filming rolls on with Maisie Williams, Mark Gatiss, Ian Beattie and Roger Ashton-Griffiths.

The newest crop of photos provides an exciting hint of season five, as the presence of some characters in this location is a change from the books.

The Iron Banker Tycho Nestoris, played by Mark Gatiss, appears to be on the waterfront in Braavos, greeting Mace Tyrell (Roger Ashton-Griffiths), an envoy from Westeros. Tyrell is guarded by Ser Meryn Trant (Ian Beattie), a longstanding member of the Kingsguard.

Maisie Williams can be spotted in the photo below, chatting with executive producer Dan Weiss. 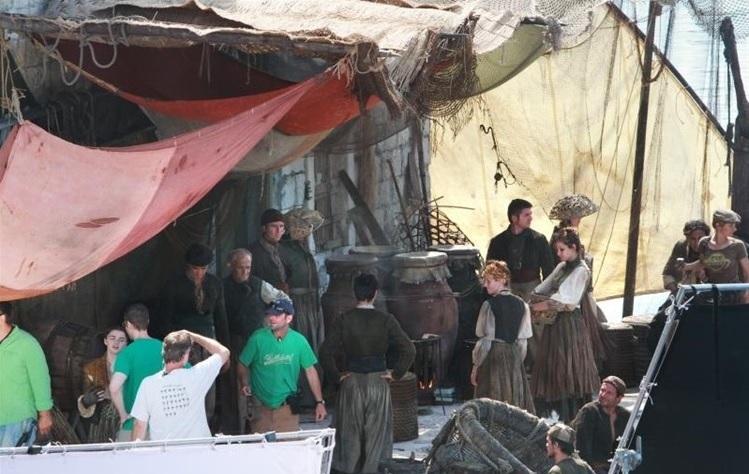 It appears likely that Mace Tyrell is taking the role of Harys Swyft, as the man who works with the Iron Bank in the matter of the Westerosi Crown’s debts, and visits Braavos as part of that task. With that in mind, does this mean Meryn Trant is taking Raff the Sweetling’s place in the Braavos plot?

More photos from the day’s filming: 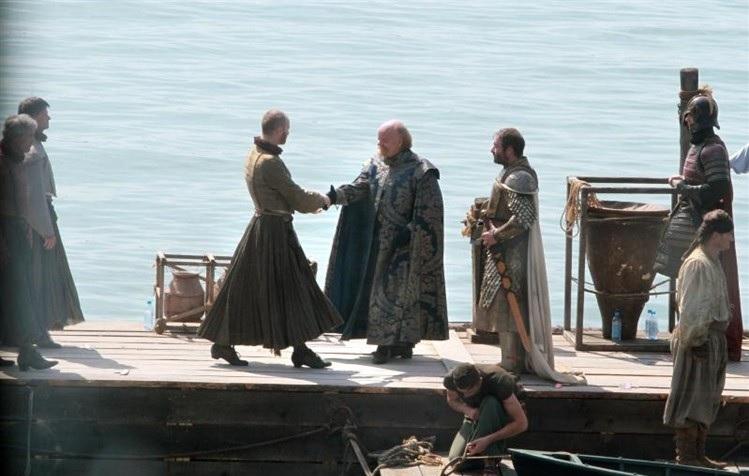 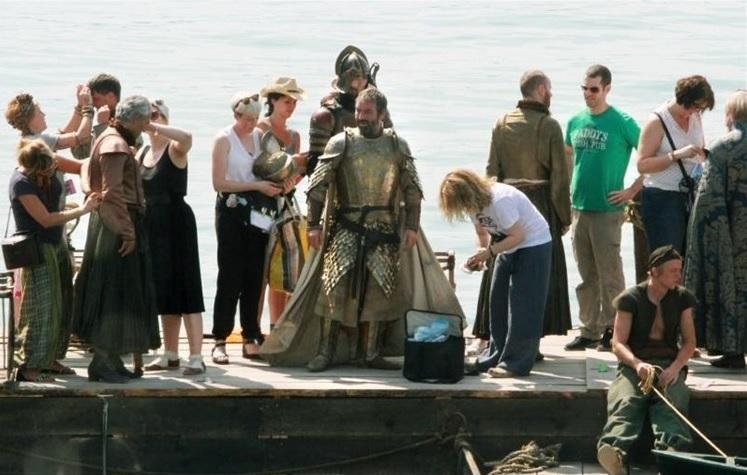 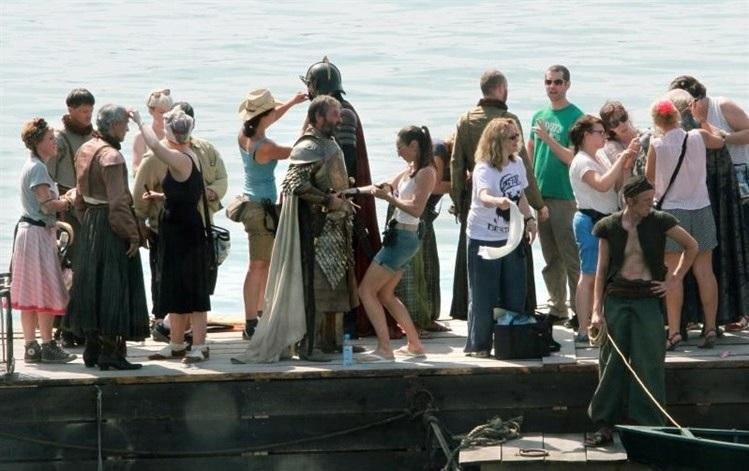 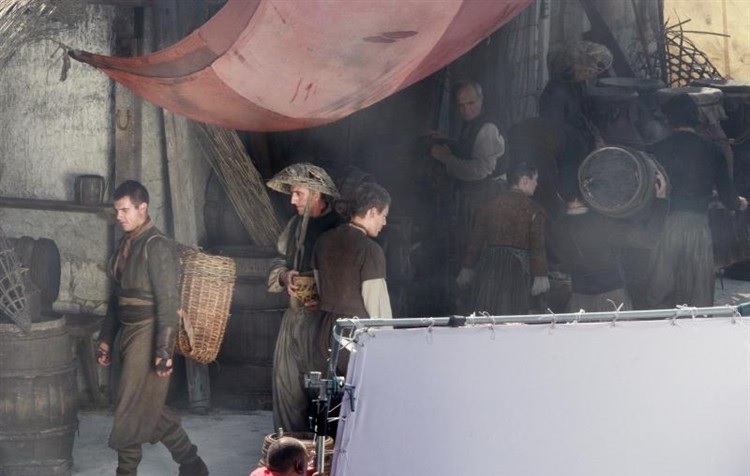 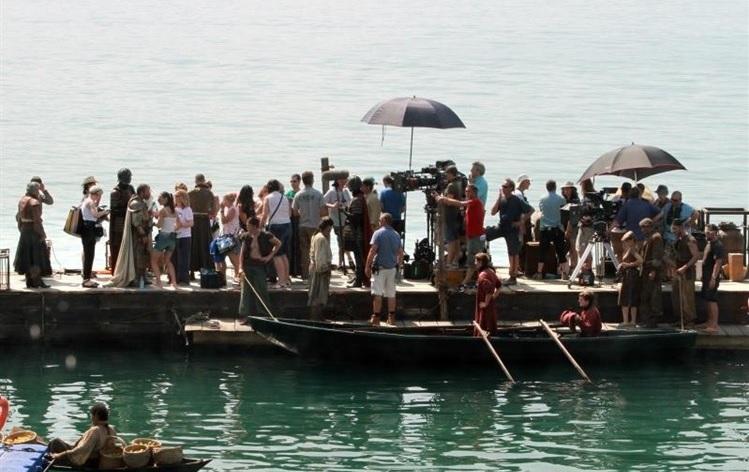 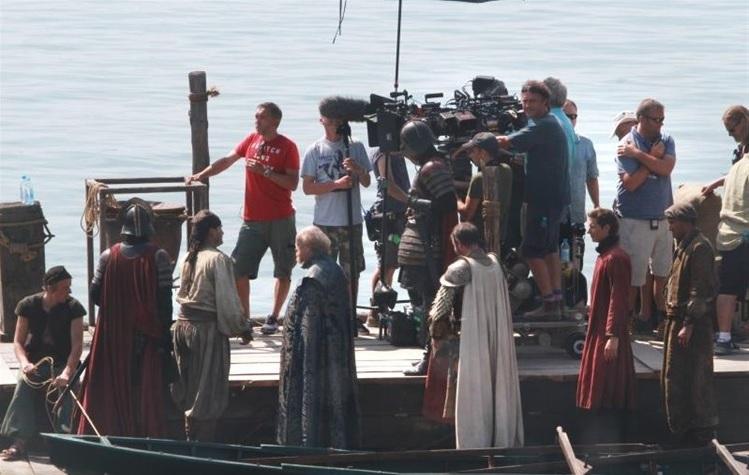 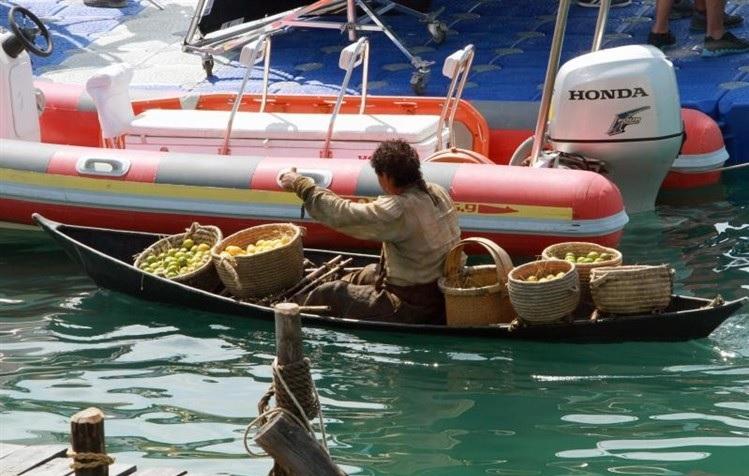 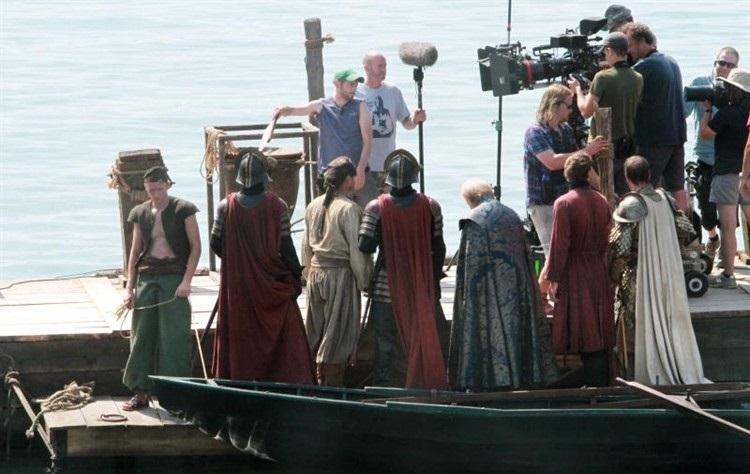 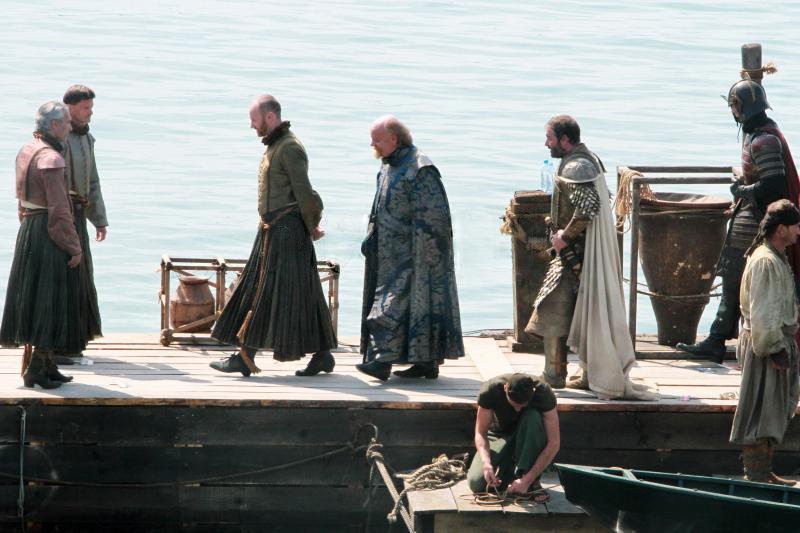 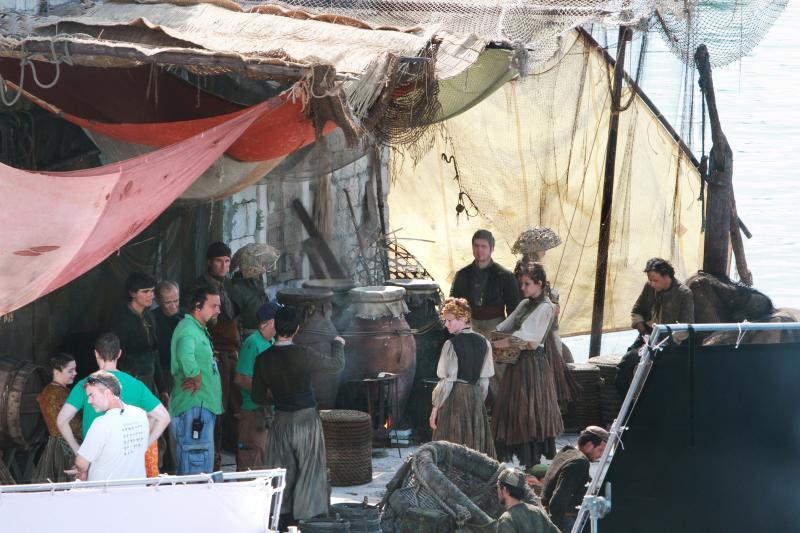 We have more photos of the Kastel Gomilica filming, courtesy of Goran Leš and Split.com.hr: 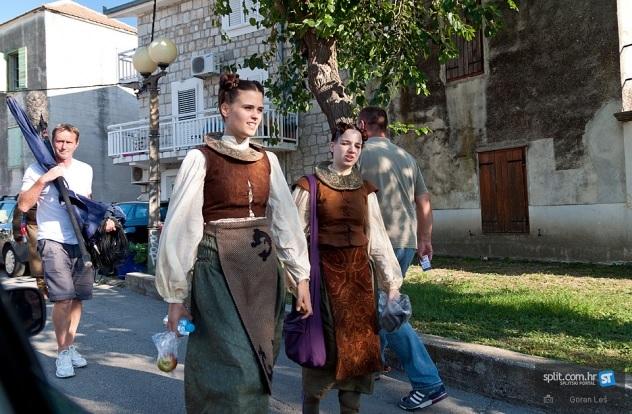 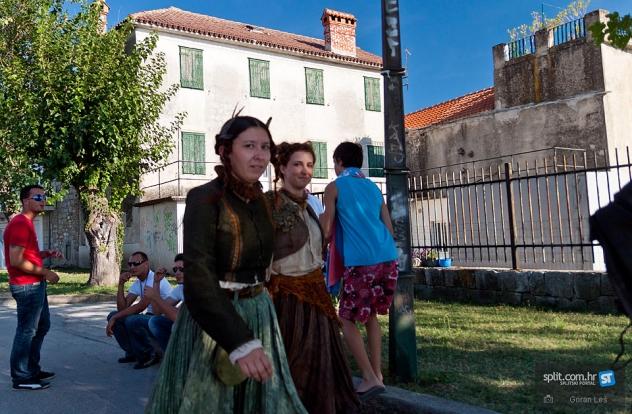 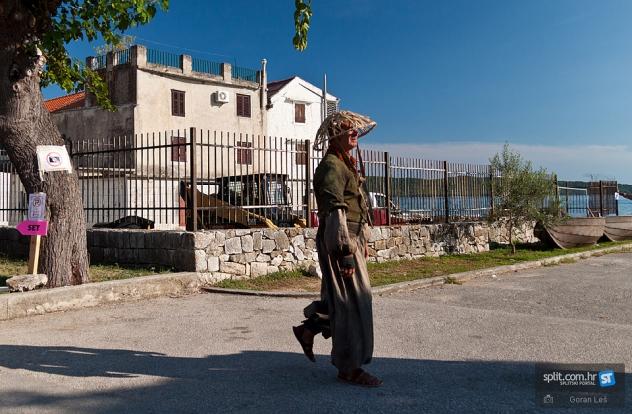 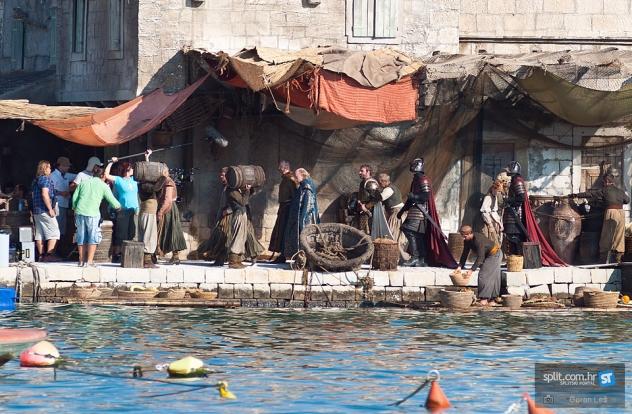 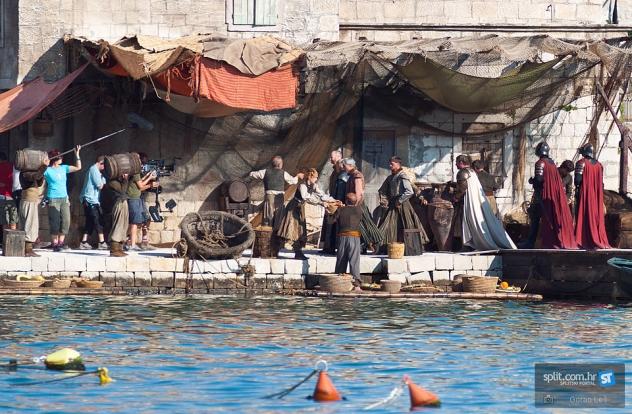 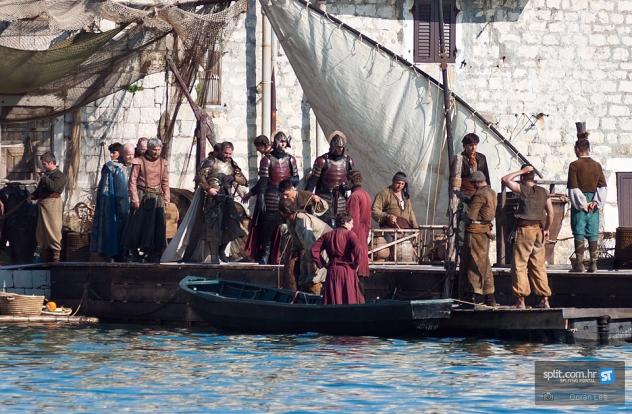 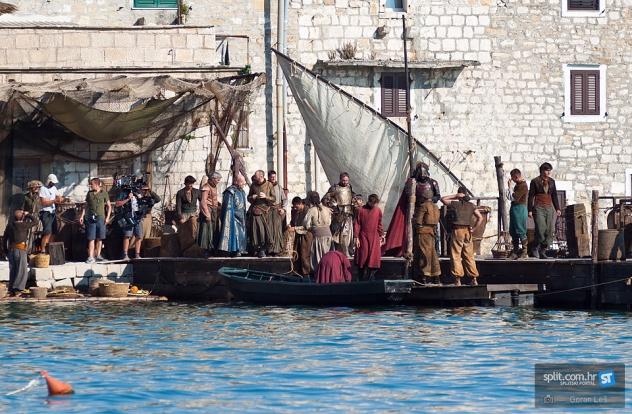 There are more photos in Split.com.hr‘s gallery, so be sure to visit the site.