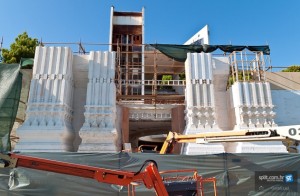 First revealed on Thursday, Game of Thrones has made more progress on the new sets being built in Split, Croatia for season 5.

Today, Split.com.hr has a fresh batch of photos of the work being done in the Duilovo area, in front of the old Hotel Zagreb. It’s unknown at this time what purpose is intended for the location but popular speculation points to the columned set being used in the storylines for either Braavos or Meereen.

It’s believed that filming will begin in the Split and Kastela region in the next couple weeks.

Photos beneath the cut! 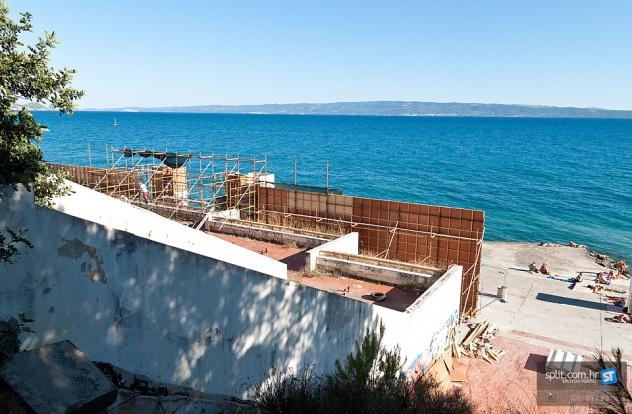 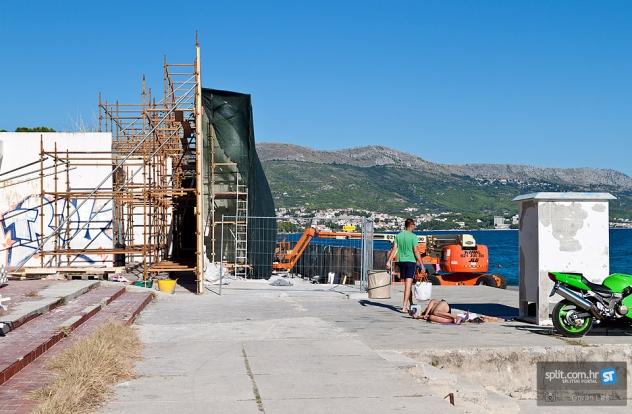 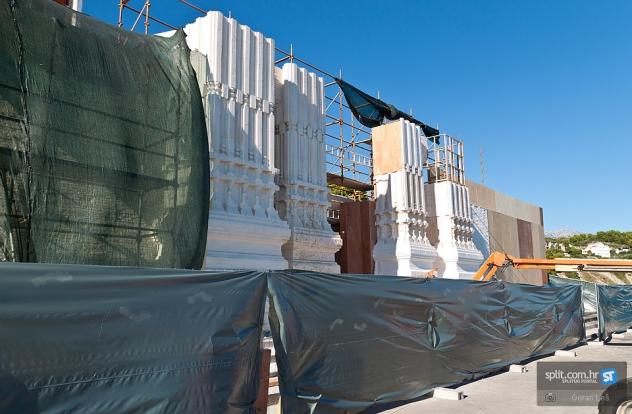 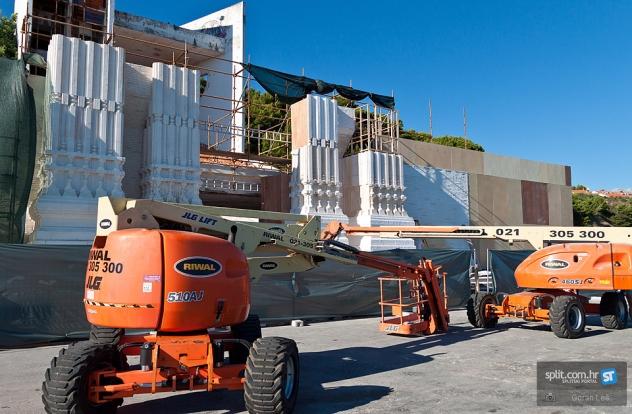 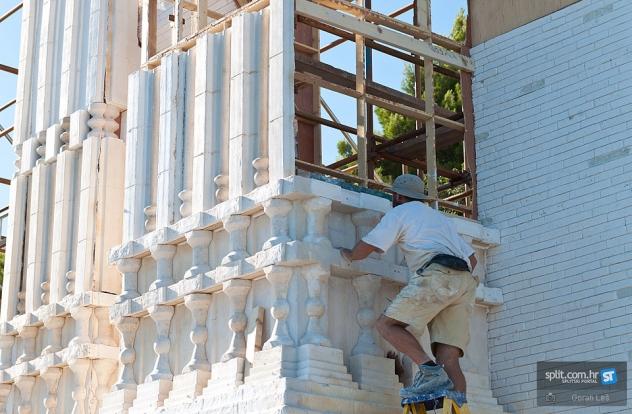