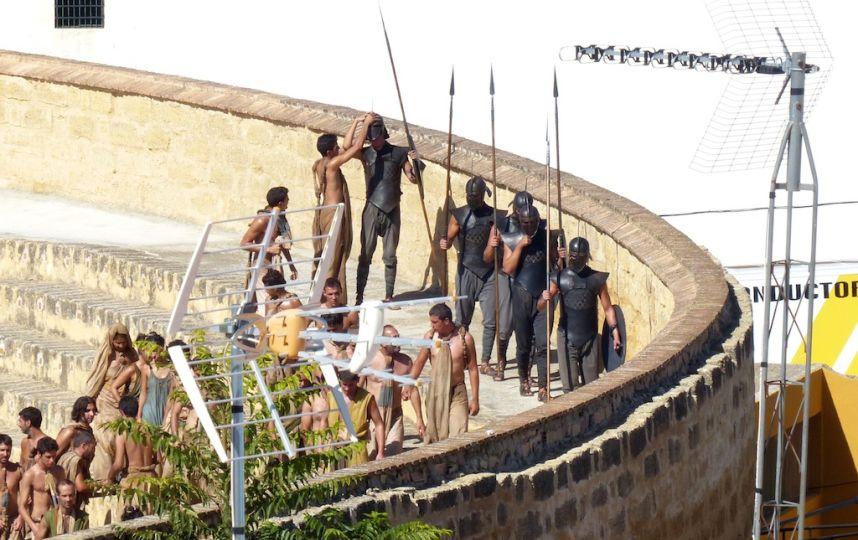 Game of Thrones season five filming has moved to Osuna, Spain, now with production largely centered about the town’s bull ring. It is generally accepted that the ring will stand in for Daznak’s Pit, the setting for a major scene in A Dance with Dragons.

France’s MetroNews has several new photos of the location shooting occurring over the last couple days, which we’ll tuck beneath a cut for spoiler reasons!

Shooting at the moment appears to be focused mostly on scenes using doubles. As we can see in the photo below, the stand-in for Tyrion Lannister (wearing a new outfit for the character) was present for filming. With Peter Dinklage already in town, we can expect to see the man himself on the set any day now. The production will be in Osuna until the end of the month. 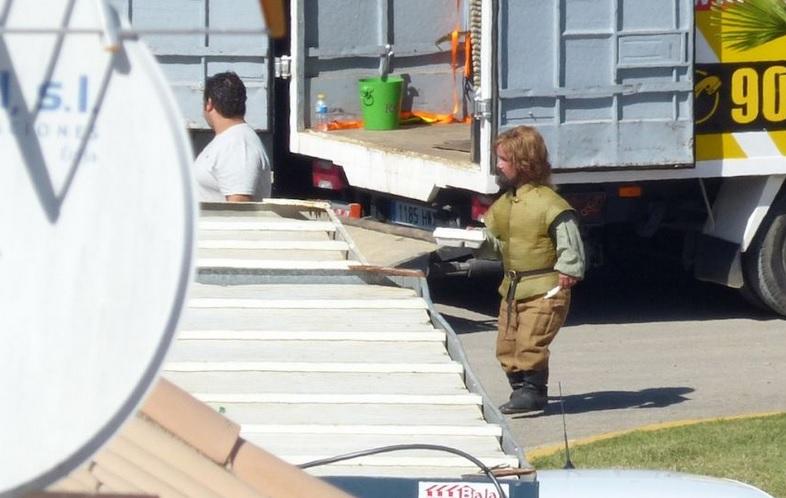 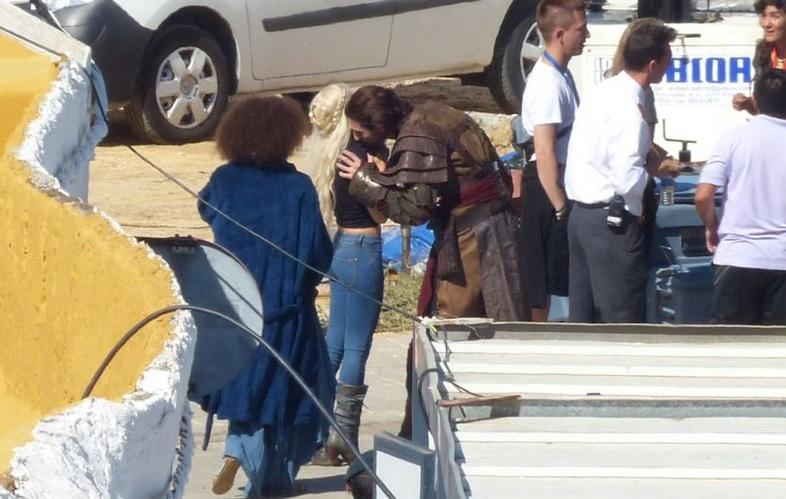 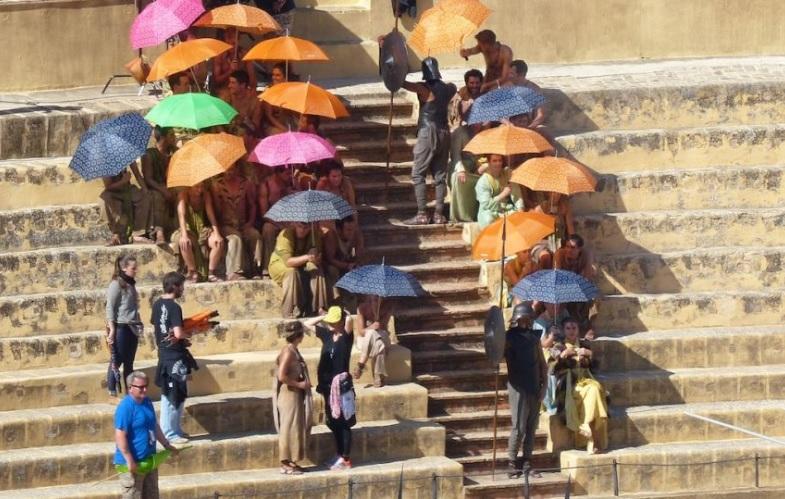 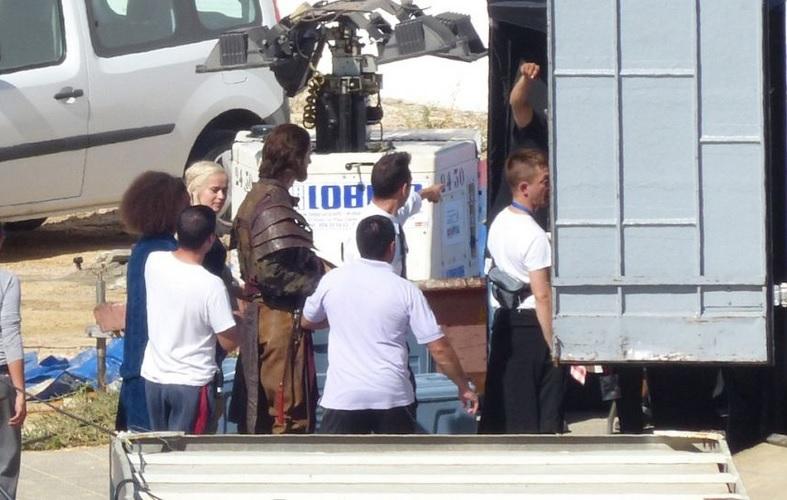 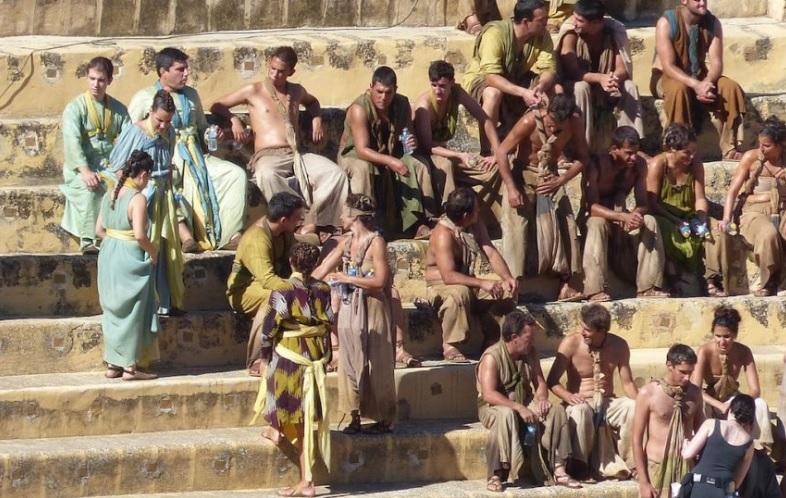 Shooting in Osuna, however, has run into a snag: the east winds, according to a tweet from this morning:

Filming may now be delayed until the green screen is fixed.