New images of Game of Thrones filming in Northern Ireland, plus huge spoilers for season 6! | Watchers on the Wall | A Game of Thrones Community for Breaking News, Casting, and Commentary 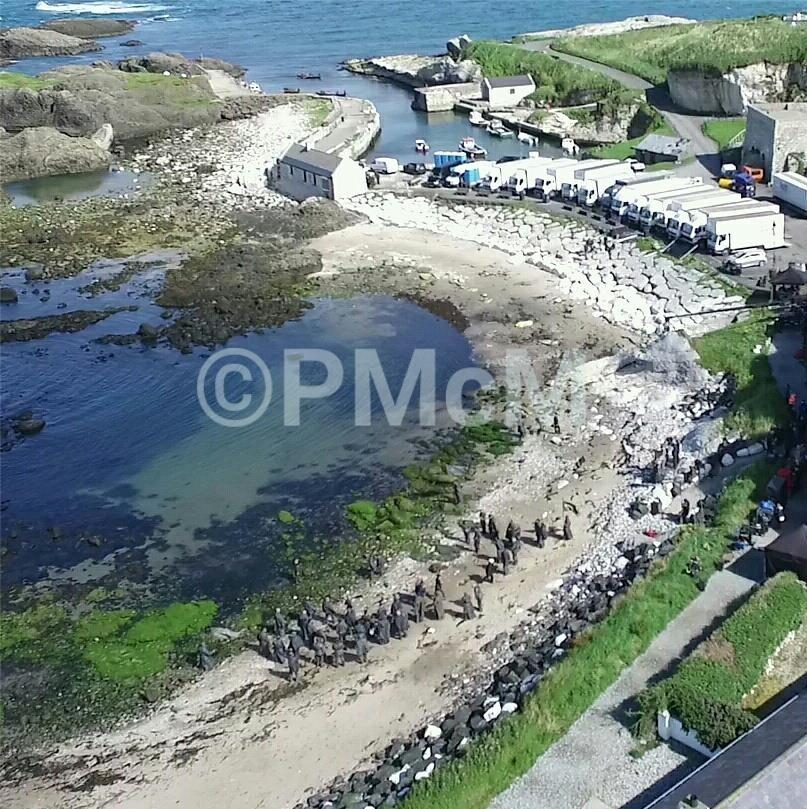 This week, Game of Thrones has taken over the scenic waterfront in Ballintoy, Northern Ireland. Ironmen have been spotted in between takes as the show filmed near the Carrick-a-Rede rope bridge and in Larrybane Park, and Pilou Asbæk has been officially confirmed as Euron Greyjoy, Theon’s uncle and a dangerous pirate.

We’ve now learned that yesterday, GoT shot more scenes around the harbor and the caves, as well as a scene on the famous rope bridge. We have photos, a video and new details of filming courtesy of friends of Watchers On The Wall.

But first, about Aeron: sources tell us Aeron Greyjoy has been cast, and is part of the shooting this week. Unfortunately we don’t know which actor is playing him – yet. He is not being played by the actor who appeared in season 2 as a Drowned Priest. Previously, it was unclear whether the priest at this week’s shooting was Aeron but our sources have confirmed the character present is Aeron. He has long white hair and can be glimpsed distantly in the video footage.

That’s right- YouTuber Eye in the Sky has captured an aerial view of the set at Ballintoy, which we’ve posted below.

MAJOR SPOILERS! Not kidding. Stop here if you don’t want to have some big surprises potentially ruined!

Two sources have confirmed that Alfie Allen was present at the Ironborn filming this week and in the large scene filmed in the video. We knew Allen was in the area, but this seals it: Theon will be returning home to the Iron Islands in season 6.

Several boats were seen yesterday, coming ashore. Men with House Greyjoy banners were spotted on the sand, also visible in the footage. Pilou Asbæk was part of the shoot, and also the actor playing Aeron, who walked among the men. Sources viewing the filming close by said there appeared to be something of a chase to the water, with people jumping into the boats and rowing.

It appears multiple scenes were shot today, potentially from different episodes: the bridge scene (if this is that book scene involving Balon) and then the shore/caves scenes, which led to action on the water. 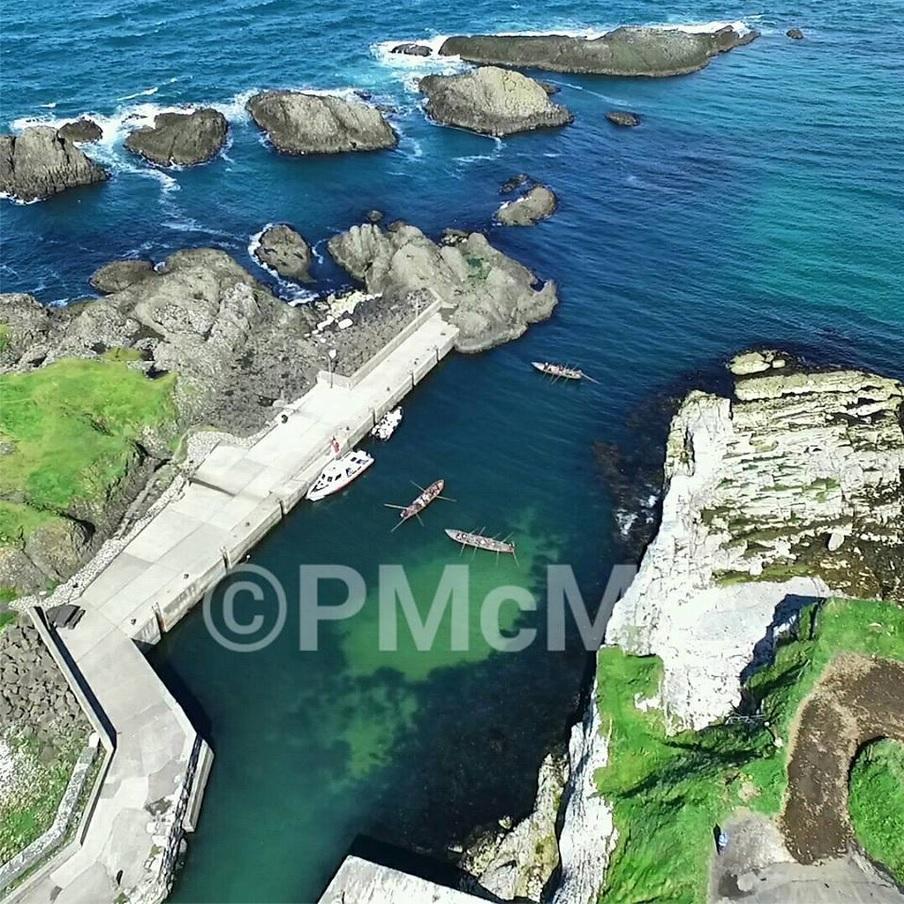 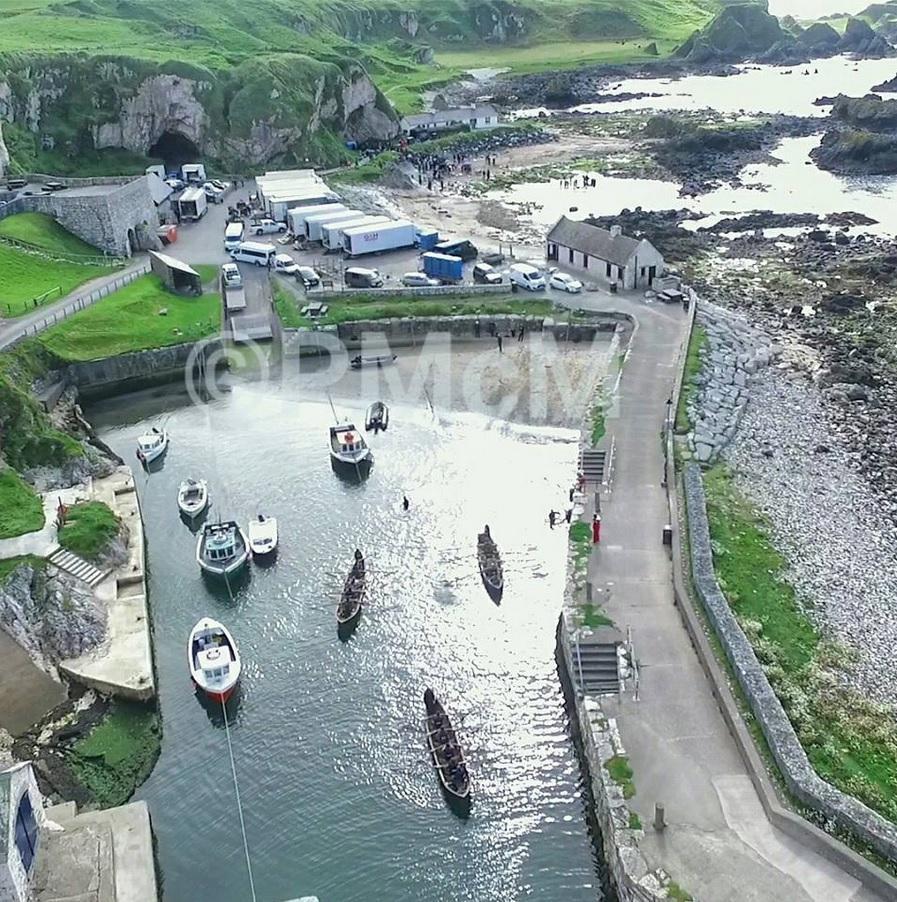 MORE SPOILERS! This time concerning what might be one of the busiest sections of Westeros in season 6.

We’ve received info that isn’t officially confirmed at this time but we believe it to be solid.

According to our sources, Jaime Lannister is headed to the Riverlands (and hopefully his ASOIAF plot) in season 6, as the rumored Iceland sightings indicated. Additionally, our sources tell us that his new constant companion Bronn is going along with him on whatever his business is.

But that’s not all. The area is getting crowded next season. We’ve heard that Arya Stark will be returning to Westeros’ Riverlands as well. That’s a long way from Braavos, to say the least.

Today is another big day of filming, as cameras roll in Girona, Spain! We have photos galore to share with you so there will be more to come today. What a fun time to be a Game of Thrones fan!