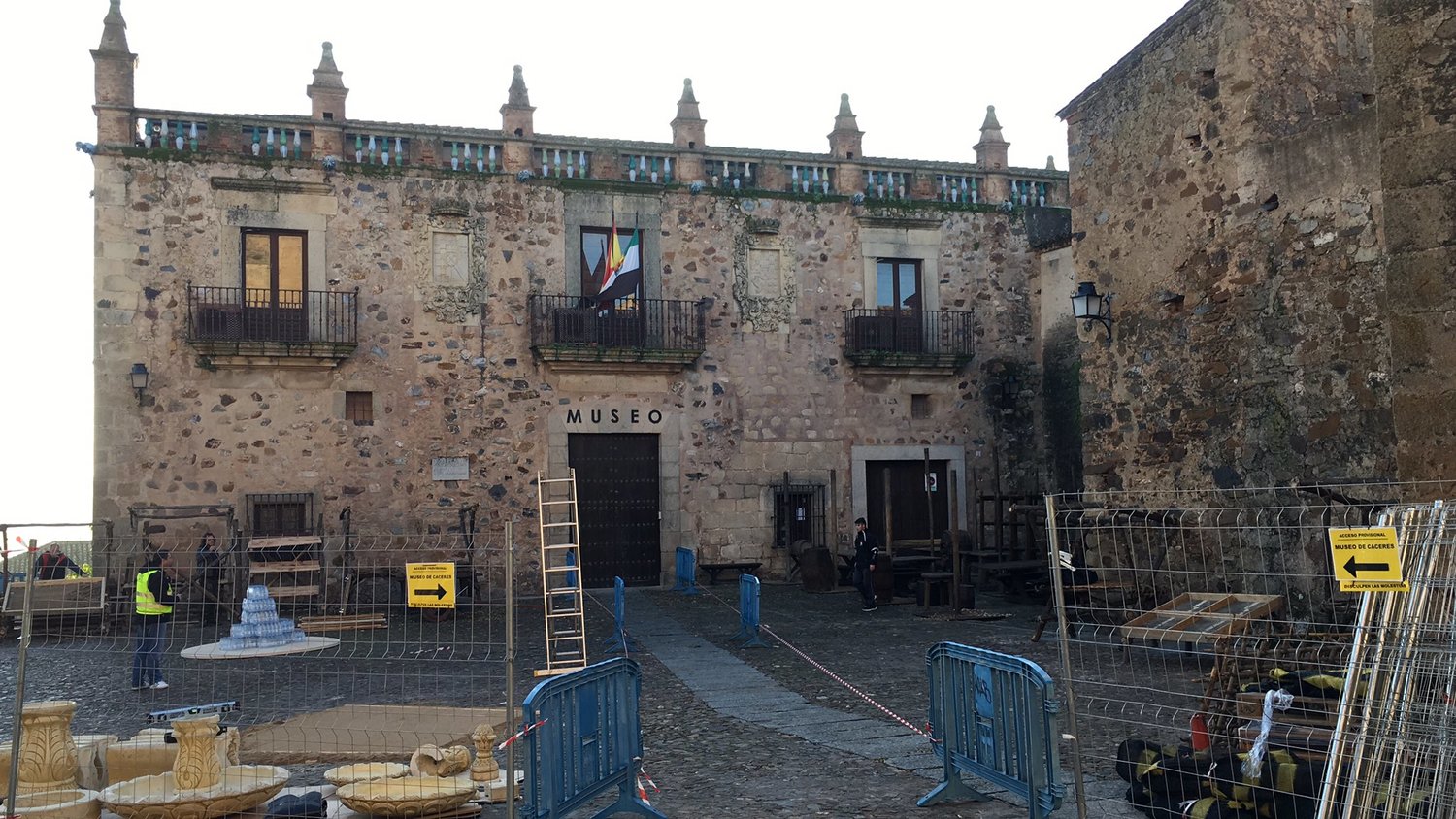 Cáceres is the major center of filming activity in Spain this year for Game of Thrones, and it’s about to get very exciting in the city, with shooting beginning next Wednesday. Filming will take place over the 14th and 15th, but GoT‘s crews are already busy in the Monumental City of Cáceres, preparing a plaza with sets and props.

There was some confusion this week, with Still Star-Crossed shooting in town, in at least one plaza that GoT will reportedly be using as well, but filming on ABC’s new show wrapped on Tuesday, according to El Periodico Extremadura. Now it’s Game of Thrones’ turn to roll cameras in Cáceres’ historic district.

Lucky for us, Twitter user @javiborrega was in the area, and has snapped a multitude of new photos, including one with solid proof that this is for GoT, and not last-minute, overrun Star-Crossed work. 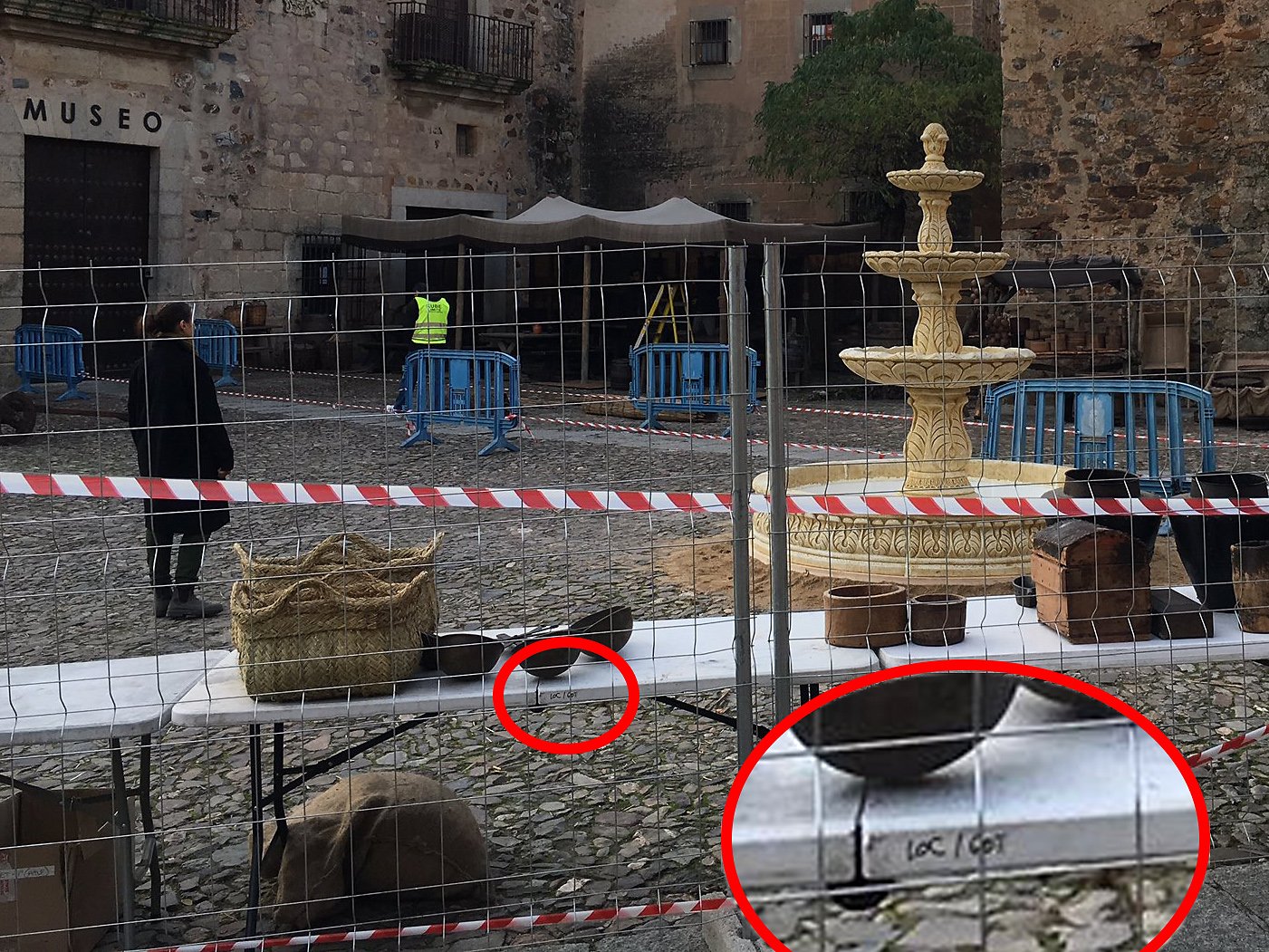 Another twitter user, @Jaehaerys2016 magnified portions of the photos shared by @javiborrega and observed that in one, you can see “LOC/GOT” scrawled onto the side of a table edge. That confirms Thrones is underway with their newest locations preparations!

Among the other photos taken include an assortment of props on tables around the plaza of Las Veletas, awnings near San Jorge, and a fountain.

Details of props at Plaza de las Veletas location for #GoT in Cáceres.. @HBO @WatchersOTWall pic.twitter.com/qo4GrIcGLM

More details of the location of #GoT in Cáceres, This is La cuesta de San Jorge… @HBO @WatchersOTWall pic.twitter.com/2MLRKDeBQS

The old quarter in Cáceres doesn’t need too much thematization to seem a Westeros city…but @HBO is working hard.. @WatchersOTWall pic.twitter.com/WIZ9heDlbn

Magic in Cáceres thanks to #GoT..a statue disappears and a fountain emerges from nothing.. @WatchersOTWall pic.twitter.com/62MJayXv5u

Magic in Cáceres thanks to #GoT..a statue disappears and a fountain emerges from nothing.. @GameOfThrones pic.twitter.com/XbIgXZgqRW

We’ve been operating under the assumption that Caceres City will mainly stand in for King’s Landing; everything we see still fits in with that idea, with the tents and tables reminiscent of the marketplace Cersei visited to meet the High Sparrow. The fountain is a little unusual and gave me pause but with a little more set decorating, it could fit right in with the setting.