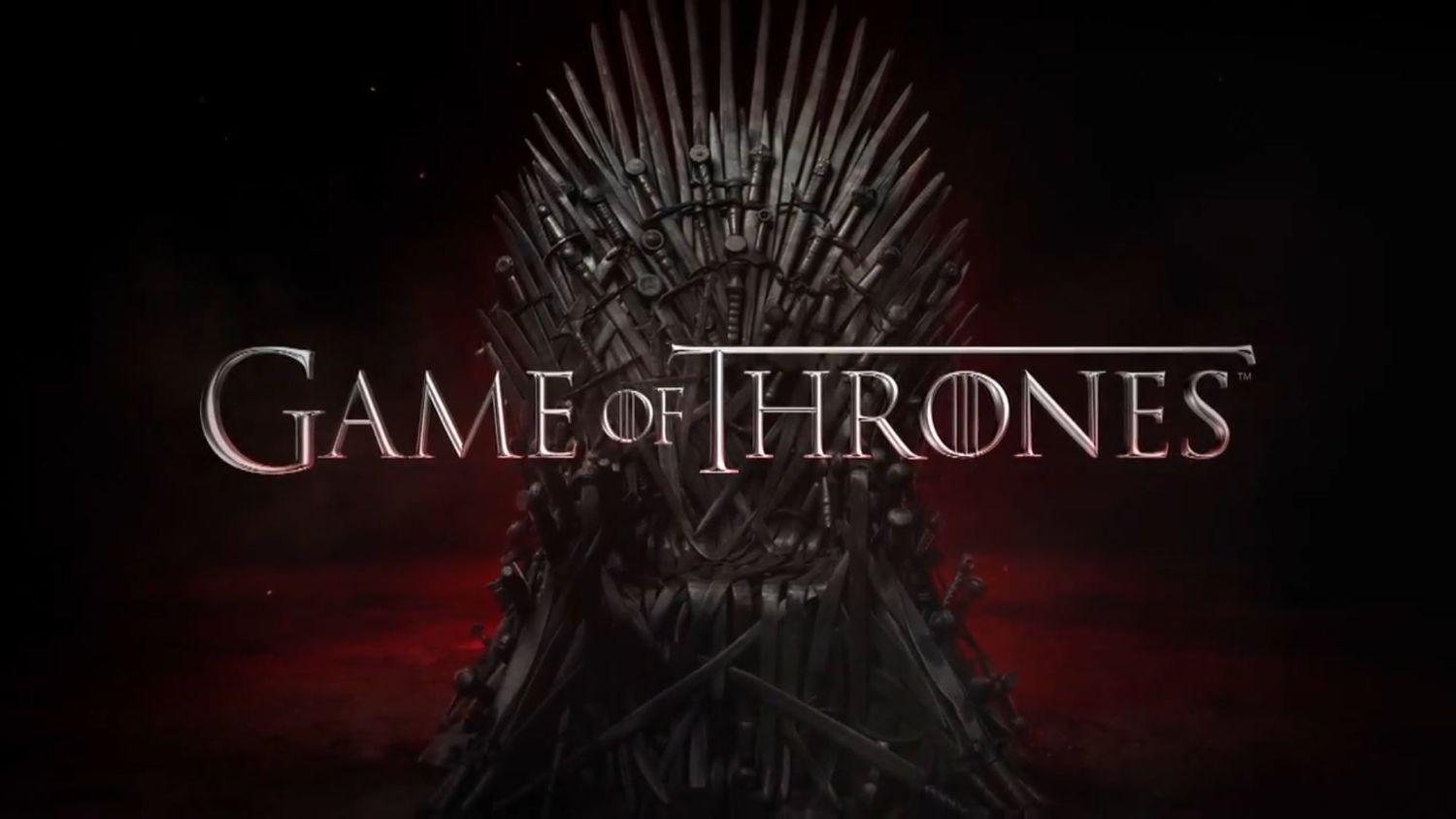 Eagle-eyed HBO subscribers may have noticed an unexpected Game of Thrones appearance on their schedule for early next year.

There’s not a whole lot of information available on the spot- but we’ve got our best speculation after the jump.

The behind-the-scenes featurette, titled Game of Thrones: A Day in the Life, is slated to air on Sunday, February 8th at 7:30PM on HBO, and is currently on the schedule with a run-time of 28 minutes. 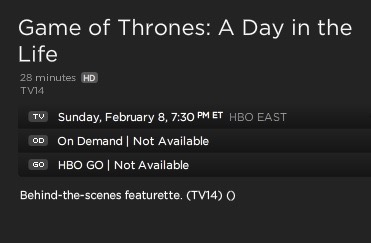 But don’t get too excited for a half-hour of new Thrones action just yet.

Astute Thrones fans might remember that last year, almost to the day, HBO had 28 minutes blocked off for Ice And Fire: A Foreshadowing– a cool promo that featured clips from the fourth season, behind-the-scenes-footage, interviews, and cast members’ answers to questions posed by fans. All of which clocked in at 14 minutes and 30 seconds.

So, be prepared for an extended- but not too extended- look at season five probably featuring some new footage, cast interviews, and some other general fluff to whet your appetite just enough to hold you over until the premiere.

And, if February still feels like too long a wait, WotW reader Balerion The Cat points out (and I tend to agree)

Editor’s note 1/3/15: HBO has confirmed the behind-the-scenes special on February 8th but did not provide additional details, at this time. So check back over the next few weeks! -Sue