New details about a season 6 Melisandre scene! | Watchers on the Wall | A Game of Thrones Community for Breaking News, Casting, and Commentary 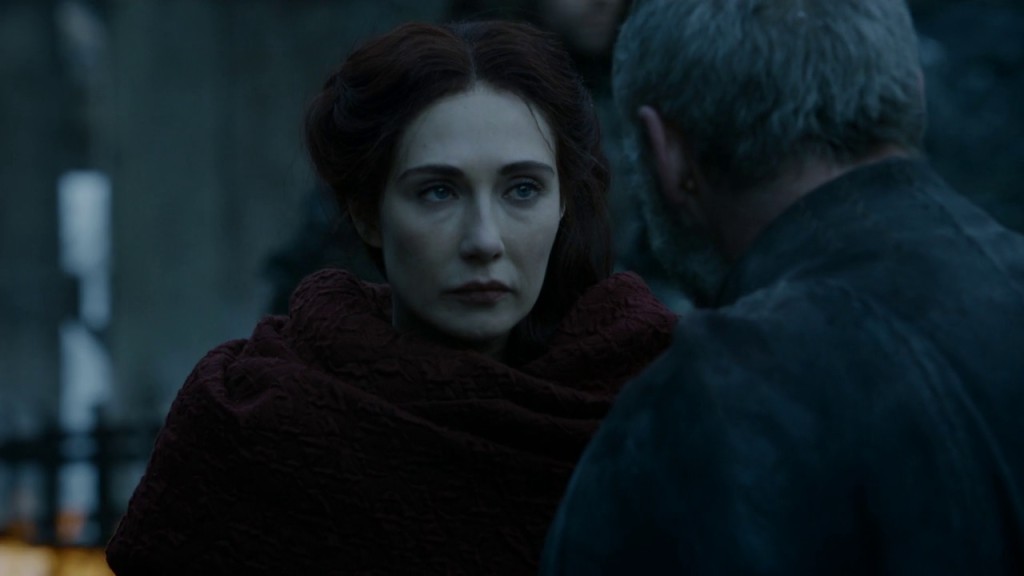 From the Season 5 finale

Carice van Houten shared photos on Thursday, confirming the actress’s presence on the Game of Thrones set in Northern Ireland. What little we can see of the muddy location is reminiscent of the grounds of Magheramorne Quarry, where GoT films Castle Black, among other scenes.

This weekend, Los Siete Reinos provided more info about what’s happening on the set. Light spoilers and speculation ahead!

L7R’s sources report that the scene Carice is filming is a scene which she is having some sort of argument or confrontation with Davos (Liam Cunningham).

They also say that the scene takes place in one of the earlier episodes of season 6.

There’s no word yet on what the argument was about. The two characters have butted heads regularly since season 2, the Onion Knight never comfortable with her fire magic and burnings. Will Davos learn of Melisandre’s part in Shireen’s death? Or is he confronting her over some other new secret, like say, Jon’s resurrection?

Either way, the two characters are due to have it out.