New Collectible of the Hound Available for Pre-Order This Week | Watchers on the Wall | A Game of Thrones Community for Breaking News, Casting, and Commentary 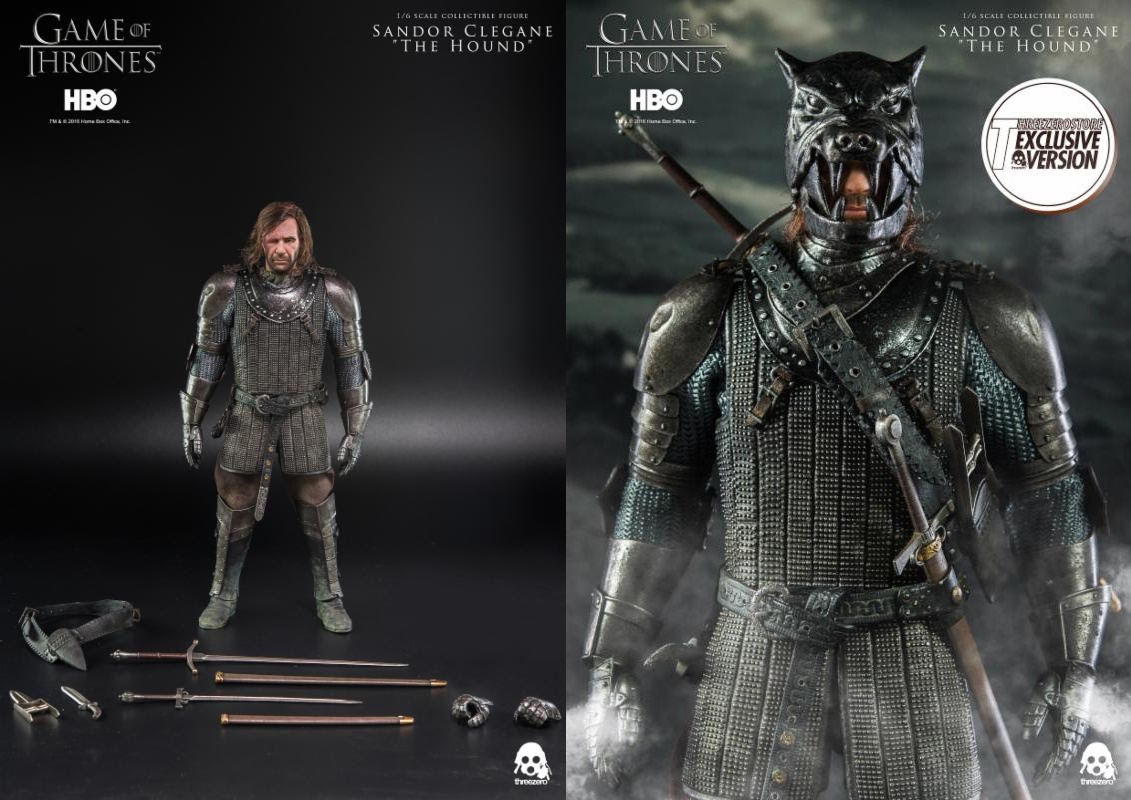 It’s great to see that even with Comic Con over, we’re still hearing about new Game of Thrones merch items coming out this year. Threezero has a line of licensed 1/6th-scale figures, featuring the major players of Game of Thrones in amazingly realistic detail. Previously, the line has recreated beloved characters such as Ned Stark, Jon Snow, and Tyrion, and this week, they’re unveiling a new addition: Sandor “The Hound” Clegane. It’s a fitting choice, with the Hound’s surprise season 6 return reminding everyone why he’s usually on fan favorites lists.

According to Threezero, the new Hound figure is thirteen inches tall, and fully articulated with tailored fabric clothing. It also comes with an extra pair of hands, and a nice weapons cache, including the Hound’s greatsword, sword, dagger and katar, plus the belt with scabbards for his weapons.

Pre-orders open this Thursday, August 18th 9AM Hong Kong Time, which is Wednesday night 9PM EDT for some of us. Visit Threezero’s online store to order. The suggested retail price is $195 for the standard version. A version of the Hound with his signature helmet will also be available exclusively at Threezero’s online store for $210. The figure will eventually be available via the HBO Shop and select retailers.

The fall is a fun time for new merch- we can look forward to new Stannis and Night King figures from Dark Horse Comics this September, and a Son of the Harpy figure in October. The HBO Store is stocking up on new tees representing the Lyanna Mormont-Bear Island love and Sansa’s House Stark embroidery design. There are new House Sigil cookie cutters that you can order in time for the holiday baking.

Oh, and don’t forget to enter our giveaway for Game of Thrones: The Complete Sixth Season on Digital HD! That giveaway is USA-only but we’ll be having a worldwide giveaway later this week to make up for it, so stay tuned.