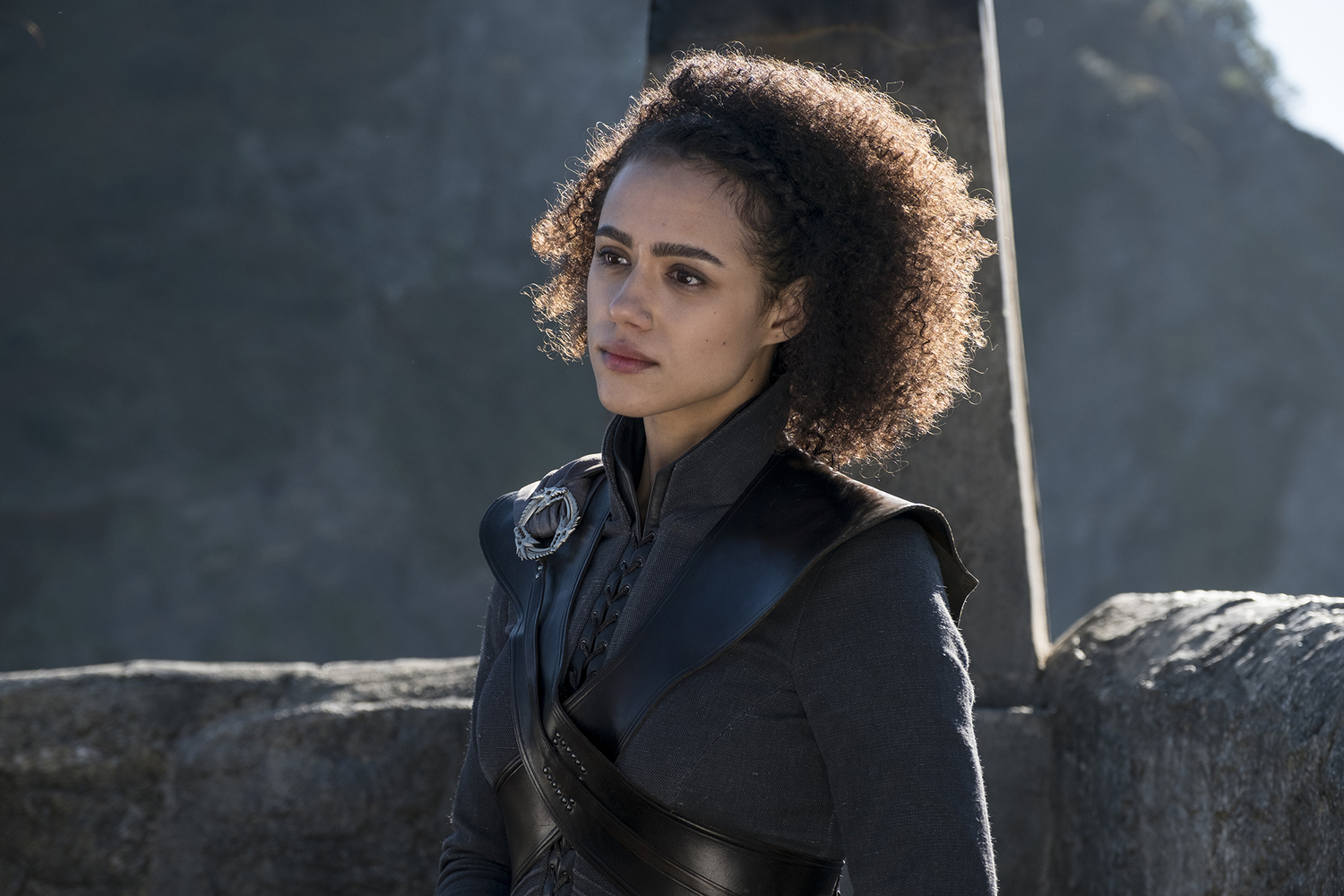 In Nathalie Emmanuel’s first visit to Cape Town and South Africa, the English actress paid a visit to the local KFM Breakfast morning drive radio show and discussed her new cameo role in the new Maze Runner movie (are they still making those?), as well as her involvement in the Fate of the Furious franchise and, of course, Game of Thrones.

There were no season seven teases (shockingly, she wasn’t even asked about it!), but Emmanuel did disclose details about her audition for the show, the doors Game of Thrones has opened for her, and the evolution of Missandei throughout the seasons.

Five years ago, when Nathalie auditioned for the show, she was already a big fan, but still had no idea what a phenomenon it would become from season three onwards:

“When I auditioned for Game of Thrones, I was like [a] hardcore fan, fully invested in seasons one and two. And I feel like only a really small percentage of people knew of the show. It was usually people that had read the books. It was a really niche thing. And it’s amazing to see how universal it’s become, and so many more people watch it. You’ve got the “show fans” versus the “book fans” —it’s all like a big [thing.] And it’s great!”

The fulfillment of filming Game of Thrones hasn’t been the only reward, however, as the role also helped Emmanuel further her career —though not in the way you may expect: “It definitely opened up doors for me, because people wanted to talk about it when I went into auditions. [It] broke the ice straight away. That was the one thing that I really used to struggle with going into auditions. Now they would be like ‘Oh, I love the show!’, ‘I really like this’, you know. So it automatically helped me in my auditioning: I get to feel relaxed in the room, because people want to talk about this thing that I’m excited about too.” And this change in attitude paid off: “Off the back of that, it definitely put me in [view] of the producers or the writers of the Fast and Furious franchise.”

“To be honest, because of the show’s history (and the books’ as well, if you’ve read them), I think everyone has this ‘I’m probably gonna die’ thing, you know what I mean? And I think that I had that too, from the beginning”, the actress admitted, when asked about whether the cast wonders who will survive each season. “And the fact that we’ve got season seven coming out is insane —and I’m still there! It’s like ‘okay, no one’s noticed I’m here, maybe.'”, Emmanuel joked. “They’d be like ‘oh yeah, she’s here! We should kill her!'”

Despite her fears, Missandei still hasn’t shuffled off this mortal coil. The upcoming seventh season will be Nathalie’s fifth year in Game of Thrones. It’s been a long journey for her, just as it’s been for the character of Missandei, who has grown significantly since her modest beginnings… Yet, it didn’t always look like that was going to be the case:

“When I auditioned for that part, it was really vague in terms of the commitment. They were like ‘Three to five episodes, maybe future seasons…’ It could’ve been three episodes and that’s it. So, for me, the fact that my character has grown and become such a part of the show and a part of Daenerys’ journey has been such a joy and a blessing. I still pinch myself a little bit that she’s still there. [To] get to develop a character over a number of seasons, for any actor, is so fulfilling. It’s really fun playing Missandei and seeing her come from indoctrinated slave to freethinking, free-feeling, official ‘career woman.'”

Daenerys may have freed Missandei from her chains, but it was Missandei who truly liberated herself, allowing herself to feel for another person as a free-feeling human should, and becoming one of Dany’s foremost advisers. I’m very much looking forward to see how Missandei develops in season seven… and beyond, hopefully. Fingers crossed!