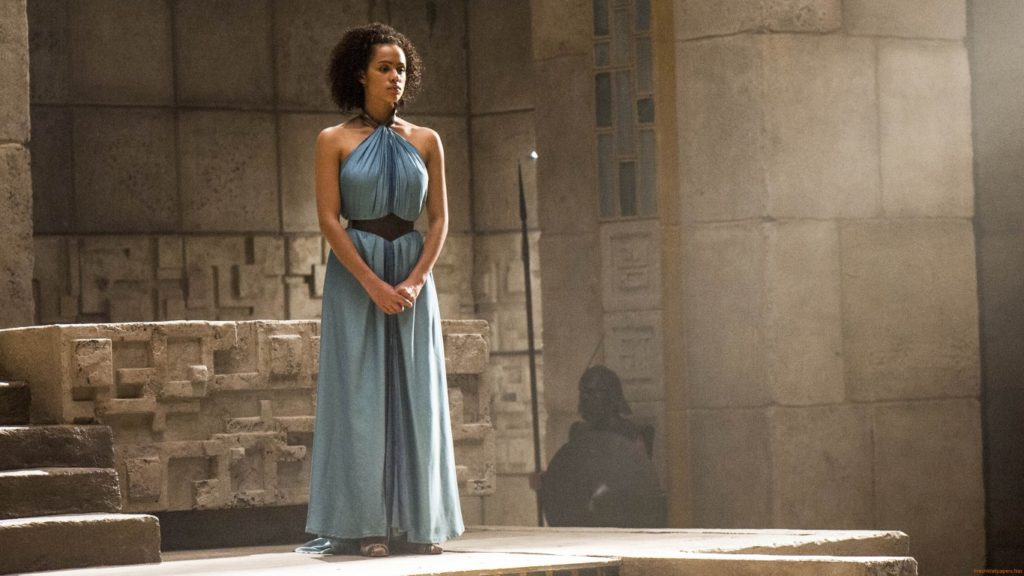 It’s comforting to be periodically reminded that the fans aren’t the only ones preparing for the end of Game of Thrones with a mixture of excitement and sadness – the cast and crew are getting pretty emotional about it too. In a recent interview, Nathalie Emmanuel discussed her feelings about the prospect of facing life after Thrones and gave her opinion of people who leak spoilers *tugs nervously at collar*.

“I can’t even think about it, I’m not ready for that conversation,” Emmanuel told Express.co.uk when asked how she feels about having to say goodbye to her Game of Thrones co-stars. “I am enjoying the time because I know when it’s over it’s gonna take a minute for it to sink in that I’m not going back to see everyone next year,” she said. However, she describes the experience as “bittersweet” rather than “sad.”

“I’m looking forward to the future,” she said, “looking forward to seeing what my friends on the show are going to be doing. But also it’s been an amazing journey. The fact I was part of it at all is amazing. I will be sad, but it will be with a smile.” When asked about how production for season 8 is coming along, Emmanuel remained (unsurprisingly) tight-lipped: “I can’t say much but it’s going well and as far as I know everyone’s saying it’s going well so that’s good.”

Speaking of not giving away spoilers … Emmanuel has harsh words for people who do:

“It makes me so cross, makes me so angry! Last year we had these hacks happening and people releasing episodes online … It’s rubbish, it’s so upsetting and disrespectful to everyone,” she said.

What do you think about Emmanuel’s stance on spoiler culture? And where do you stand on spoilers yourself? Tell us below.