More stuff. Some wonderful, some weird. | Watchers on the Wall | A Game of Thrones Community for Breaking News, Casting, and Commentary

FaBiAxey here, determined to serve once more (as all men must), bounding to you with a dearth of not-quite-news, some of which is bound to make you wonder why you even clicked on this page.

First off, the good: We lucky fools here in LA-LA Land will be getting an exclusive screening of Game of Thrones season 5 episode 1! On Thursday, April 9, GoT writer/producer Bryan Cogman, partnered with Larchmont Charter School, will be showing the season opener to a hundred or so fans at the United Talent Agency. Tickets are $40 and go to benefit Larchmont Charter. I will be going there, and will be asking some questions of Bryan Cogman, who will be fielding ’em after the show. If you’re not in L.A. (I realize most of you are not), toss up some questions, and I’ll try to throw a few at the Cogmeister. If you’re interested in attending, here’s the link!

Secondly, a nice new interview with Kit Harington has surfaced (thanks, snuu!), courtesy of the Los Angeles Times and Emmy Contender Chat. It’s pretty meaty, a half-hour long, though no spoilers were given. (The interviewer tried.) Interview after the cut!

Thirdly… Thirdly is a jester. But that’s a long story.

And now it gets weird. 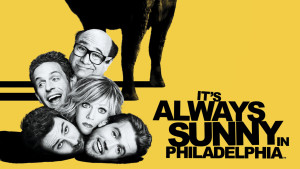 Fourthly, It’s Always Sunny in Westeros! TMZ recently caught up with David Benioff and Dan Weiss, and they revealed that It’s Always Sunny in Philadelphia‘s Rob McElhenney and Charlie Day have been trying to get cameos on the show. And it may yet happen! Benioff and Weiss revealed they’d penned an episode of IASIP, so… hey. Turnabout’s fair play, right? And I’d love to see Charlie die a gruesome death. His screams would be especially strident.

But come on. Kaitlin Olson for Val the Wildling Princess! Let’s get this thing done, people! (Danny DeVito was born to play Patchface, but he’s been sadly omitted from the series.)

Fifthly, IGN (as well as Ary News and Entertainment News Service of Mumbai) states that Sony Entertainment Television will be producing an Indian television show “inspired by” Game of Thrones. Which, okay, that sounds fine; success breeds this sort of thing, and clearly they’re not going to actually copy–

Actually it seems they are. The article goes on to say that the actress in question has been tabbed for the role of Daenerys Targaryen. Another Indian actress will be playing Cersei Lannister, and some dude from MTV will be playing Jon Snow.

Assuming they don’t get asses sued off, I kind of want to see that Bollywood’s answer to Jon Snow is. Right? Like who doesn’t?

No idea if HBO or Time Warner are raking any Bollywood money under the table, or if they’re just rolling their collective eyes, or lawyering up. (Or if this article has even one shred of any truth at all.) Should this be one of the questions I ask Cogman?

Lastly (and leastly) I leave you with… this:

Y’all have less than one week to get off the internet in order to avoid this train wreck. Godspeed.