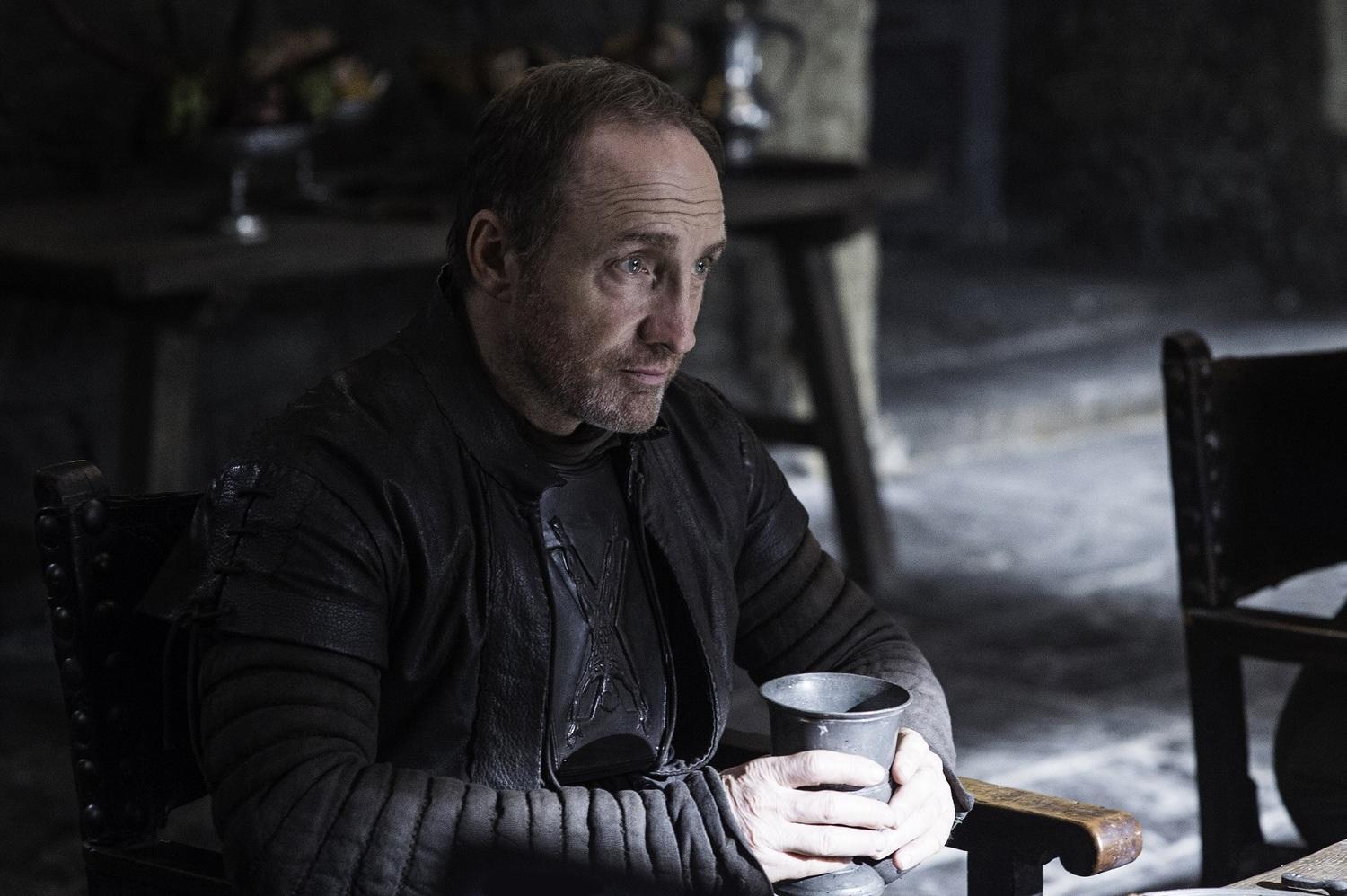 Michael McElhatton talks with Vulture about the Bolton family antics in the latest episode.

“It’s the Boltons at their psychologically cruelest,” says the actor. Despite the tension of the scene, he says that on the day they filmed, “There was a lot of giggling on set, though! It was tremendous fun to do because it was so black, so dark. It’s not about blood or slashing or cutting, but it’s just twisted and psychological.”

With Roose’s new wife Walda pregnant, there may be competition on the horizon for Ramsay, who was only recently named the legitimate heir.

As for the relationship between father and son, McElhatton says, “Obviously, it’s not going to be kisses and hugs, but who knows? I could kill him. He could kill me. You know? I actually don’t know the legality of inheritance in George R.R. Martin’s world. Maybe the child born in wedlock would have a greater claim. Either way, I don’t think it’s going to be good for the unborn child. Move Walda out to the summer house until the baby is born!”

Interestingly, he does think that Roose “pales” in comparison to Ramsay.  Roose is “more the puppet master.”

He has a lot to say on the Boltons, and it’s a rare pleasure getting to hear from McElhatton so be sure to check out the rest of the interview at Vulture. 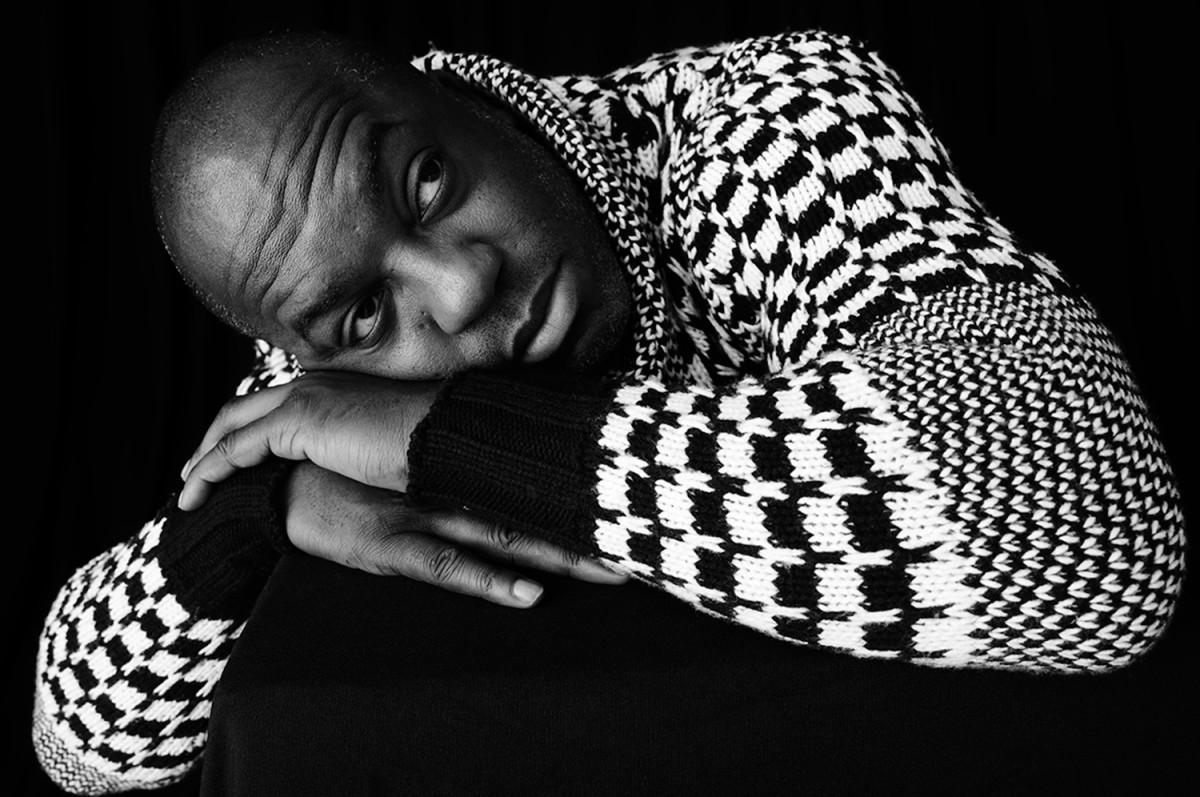 DeObia Oparei is the newest subject featured in Hunger‘s Game of Thrones Newbies Are Coming series. (Jessica Henwick and Toby Sebastian have done profiles recently as well.) The actor discusses fanbase pressure, how he was cast in the part, and the future of Areo Hotah.

I never feel, as an actor, like I need to try and please a fanbase or seek their approval; if they love it, that’s great. You can only hope that they will, you can’t try and cater your performance to what they want, that’s impossible to do. I’m not nervous, I think because the show is so successful. My experience has been so positive and healthy in a creative way. Working with Indira Varma, Alexander Siddig and David and Dan has been such an incredible experience.

But first he had to win the role, which involved sprinting to the audition after going first to the wrong location.

I’m 6”6 and 265 lbs so I sweat a lot. I get there, I walk in and I’m wearing a cut-off denim jacket that reveals my body, which I’d worn to make an impression. I walk in there, sweating, looking really scary – everyone in the waiting room is looking at me. However funnily enough, whoever was auditioning me that day thought that was exactly what they were looking for. It worked out.

As for the future of Areo Hotah, we’ll tuck his response under spoiler coding as it references the books. Click to uncover!

Everyone knows that everyone’s on the chopping block in Game of Thrones. It’s my first season. When a character is killed off, it’s never gratuitous; they do it just right, it’s really good writing. It enhances the show. I don’t want to go. I’d love to come back. I know that I don’t die in the books, but you never know with this show. At the wrap party, there is that sense of ‘Am I coming back!?

Oparei takes Hunger’s Game of Thrones quiz, handling himself pretty well when it comes to answering the questions.

Head over to Hunger to read more about Hotah’s relationship with Doran and about Oparei’s own background.

Lena Headey looks back at the last few episodes and at Cersei’s ambitions in a new interview with Access Hollywood. 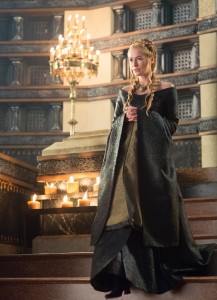 Playing Cersei after the death of Tywin, Headey says that “There’s all sorts of madness going on and a sense of this newfound freedom bringing a bit of craziness and not really knowing where to run, but just f**king running because you can,” for her character. There is some interference though, in the form of Cersei’s uncle Kevan.

“I think she thinks he is a kind of weed, you know?” Lena says to AH. “I don’t think she holds much respect for him anyway. Obviously … there are others that call her that, that make her more infuriated, but I think to her, Kevan’s kind of like an irritating mosquito.”

And what does the queen mother really want? “I think she’d like to sit on the throne, herself, if that was possible. […] I think she just wants to be recognized for who she is. She’s never been seen for who she is, but she’s been seen as this kind of beautiful, spoilt queen, and I think she’s desperate to be seen for a smart, powerful woman and to make sure her remaining children don’t die.”

Iwan Rheon talks with Details about the newest episode, sharing his own thoughts on the Bolton family tensions this week.

“In the beginning, you’ve just got that one side of him,” Iwan says, “But now you’ve got the father coming in and you see that, oh, there’s a different dynamic here, and the stakes have shifted. Ramsay so wants Roose to acknowledge him as his son and to not be the bastard anymore. It’s really fascinating how being a young lord has changed him.” 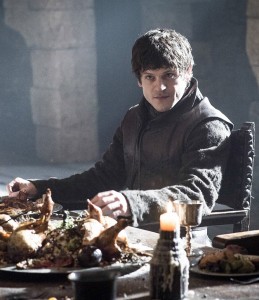 Asked if we’re supposed to sympathize with Ramsay in the new episode, the actor says, “If he is being hurt, it’s important you see it, whether you sympathize with him or not. I guess it’s up to each individual viewer. Well, do you really feel sorry for him? He’s not got many redeeming features. It’s a bit of a shock for him, but I don’t know whether we’ll really be feeling sorry for him too much.”

Having Sansa as Ramsay’s intended, “Well, I don’t think it’s going to make people sympathize with Ramsay any more,” Rheon says. “If we had that one glimmer he has of hope . . . no. She’s in a very dangerous position.”

On Ramsay’s relationship with Myranda, he says,”She’s kind of got herself in now, that’s the problem. It’s quite dark. But maybe there’s an element that she’s trapped. It’s really horrible. If she bores him, he’ll kill her. It’s not like he’s madly in love with her or anything. It’s just sex. She’s nuts and she’s fun and she’s another pair of eyes in the castle. I don’t think he’s capable of loving or whatever, but he kind of likes her. He’d get rid of her if she was annoying him.”

Swing by Details to check out the full interview.