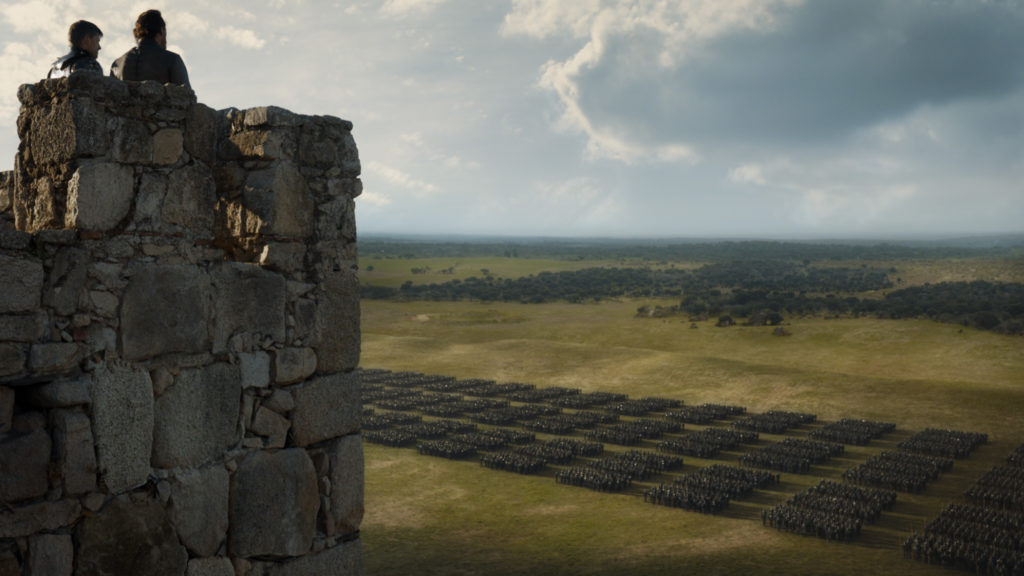 Since a curious Game of Thrones set began construction on the Titanic Studios parking lot, we have slowly but surely seen it turn into an entire neighborhood of King’s Landing. The massive set appears to be nearly complete at last, but there’s still work to be done: most recently, two giant towers appeared over the set’s walls, guarding the city gate.

Belfastian A Red Priestess shared these photos on Twitter, showing the new structures: 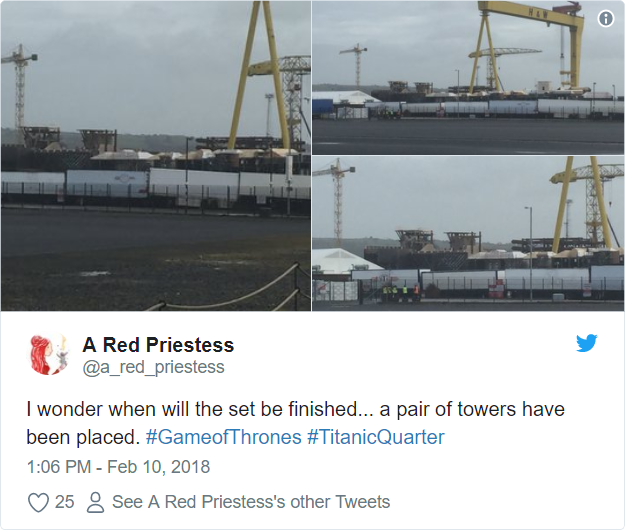 These twin towers were built on the ground first and then craned onto either side of the city gate. As was the case with the gate towers at the Winterfell set, the fact that these massive structures were actually constructed (instead of added later with visual effects, in post-production) must mean that actors are meant to interact with them extensively, which jives perfectly with what we know (major spoilers!) we can expect from this set.

Though it’s difficult to gauge the size of these towers, according to our sources they are “about 50% taller” than the watchtower at the other end of the set, which looks about the same size only because of the photo’s perspective. The set begins at the gated wall, which opens to a main street with buildings at either side, ending at the watchtower.

Feel free to speculate about the sequence that will be filmed around these new towers, or generally in the massive set. However, since there are no spoilers in this article, please make sure you properly tag any and all spoilers before posting your comments!