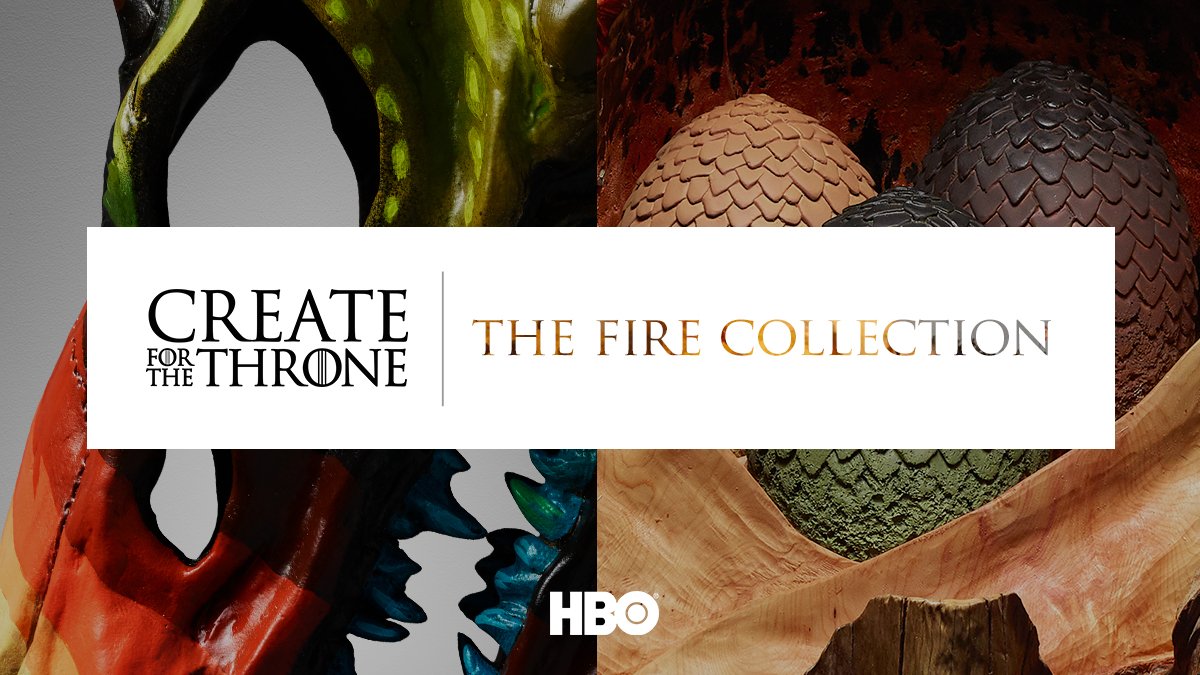 It’s no secret that Game of Thrones is the most popular show on the planet. With season 8 coming ever closer, the home stretch is truly in sight. With their ongoing ‘For the Throne’ campaign, they’ve taken it to the next level by turning it over to the fans. With the world full of artists, Making Game of Thrones has turned to a lucky 18 of them to create their own personal magic, inspired by the many props of GOT. The first artists showcased received dragon eggs and dragon skulls.

“Once the concept was decided, I needed the right piece of wood. I had a large stem of Yew in my yard, which had been waiting eight years for the right project. It’s a beautiful color inside, and this particular piece had such a gorgeous looking outer skin. I had to change my design to include some of the amazing texture.” Just look at those colors – I remember how hard blending was from my own days in elementary school…anyway he continues:

“Starting from the interior, the teeth inside serve the main purpose of holding the eggs upright, and also give it a dangerous edge. The scaly lid is reminiscent of dragon scales, as is the exterior fixed section. I chose to go with an organic feel, a feel of a mutated dragon.”

If you thought that was cool, take a look at artist Jeff Soto’s take on dragon skulls: I’m a sucker for rainbow colors (my room is head to toe covered in clashing color varieties). Says Jeff:

“I went through several design ideas about what to include — whether or not to put a dragon’s eye in the design, or a representation of a head. First I used a photo of the prop and digitally drew over it. I created a few different ideas, but what resonated with me most was bringing the dead skull to life through vibrant colors.”

So…does it take crayons? Colored pencils? How does one create something this beautiful, I wonder…

“I used acrylic spray paint and brush paints. I focused on rich, saturated colors that were the opposite of dusty old bones. Mainly, I was thinking about Viserion.”

What props do you hope to see designs for next? Keep an eye on the hashtag #FortheThrone on Twitter to see what comes our way!