UPDATE! Major New Game of Thrones Season 8 Spoilers out of the Winterfell set! | Watchers on the Wall | A Game of Thrones Community for Breaking News, Casting, and Commentary 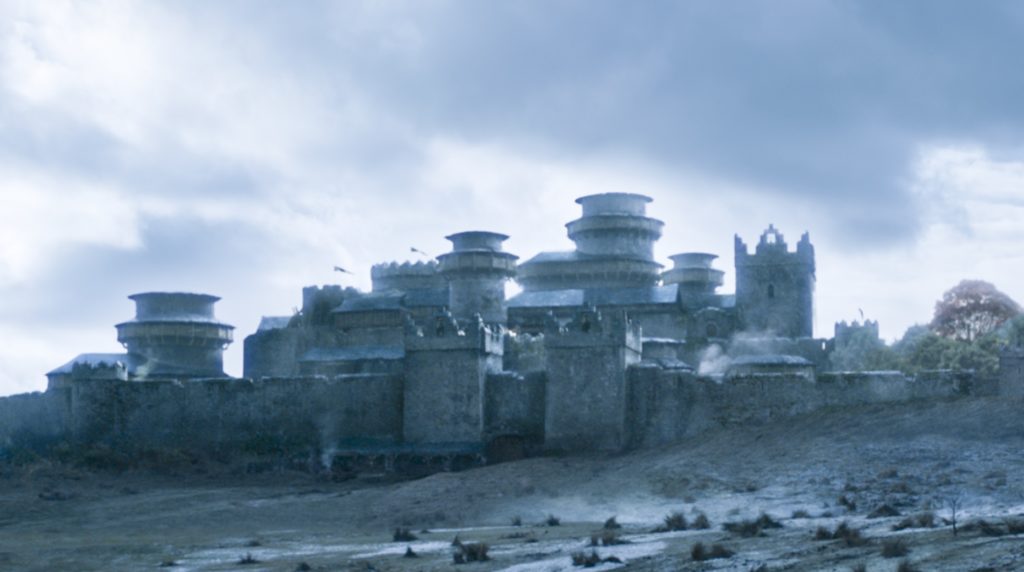 After following the construction of the new Winterfell set for months, recently we got our first good look at what they’re filming down at the Moneyglass estate. Now, that was quite exciting, but what we bring you here today is entirely different. It constitutes a major season eight spoiler. This isn’t a little thing. It’s true endgame stuff, right here for your viewing pleasure if you want, but we must warn you: spoilerphobes, keep away!

Now, for the rest of us, for the spoilerphiles, if you dare, read on…

I’m sure the Game of Thrones crew would have loved to keep this revelation under wraps until the show aired, but you will now understand why that was absolutely impossible. To put it bluntly: Winterfell is up in flames. And it wasn’t just a little bit of smoke: with some very real fire, alongside clever lighting and smoke, the entire set was lit up!


Surely, there is no way to ignore what this means: in season eight, Winterfell will fall. Many predicted this already, but now that’s an inescapable fact. And, more than that, Winterfell will burn — all of it, if the scope of that fire is anything to go by!

Now, before anyone jumps to conclusions about Mad Queens, it must be noted that this could well be Viserion’s blue flame — just like they did with wildfire in seasons two and six, normal fire could be filmed and then the color changed in post-production.

That said, we just don’t know. Maybe the flame is blue and it’s the Night King who is behind this, as one may expect. Perhaps, for some reason, Daenerys and her two remaining dragons are behind this. Or hell, who knows, maybe Cersei has some wildfire left and managed to march north and repaint the Stark’s stronghold green.

Whatever the case, this is a big spoiler. At some point in season eight, the Stark home will be no more. Will it be a mid-season conflict and the survivors will retreat south? Or will it be at the end, in which case Game of Thrones will go out with a very literal bang? 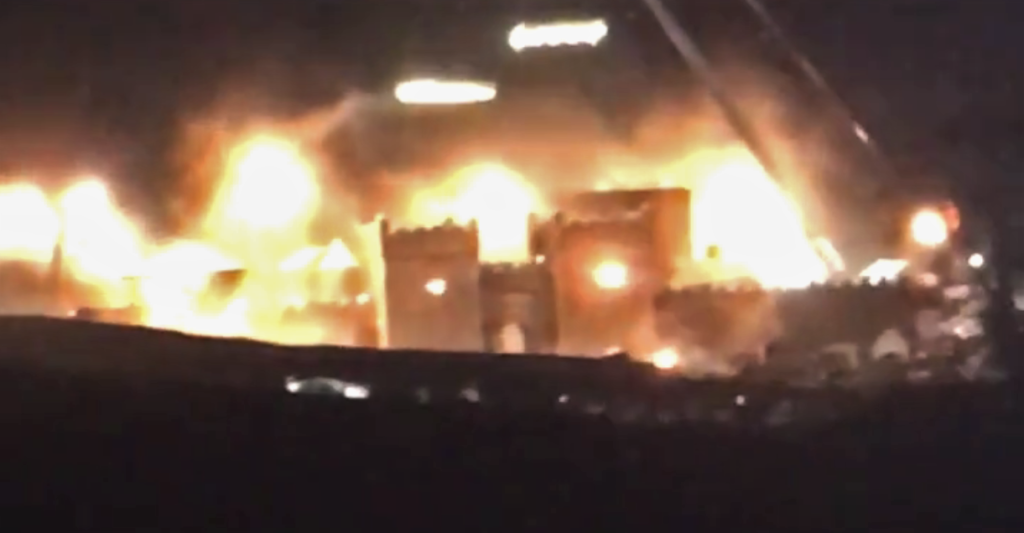 UPDATE: In case there was any doubt about the veracity of this story (though it would be quite an elaborate fake), Belfast Live corroborated it and shed further light into the Wednesday night shoot. As one may expect, this wasn’t just a random fire but part of a major battle sequence which included around 400 or 500 extras, which puts it on par with the Battle of the Bastards in the eponymous season six episode and the Loot Train Ambush in season seven’s “The Spoils of War.” In other words: this is a big one!

Share your thoughts in the comments section! But please, though this particular article is a free forum to discuss this, in other Watchers articles (and all around the internet, for that matter) be considerate to those who don’t want to know such spoilers.

Thanks to Katrina for bringing this video to our attention!