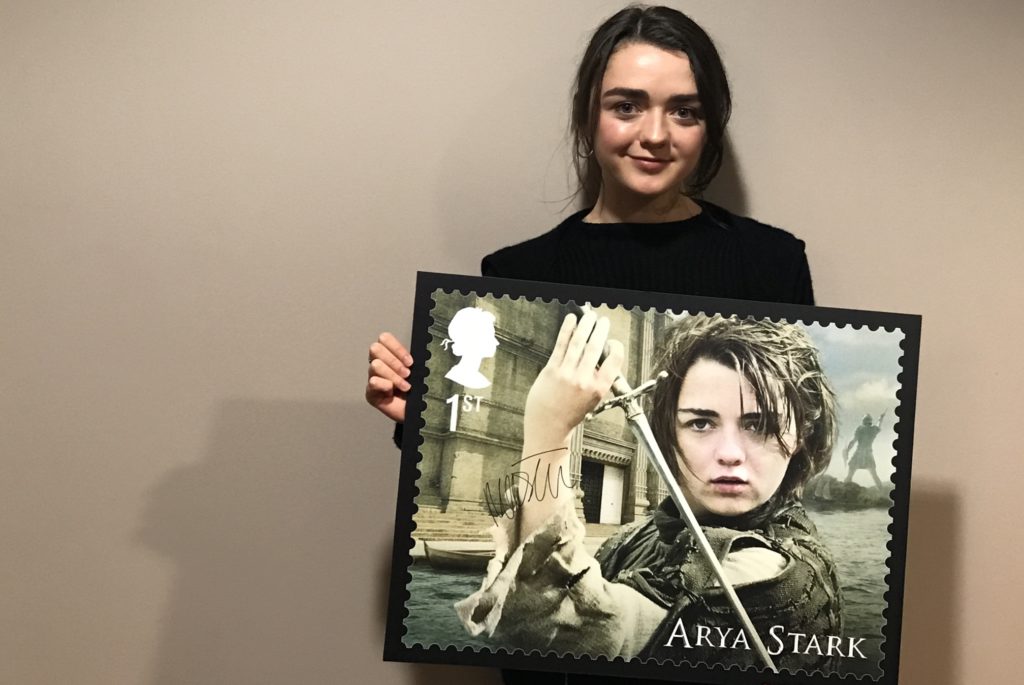 Today, the Royal Mail of the United Kingdom celebrates the launch of the new Game of Thrones-themed stamps with some of the cast. We bring you the details below the cut!

Also, while promoting her new animated film Early Man (from the creators and in the style of Wallace and Gromit), Maisie Williams spoke with Radio Times. Naturally, the interview was headlined by Williams’ revelation that she’d been chosen as a bridesmaid for her castmate and long-time friend Sophie Turner’s coming wedding, but the actress also spoke of the final season of Game of Thrones and how it may be perceived.

With the fancy trailer above, Royal Mail launches its 15 new Game of Thrones stamps. And that’s not all: some of the cast was there to celebrate the launch, namely Maisie Williams, Lena Headey, Peter Dinklage, Emilia Clarke and Kit Harington, all of whom posed for photos with oversized prints of their respective characters’ stamps: 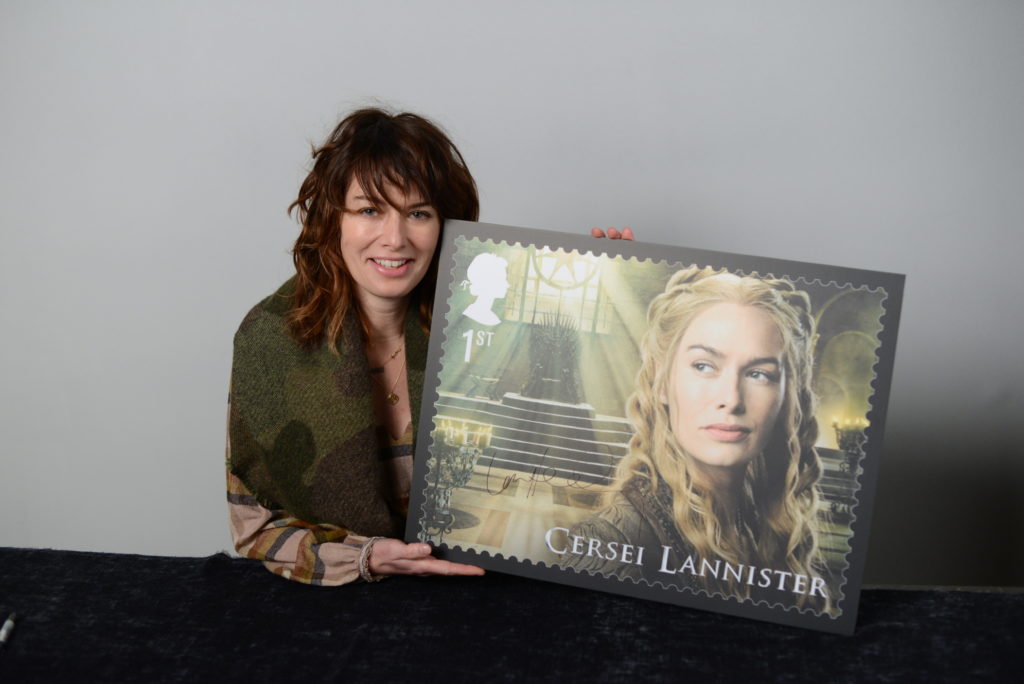 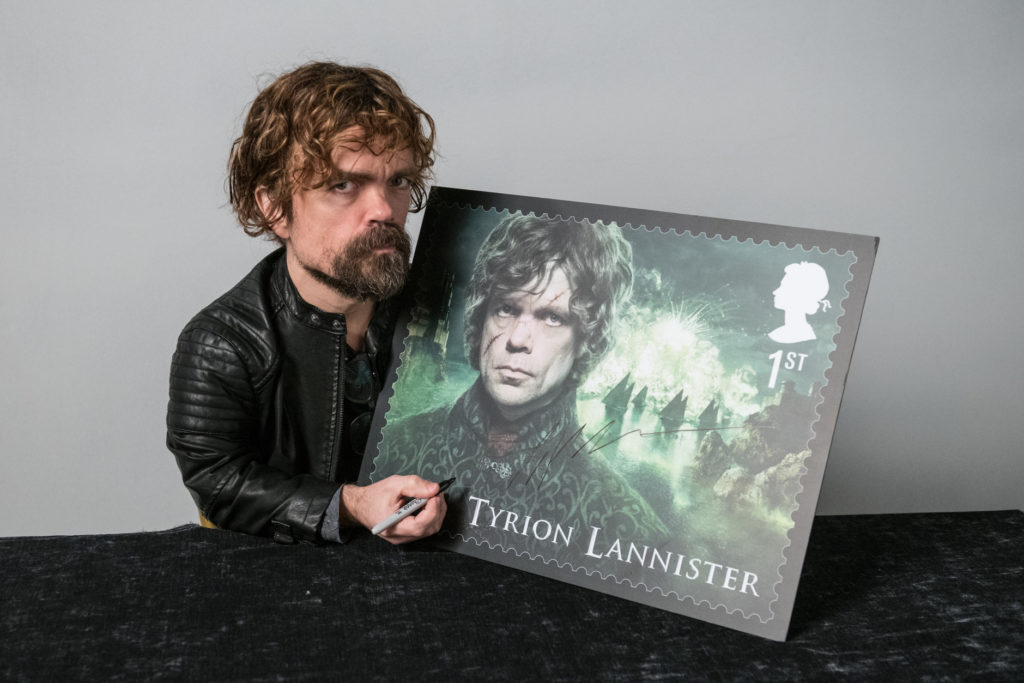 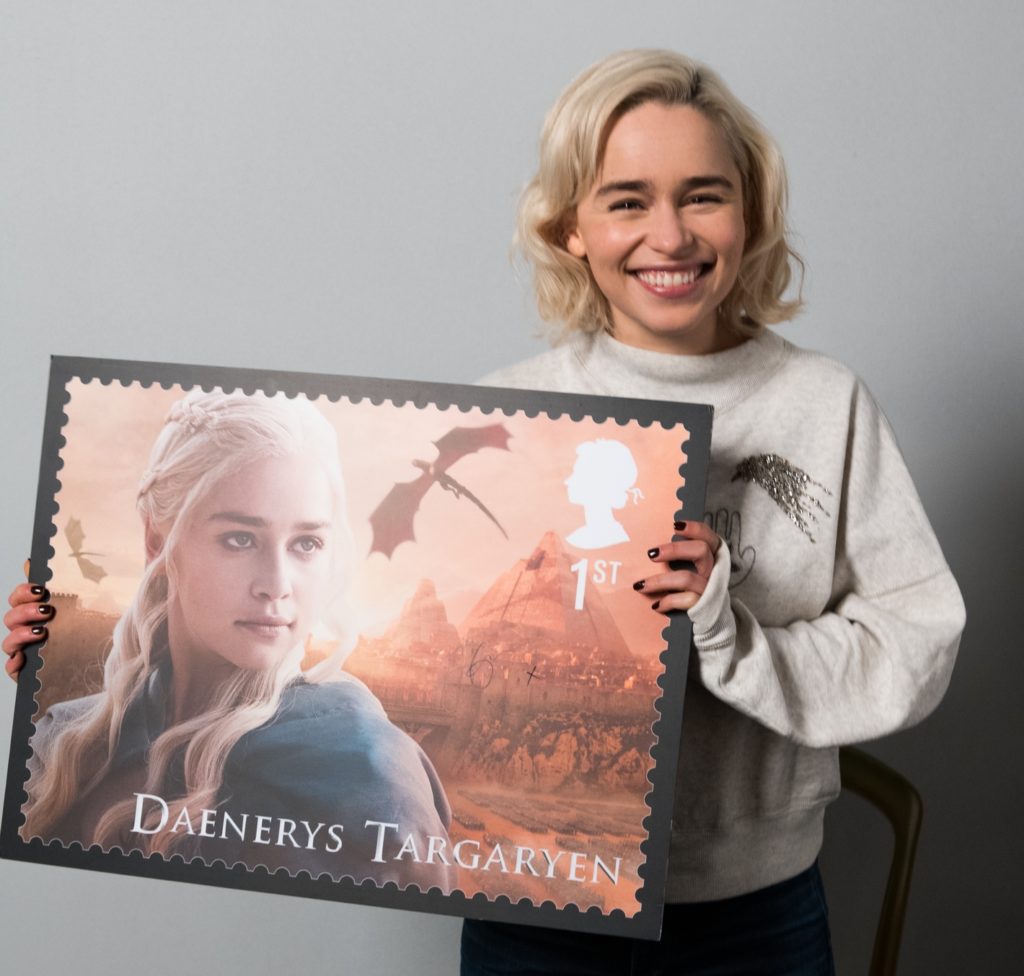 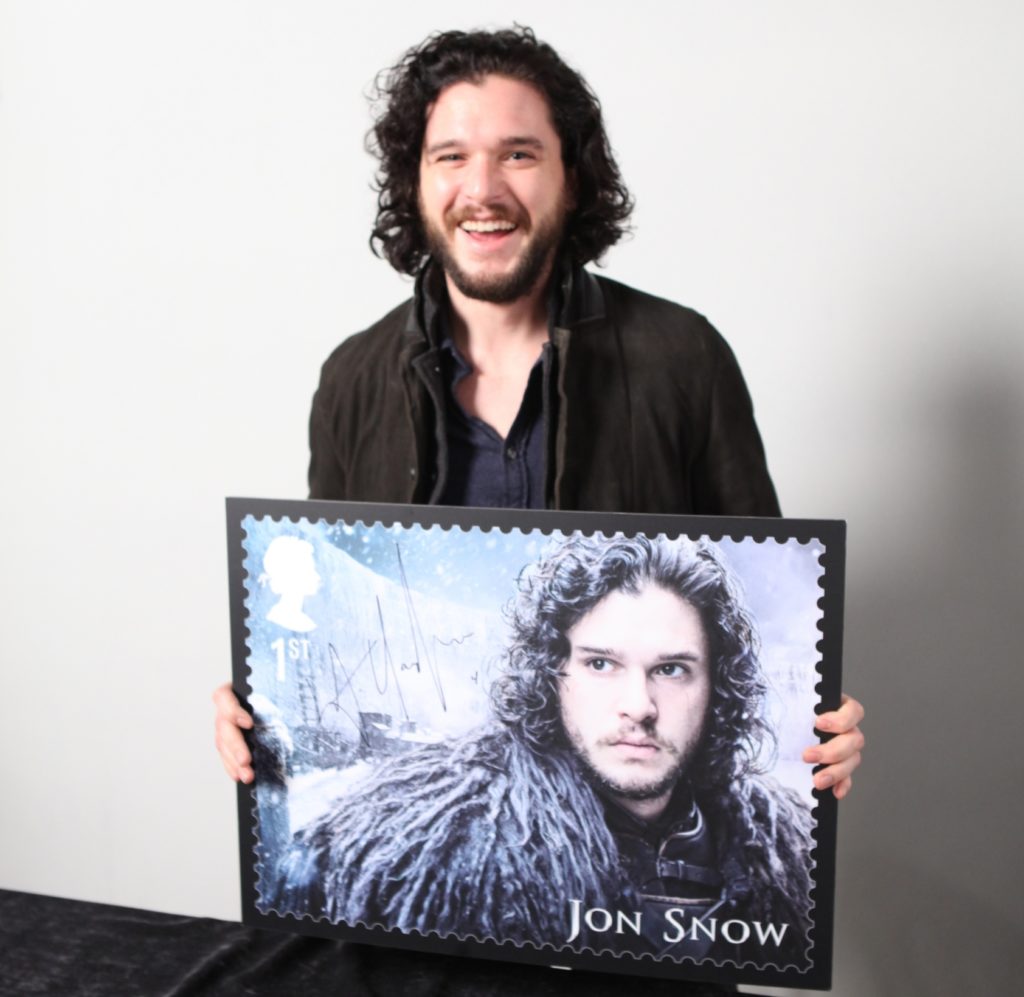 The remaining featured characters are Sansa Stark, Jaime Lannnister and, honored despite being long dead, Ned Stark, Olenna Tyrell and Tywin Lannister, late giants of their Houses portrayed by acting giants who are very much alive to appreciate this:

Four other stamps focus on the creatures: direwolves; dragons; giants; and the Night King and White Walkers. A final stamp features, as it must, the iconic Iron Throne:

Starting today, these fifteen stamps are now available to purchase online here, as well as at 7,000 Post Office branches across the UK, or by calling 03457 641 641.

In other news, as reported by Radio Times, Williams is surprisingly blunt about the fact that, whatever happens in season eight, some people will inevitably be left disappointed:

“It’s either going to be everything that everyone dreamed of or it’s going to be disappointing,” Williams declares. “It depends what side of the fence you sit on because there’s definitely going to be that divide. It depends what people want from the final season. I love it, but you never know.”

That divide is, of course, inevitable. You have only to glance at the comment section of any article concerning the endgame here at Watchers to realize that, whatever Martin and Benioff & Weiss have in mind, some of the fandom will be bitterly disappointed.

There are too many diametrically opposed yet popular hopes for the ending for there to be no disappointment somewhere. Debunked pet theories are (or should be) easy to get over, but some may even feel betrayed by the ending not affirming their firmly held convictions on what Game of Thrones‘ thesis statement is supposed to be. I have seen plenty of people who believe the story can only end in nihilist death and destruction, as I have those who expect a truly happy ending. Both extremes may disregard Martin’s promise of a “bittersweet” ending, but all of us have our rationalizations. The final season may not have aired yet, but in truth this divide Williams speaks of already exists, as it has for many years. The only difference is that, as the final word on the story (at least for a long while), season eight may simply make this division erupt for good.

As for myself? I have my theories and ideas of what this story stands for, but, in the end, what I’m looking for in Game of Thrones most of all (as does Williams, I suspect) is a good story. What’s what I got all these years; so now let’s just see if they stick the landing!