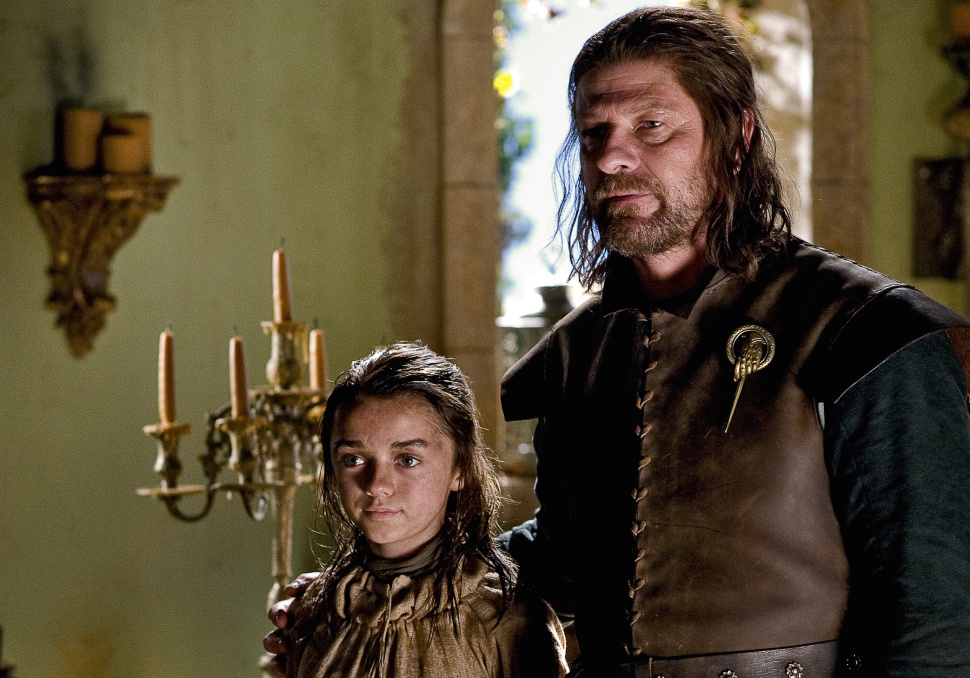 It’s been a joy to watch Maisie’s growth as an actor over the years on Game of Thrones winning our hearts and minds by playing Arya Stark and we are thrilled that she has been nominated for an Emmy this year.

Of her career so far, Maisie said,

Everything that’s happened in my career so far has happened really organically, and that’s the thing I’m going to take with me. But when the time is right, I know I’ll be able, as an actor, to create a new character and have the confidence to do that.

Maisie credits Nina Gold, the casting director, for recognizing what she would evolve to be in her teenage years.  Maisie is a non-bookreader and had this to say about Arya and her interpretation:

I brought what I brought to Arya, and I’m thrilled with the character I’ve strangely created now. It would be amazing to go back and read them after the fact, and see exactly what she was supposed to be like.

She hasn’t relied on Arya alone, however.  Maisie has worked on a variety of projects that certainly helped her development to include a 2015 feature film called The Falling, which they discuss in some detail in the interview.  Check out Deadline for more on Maisie’s thoughts and plans for the future.