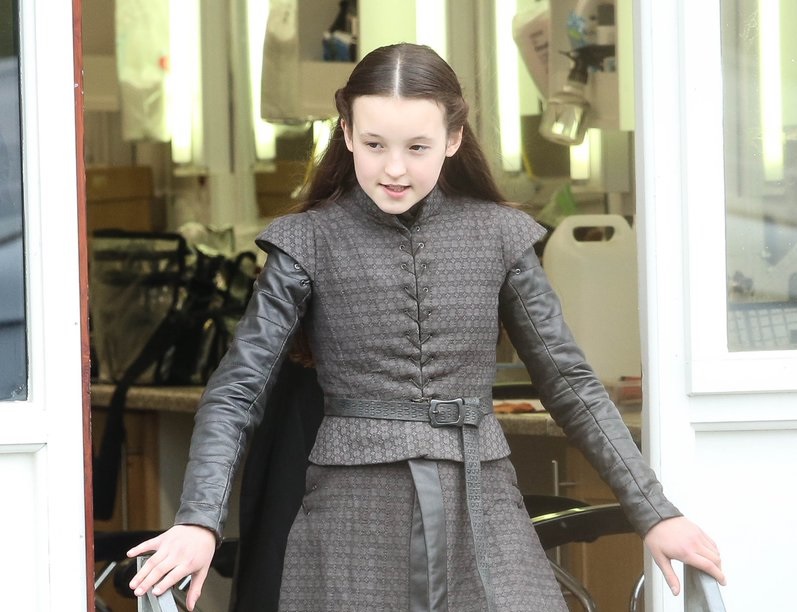 No new character made as big a splash last season on Game of Thrones as Lyanna Mormont. The fiery young Lady of Bear Island sassed Stannis Baratheon before she ever appeared onscreen, and put Jon Snow and Sansa Stark in their place in her debut. It goes without saying that a season 7 return for Bella Ramsey would be welcomed by fans. People have wondered if she’d be coming back especially since Kristofer Hivju shared an Instagram photo of himself with the actress. Well, wonder no more!

PAP4U, who has posted several new images taken at the Corbet, Northern Ireland studio base over the last couple weeks, has done it again. So now it’s official: based on these new photographs, Ramsey will be back as Lyanna Mormont in season 7.

You can see the actress exiting the hair and makeup trailer, in full costume. PAP4U has confirmed that these photos were taken the same day as the photos that included Kit Harington, Gwendoline Christie, Liam Cunningham and others.

It’s not a massive surprise Ramsey is returning, since she is a fan favorite, but it’s great to have it confirmed. Welcome back, Bella!