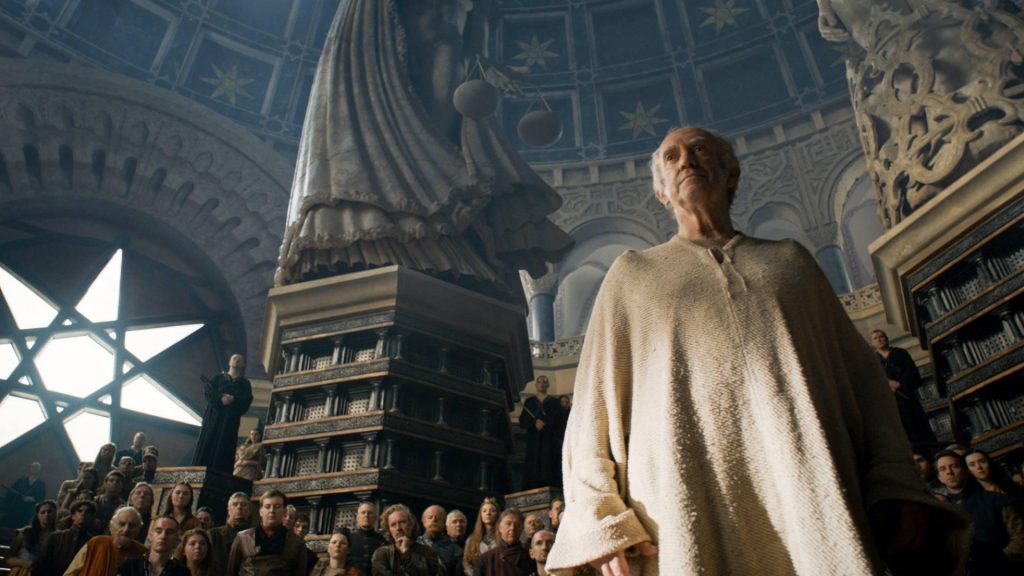 Because you know somebody gonna die…

It’s difficult to fathom that we now sit at the brink of the long dark night of off-season drought. Yet, here we are.

Welcome to the final in-season Looking Forward for Season 6. It’s time for the often imitated and somewhat loosely duplicated Official Death Odds for the final episode of Season 6 of Game of Thrones.

The stage is set for one hell of a finale and as you are fully aware, not everyone can be left standing after a GoT finale. Who will live to see Season 7? Your guess is probably better than mine…

Disclaimer #1: At various times in my illustrious career of maneuvering life events, I have made the recurring mistake of outkicking my coverage (translation: a man puts too much on his plate and can’t eat it all). This past week in the life of Oz, I did just that and as a result, this installment of LF will be much shorter than normal. In fact, a man brings you this abbreviated final installment after receiving the mother of all guilt trips by Sue the Fury (and God help you if the Fury rains down upon you). Sue pushes a man, and that is a good thing.

Disclaimer #2: There have been no scientific studies conducted (that I am aware of) that measure the outcomes of all past Death Odds editorials authored by yours truly. Sounds like a good off-season project. But I can promise you that it’s probably not good. So take it with a grain of salt throne.

All of this is pure Unsullied speculation at it’s worst. So here goes… 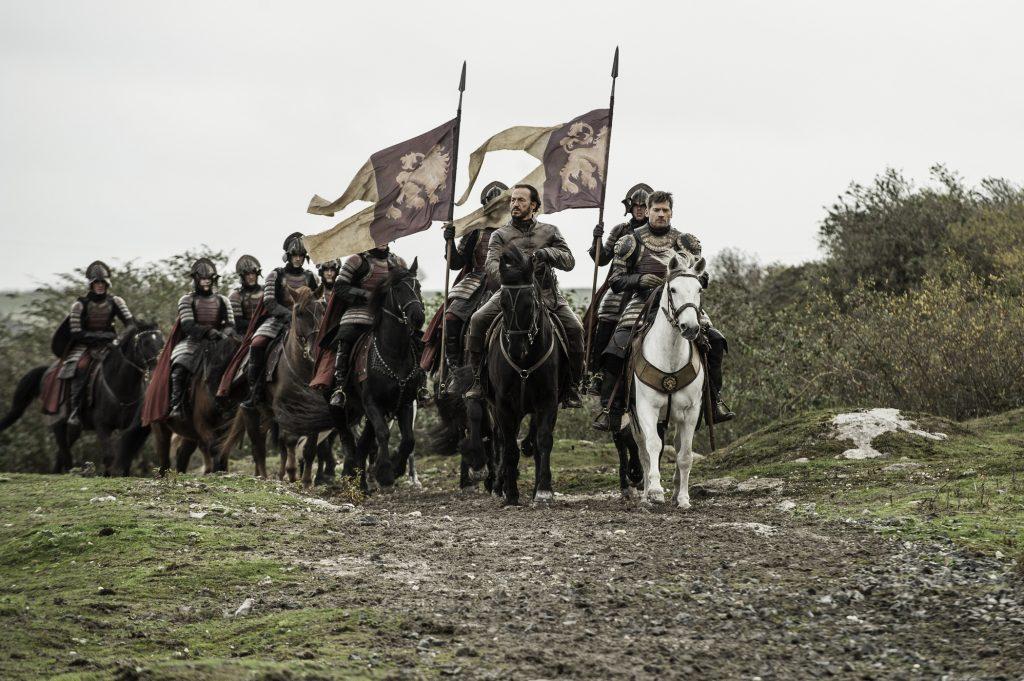 I like to alternate between Vegas-style odds and weather related precipitation percentages. In the battle of temperature, fire is currently winning over the ice in the U.S. So I have opted for percentages (because it’s damn hot).

So, without further adieu, here are a man’s best guesses on probabilities regarding a few characters and their respective percentage chance of meeting their end during the season finale. Feel free to disagree and/or add characters not mentioned below in the comments. 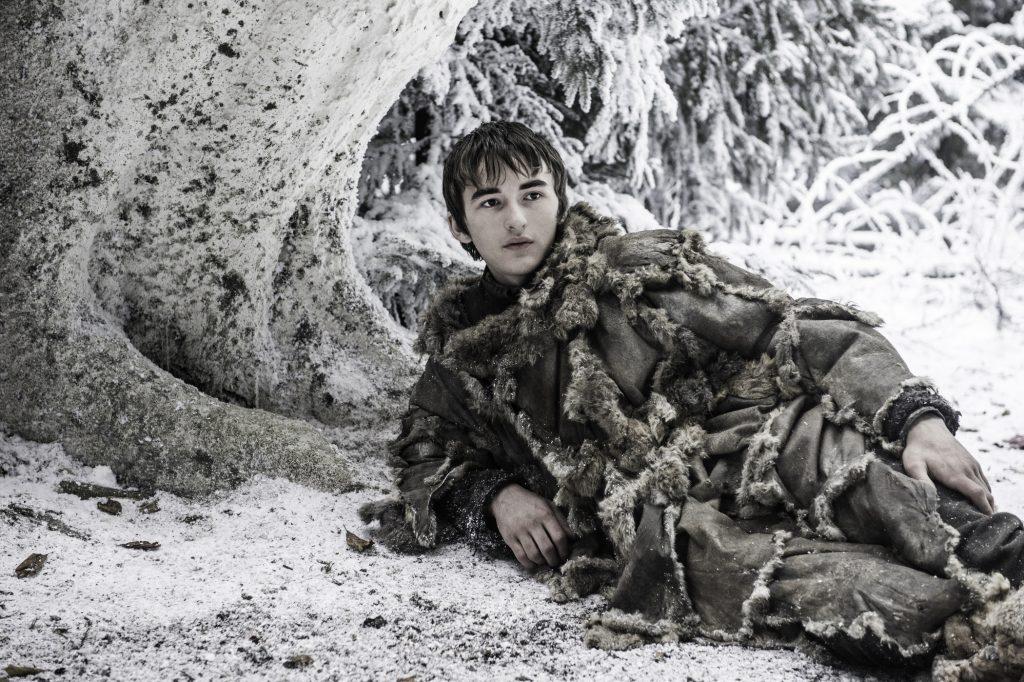 Let’s be honest… these three didn’t make it as far as they have to die off right before the end game really begins. It would be a dramatic twist if one of them did, but it is highly unlikely. Bran has more visions to go and is of obvious importance to wherever the story may be leading. Arya may already be on a boat and will perhaps be arriving back at a dock in Westeros by the end of the episode. And Sansa is protected by Jon and is presumably being rushed into ANOTHER marriage with Pedofinger. Rickon didn’t zig, but all the remaining Stark kids zag and make it to S7.

If the prophecies of the swamp witch are true, then Tommen is on borrowed time as it is. If mommy does decide to light the whole neighborhood up, it could be triggered not only by the outcome of her trial but possibly someone harming the only child she has left. Or maybe… 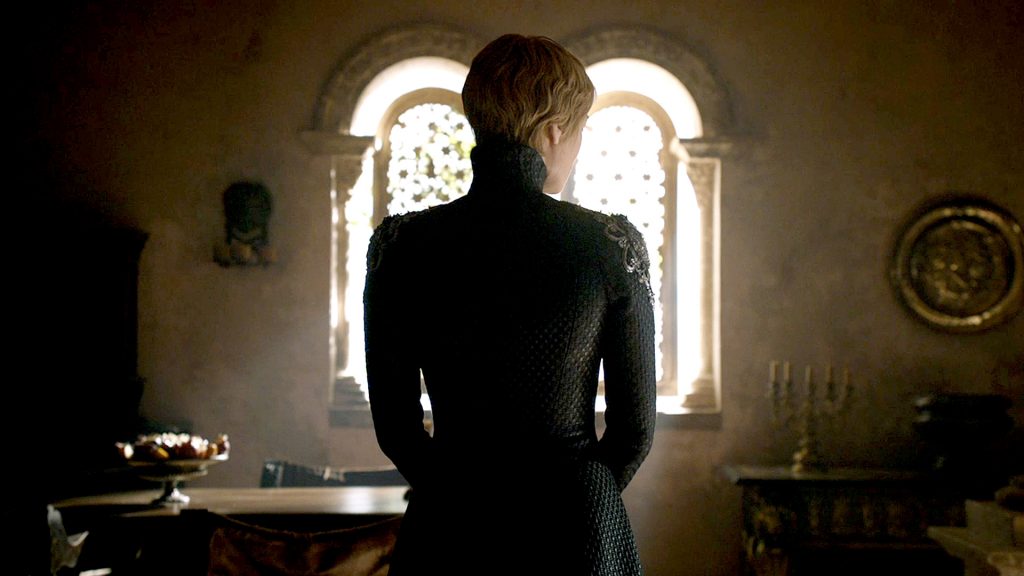 You have to wonder about Cersei’s intentions. Can she pull off the barbecue while somehow managing to escape the militant? Or when things don’t go her way, will she be willing to sacrifice herself and Tommen when Qyburn lights the fuse? It wouldn’t be the first time she’s thought about it. Remember the poison in Blackwater? 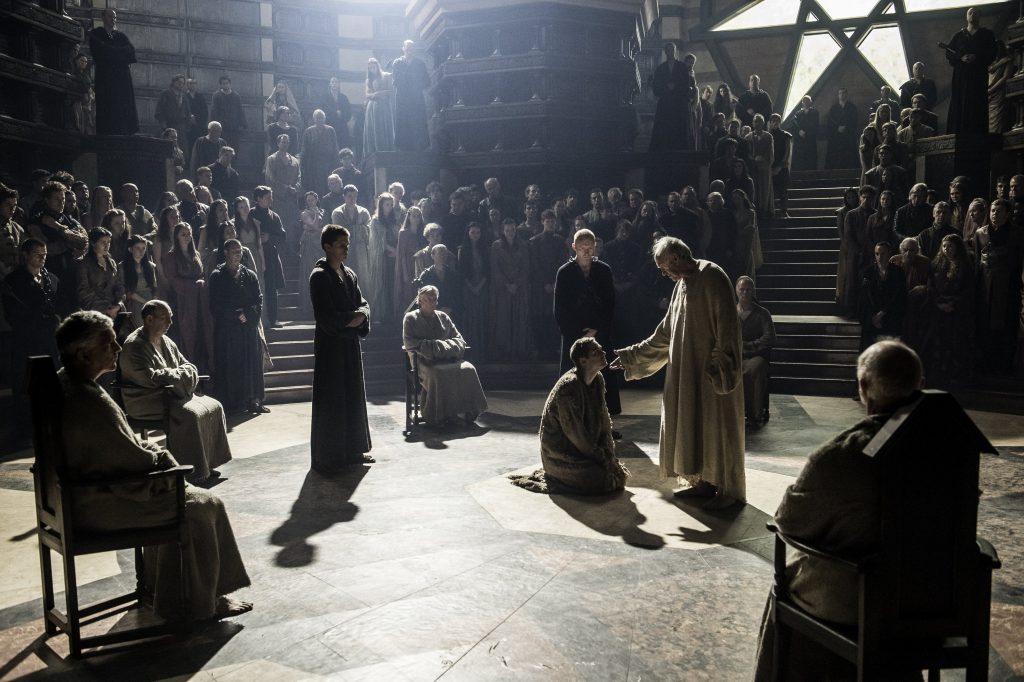 The truth is, I don’t know. I just know that the implied outcome could mean doom for both. But I think it will be more like The Bachelor’s final rose… one stays, one goes. 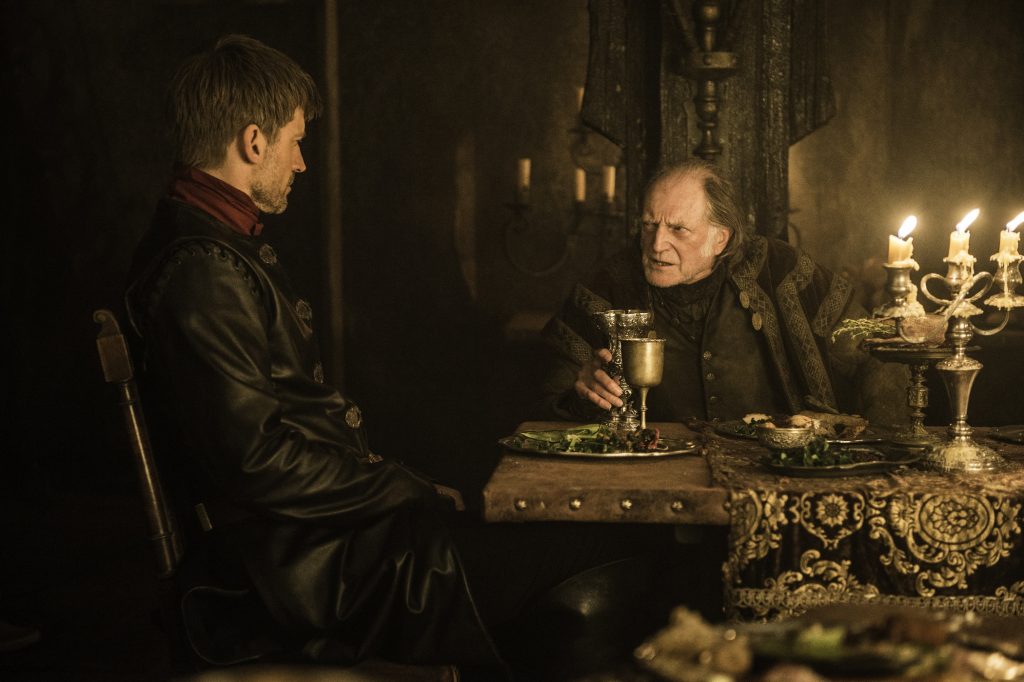 Not sure what’s transpiring between Jamie and Walder Frey but something tells me that all is not necessarily well at the Twins. Regardless of what happens there, Jaime survives and is most likely left wondering what to do once King’s Landing morphs into baked Alaska. 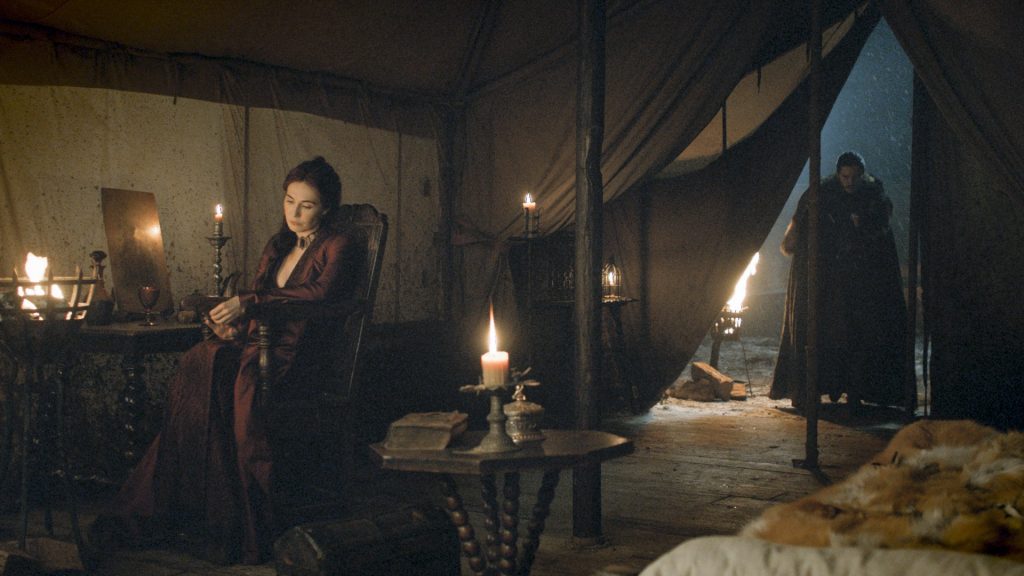 Mel is in hot water with daddy Davos and rightfully so. But I seriously doubt that Jon is going to order the execution of the person responsible for bringing him back to life. I’m thinking more along the lines of punishment… perhaps Jon sentences her to an eternity of life without the magic necklace. Of course, that is probably a death sentence in itself. 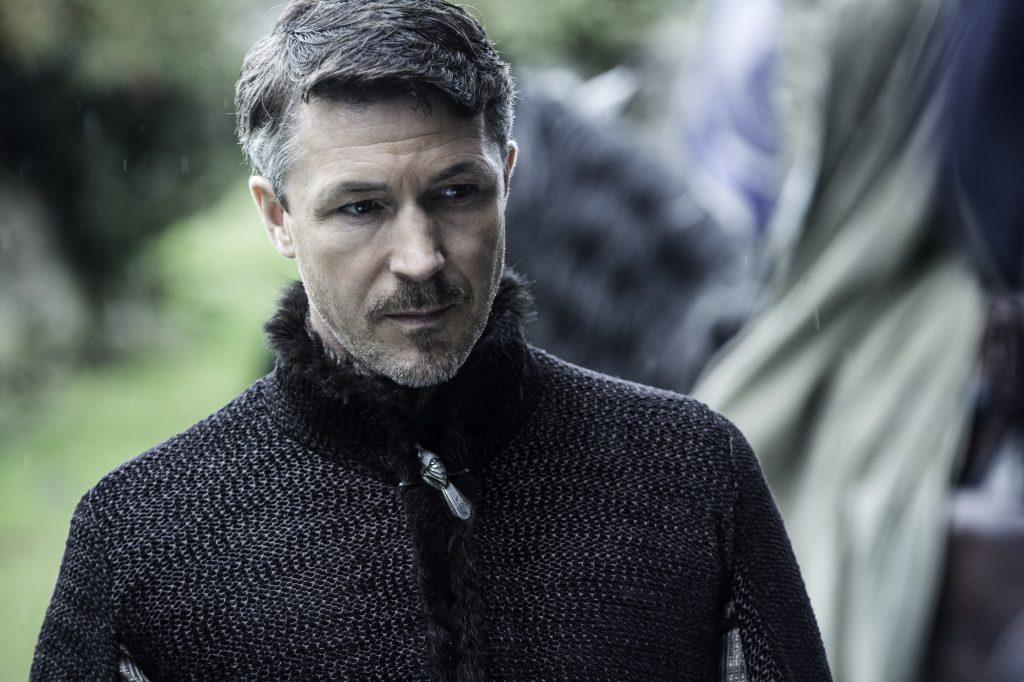 Many believe that Sunday night may be the final chapter in the Petyr Baelish manipulation saga. I respectfully disagree, although I am giving him a 50/50 shot only as it relates to the rest of the crew in his surroundings. If anyone is going to die post Battle of the Bastards at Winterfell, Lysakiller probably has the highest likelihood. But I’m not buying it, yet. Petyr and Varys will have at least one more face-to-face before this party is over. 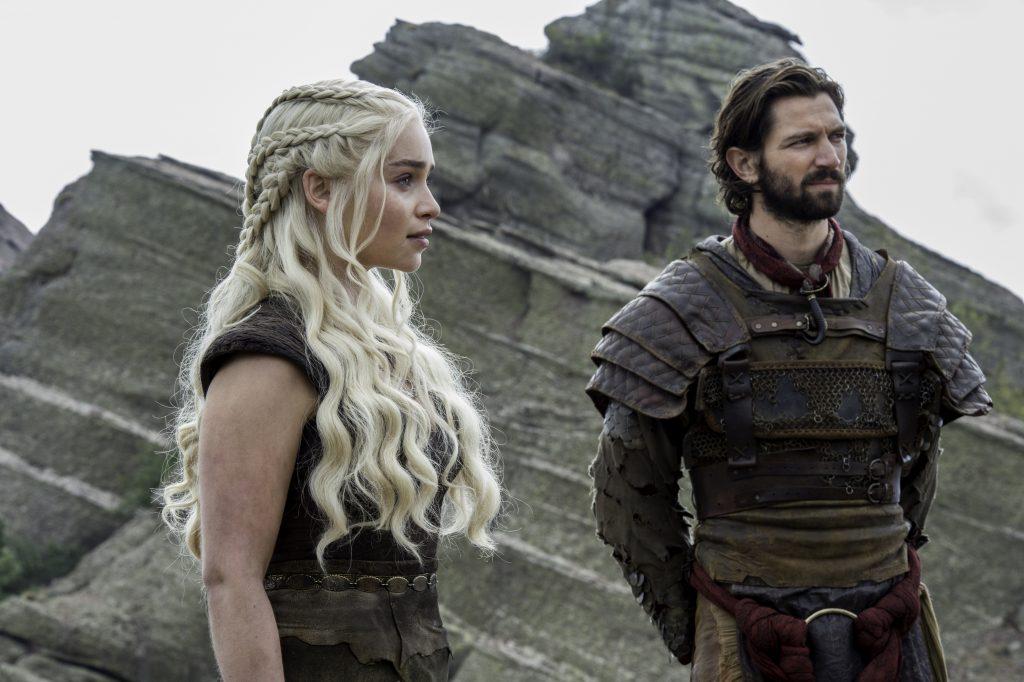 Wait, whaaaat? With Game of Thrones, sometimes you have to pull one out of your ass. And this is my wild card. After the crawfish boil of the Masters last week, the situation looks to be manageable while sailing preparations are likely being made. But this is when GoT stabs you in the abs when you’re not looking. There has been something untrustworthy about Daario for a while and although his death scenario is very unlikely, there’s still one more twist to come from Meereen before Dany heads over to Westeros. 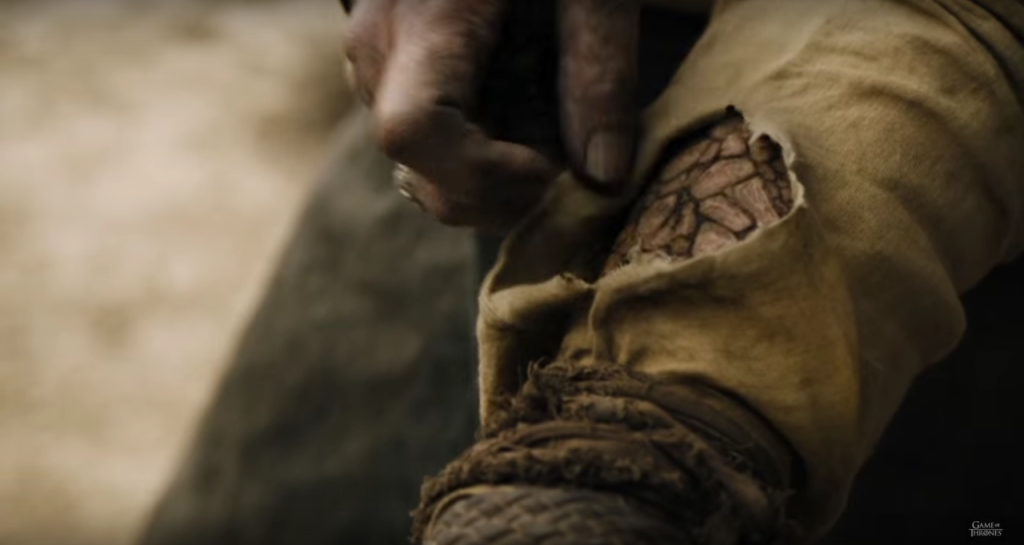 The preseason favorite to be dead by the end of season six looks like he’s going to survive after all. All I’m hoping for at this point is to get a status report on where he is and how his search for the cure is going. 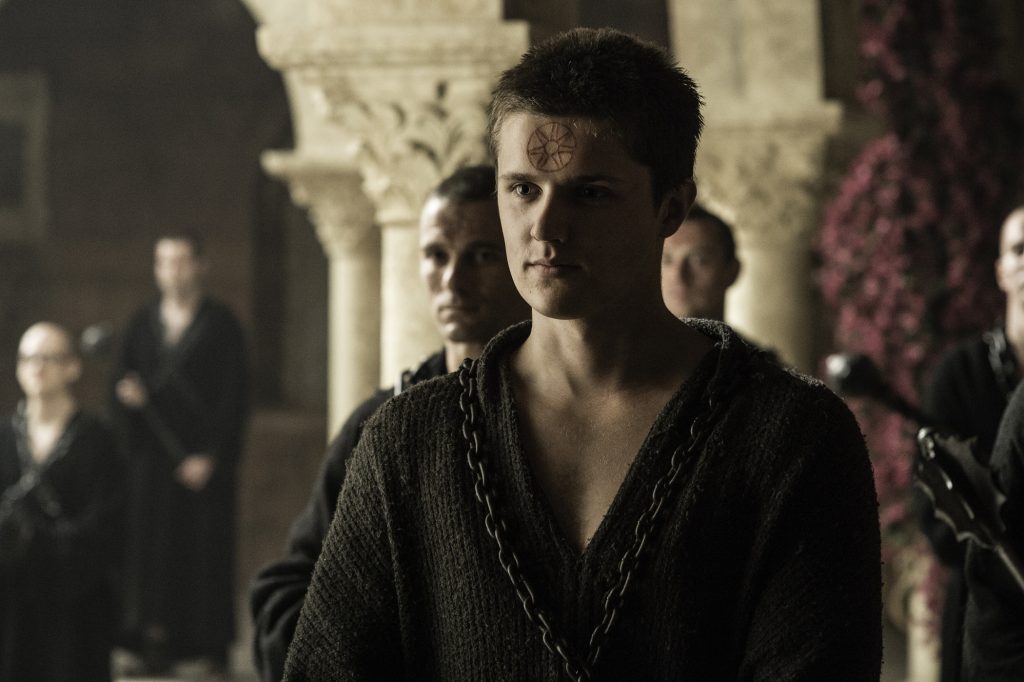 You have my word that if Lancel survives the season finale, I will never again speculate as to the death of Lancel sandwich. The guy snuck off at the end of season two with an injury and managed to survive up until this point. Who is to say he can’t sneak away again? Is Lancel the real Prince that was promised? 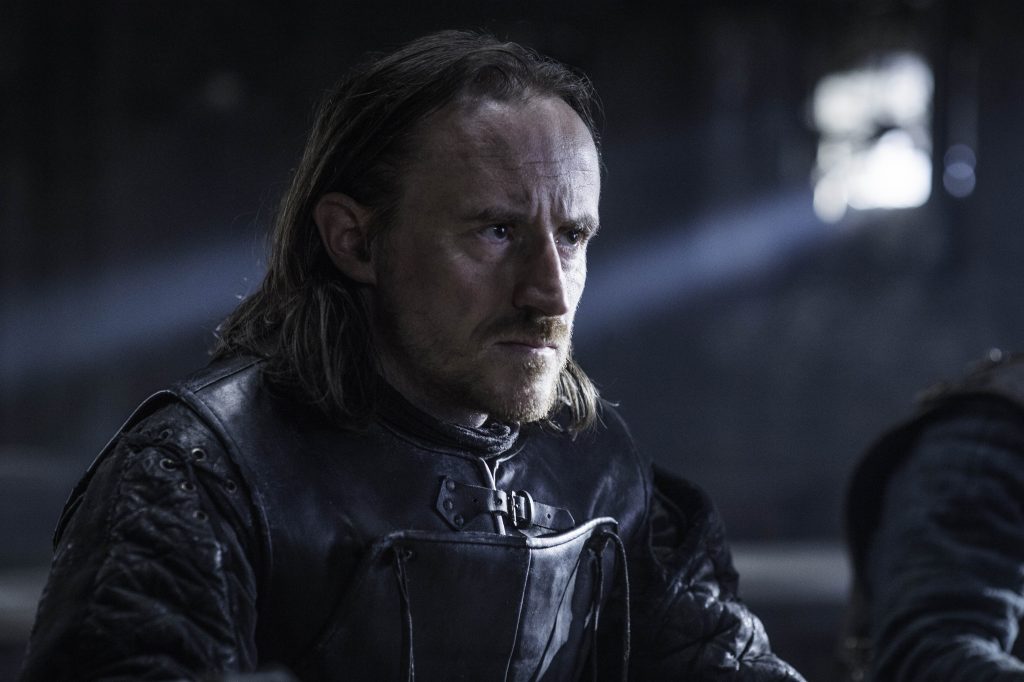 There’s no indication that Edd is in any kind of imminent danger, other than his location and the title of the upcoming episode. The Winds of Winter could refer to a number of  topics depicted throughout the ep. But considering the suggestive episode title and being at the end of the season, a white walker appearance seems probable. And the next logical stop (and roadblock) for the frozen dead is the Wall.

Seal the tunnel Edd. It might not matter, but seal the f’n tunnel anyway. 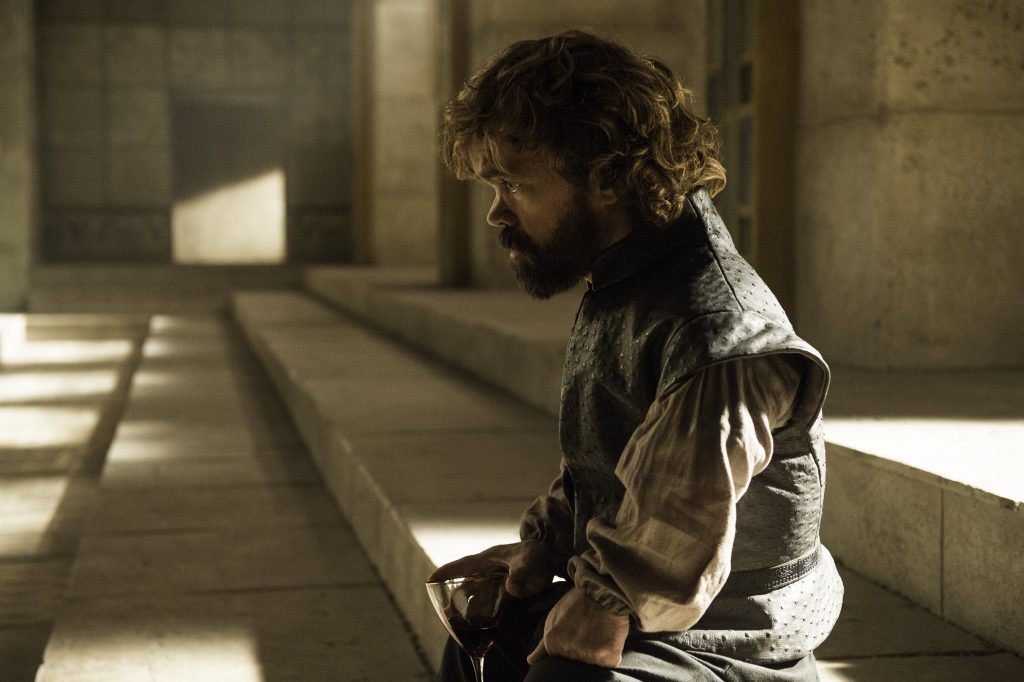 Put it in perspective.

Beyond that, a man will leave you with this: This is it, kiddos. Savor it. Take it all in. Enjoy the big-screen treatment on your small screens at home. At times, Thrones has provided us with so many immensely shocking moments that when we don’t get one, we are prone to do an impression of spoiled brats followed by nitpicking imperfections.

Let’s not do that. Let’s not be those people. Let’s put it in perspective and enjoy this for what it is… an amazingly entertaining and sometimes controversial imperfect television show.

I won’t argue that GoT is the best show on television. It is a subjective statement that can only be decided by the individual viewer. I personally believe it is. But we can all agree that there is nothing else on television quite like it. And in the very near future, it will be over.

Don’t swallow it whole. Enjoy every bite. For after Sunday night, we’ll all be starving again for at least nine months.

Cheers guys and gals! See you all Monday morning for the final Unsullied recap of the season. Until then, be nice to each other, and may there always be peace in your realm. -Oz