UPDATED! New footage: The Lannisters mobilize in massive GoT scene! | Watchers on the Wall | A Game of Thrones Community for Breaking News, Casting, and Commentary

This past weekend we got out first look at the Game of Thrones shoot in Malpartida —First at Las Breñas and then at Los Barruecos. However, that was only the beginning: There are three grueling weeks of work ahead for this key season seven sequence.

Today, thanks to an entrepreneurial Game of Thrones fan currently in Cáceres, we get our first truly great look at the preamble for this action setpiece —As you can see above, with decent resolution photos, no less! We also find out Jaime has a new sword (Or should I say an old sword?) Beware: There are spoilerific pictures below the cut!

About a week ago, Twitter user Rick Zornow took great pictures of the Game of Thrones production in Cáceres, showing the cast and crew rehearsing at El Barrueco de Arriba. Just as diligently, today Zornow shared a great number of pictures of a new scene: 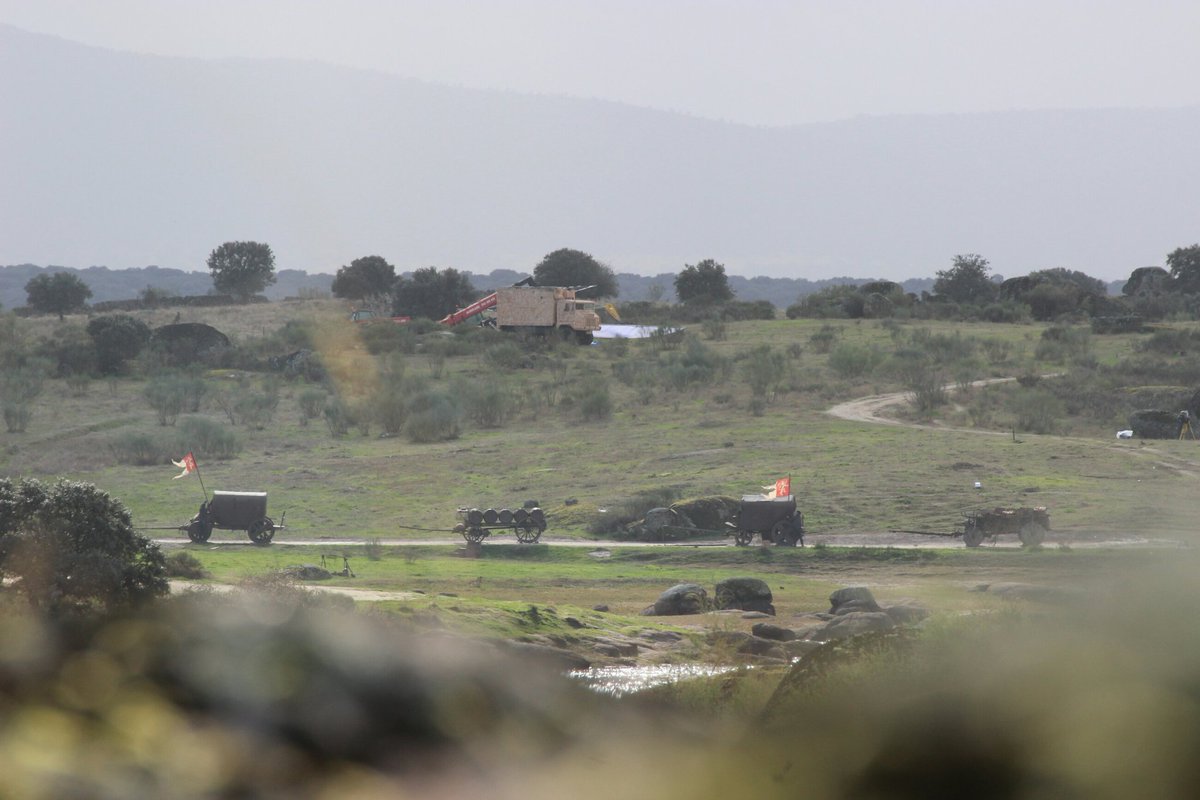 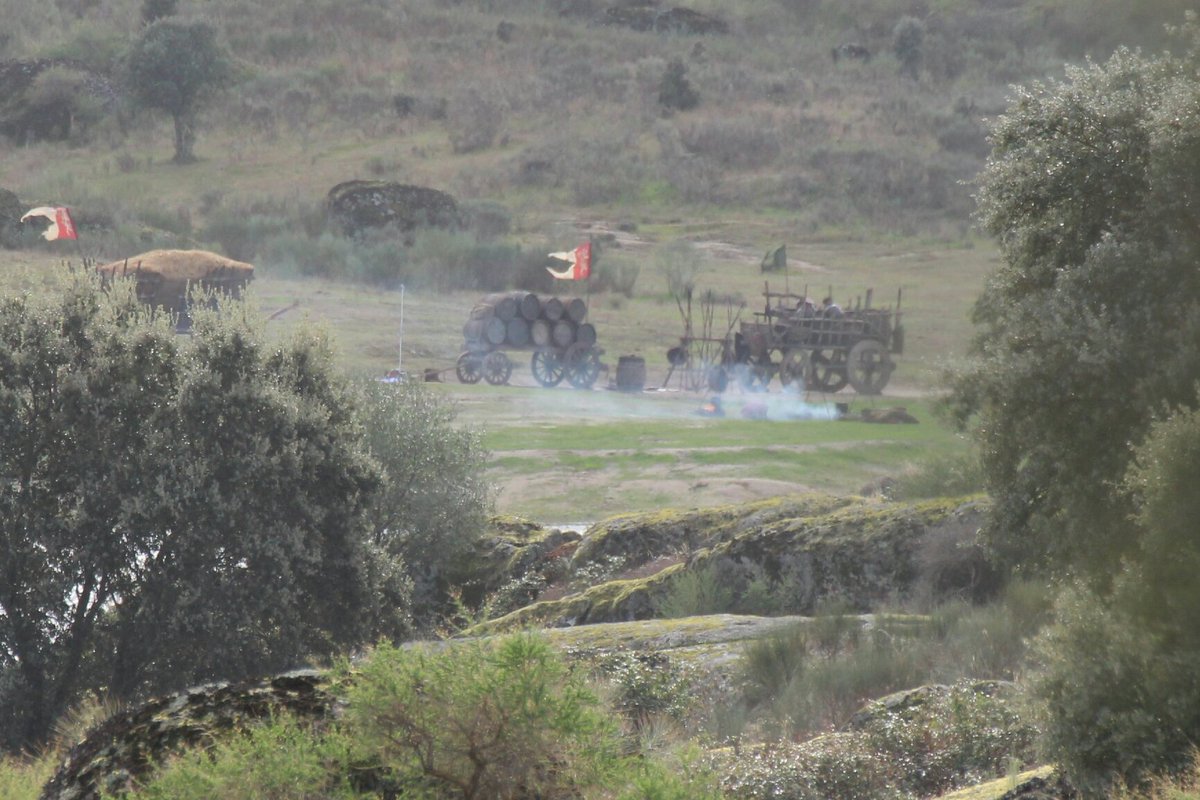 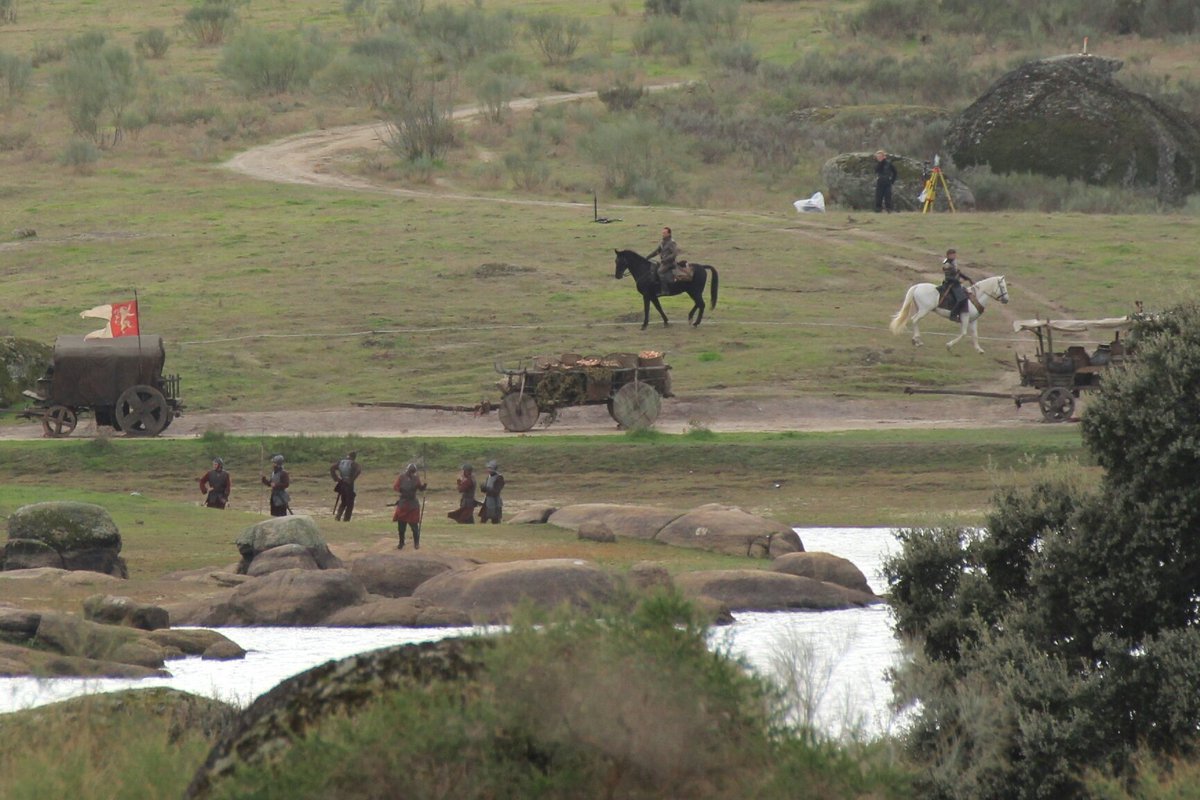 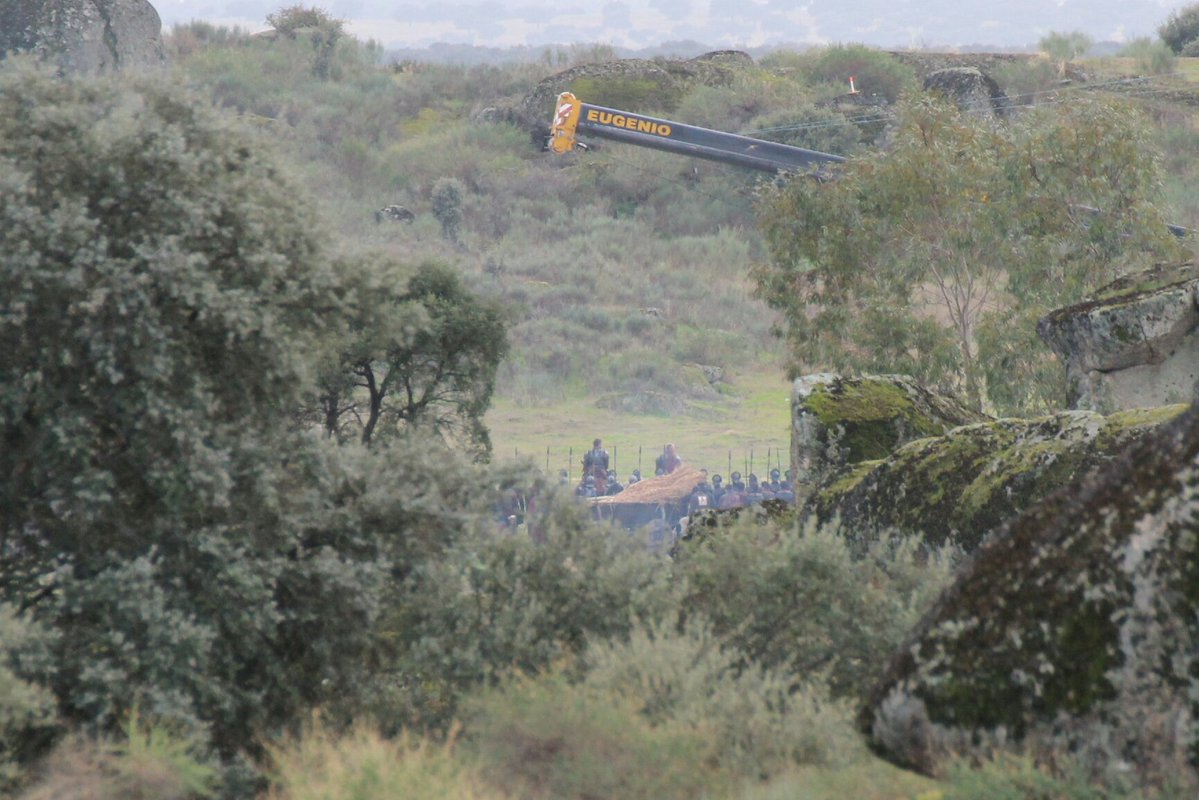 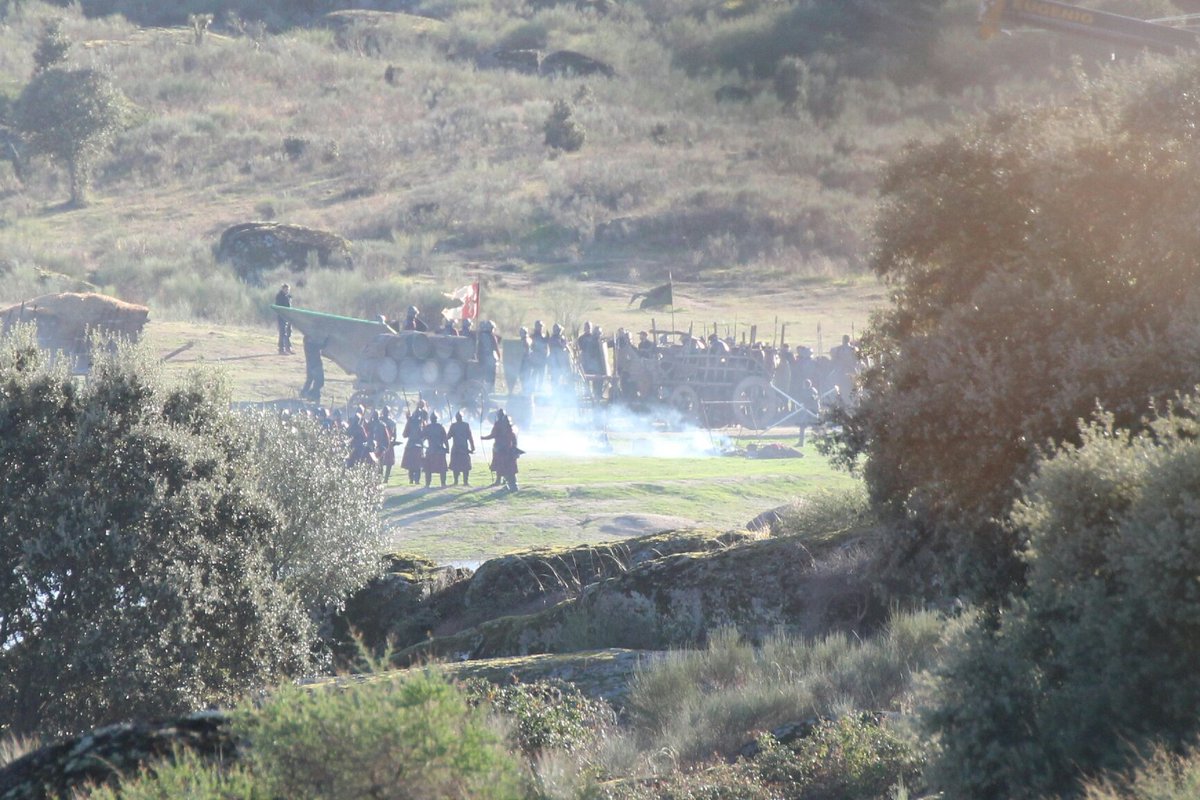 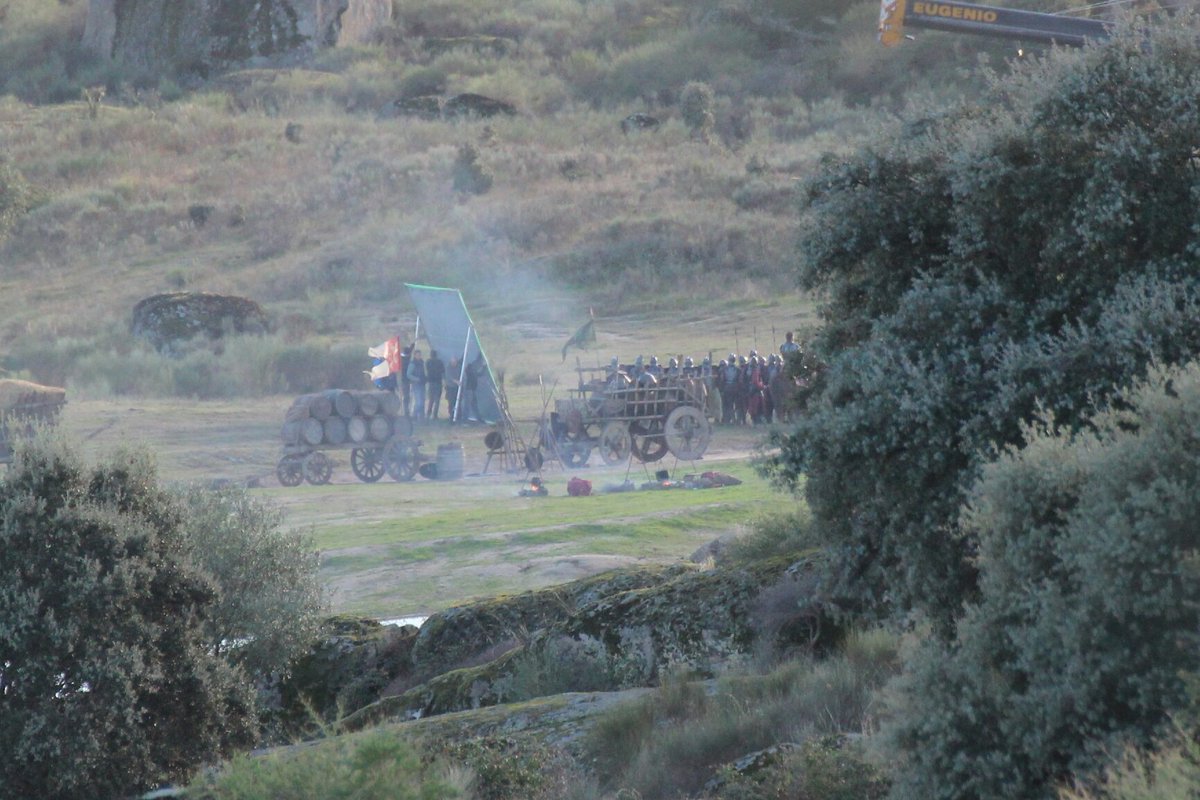 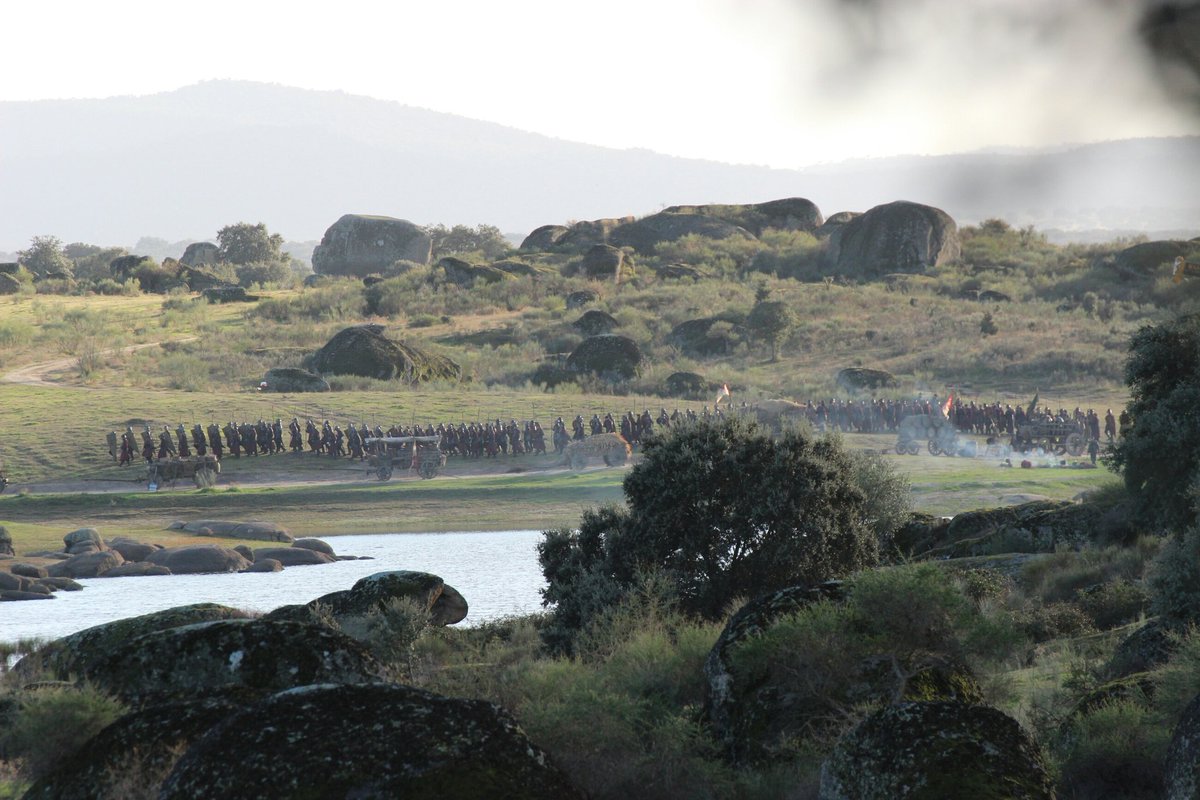 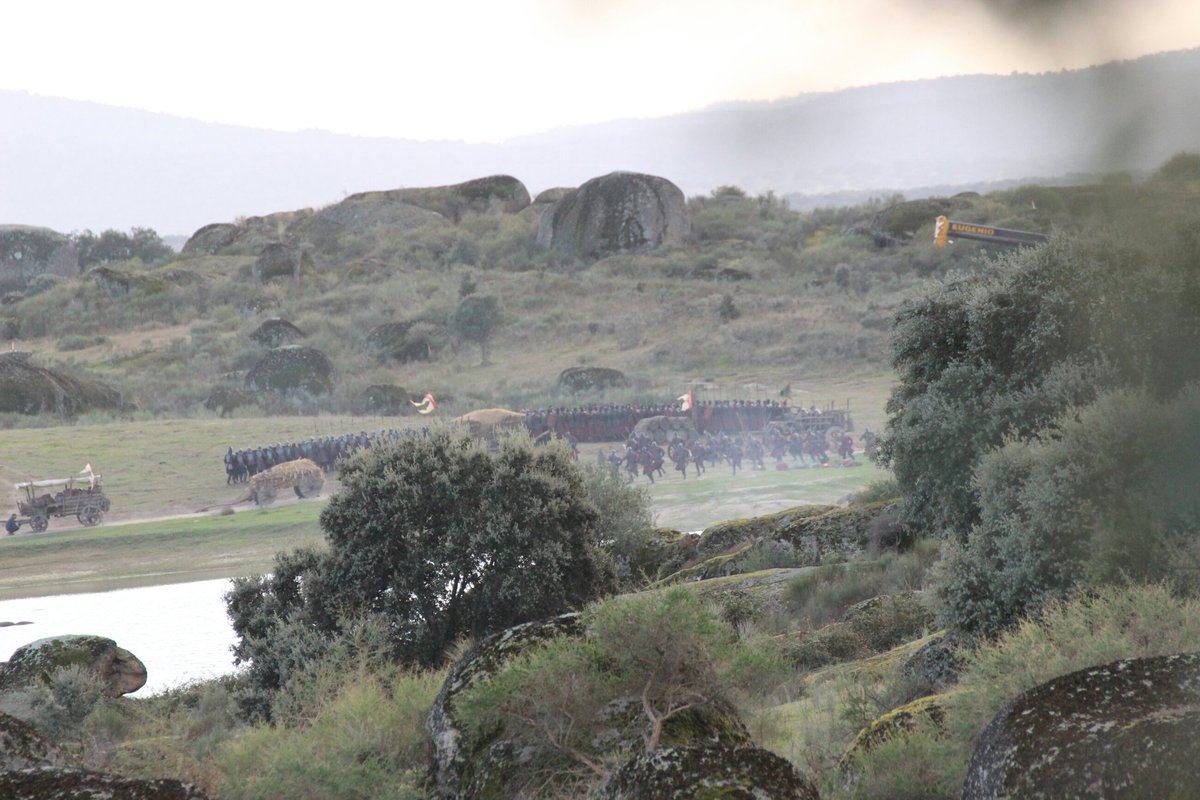 You can see Nikolaj Coster-Waldau and Jerome Flynn working alongside many extras. There is also a green screen, perfectly placed to composite these hundreds of real people with thousands more soldiers generated via the dark arts of computer widardry. Remember to visit Rick Zornow’s Twitter gallery if you want to see each and every one of the pictures he took. The selection above only shows some of the interesting bits.

UPDATE: HahPhi has more pictures of the shoot, and these ones are close-up. In the last picture, you may notice Randyll Tarly mounted on a horse, next to someone who is probably Dickon Tarly, also ahorse, as well as Tarly soldiers marching in line with the Lannister army, confirming the Tarlys’ rumored betrayal of the Tyrells: 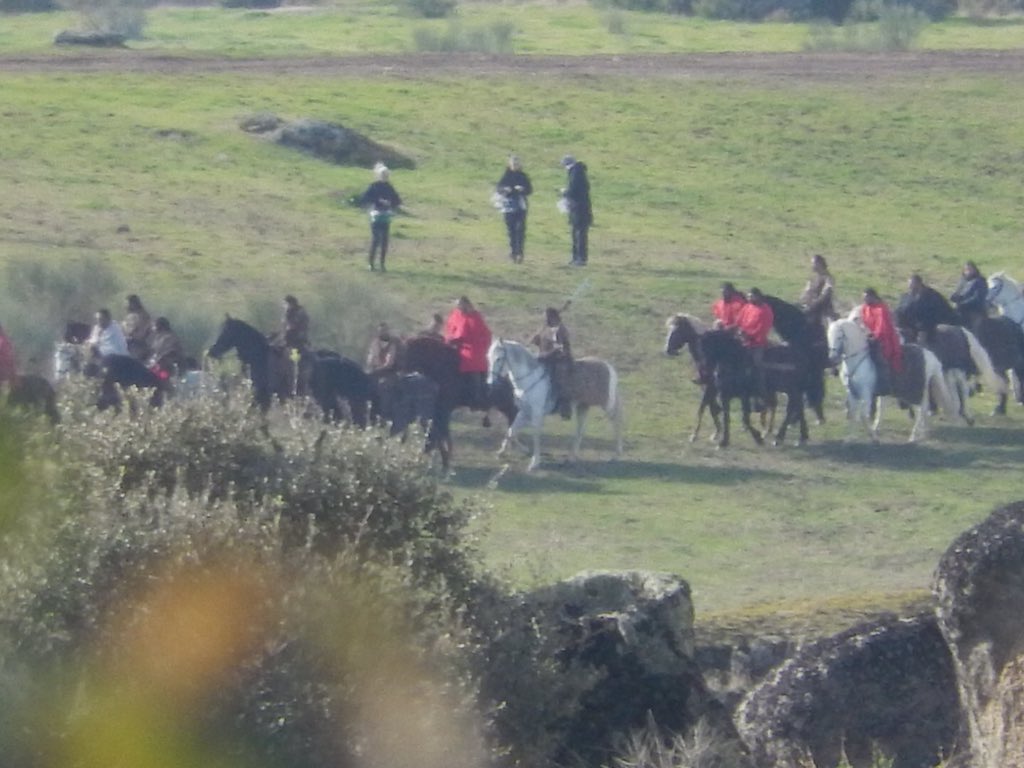 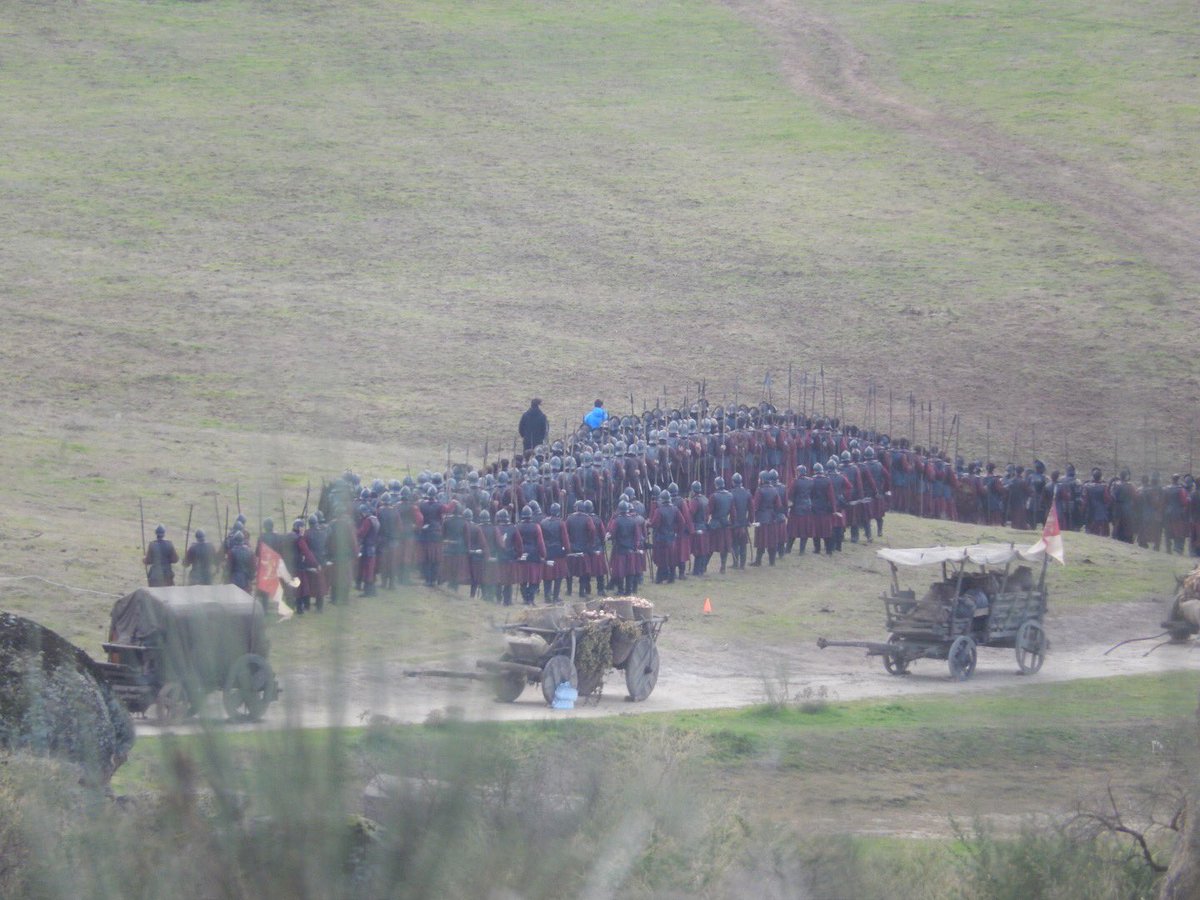 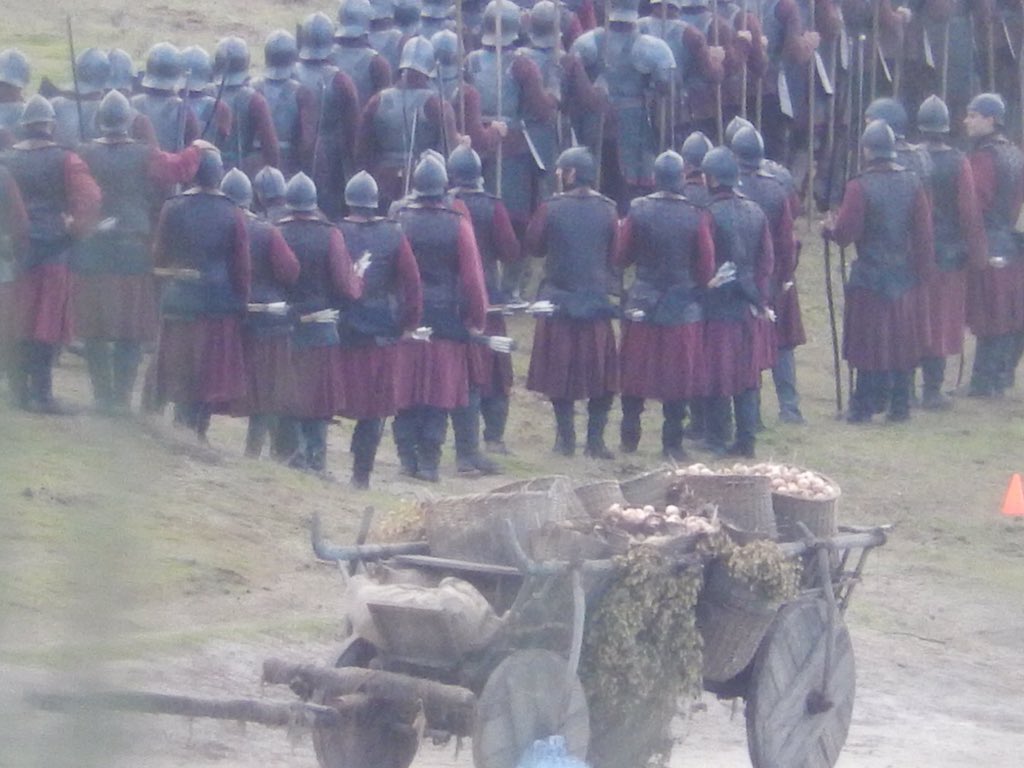 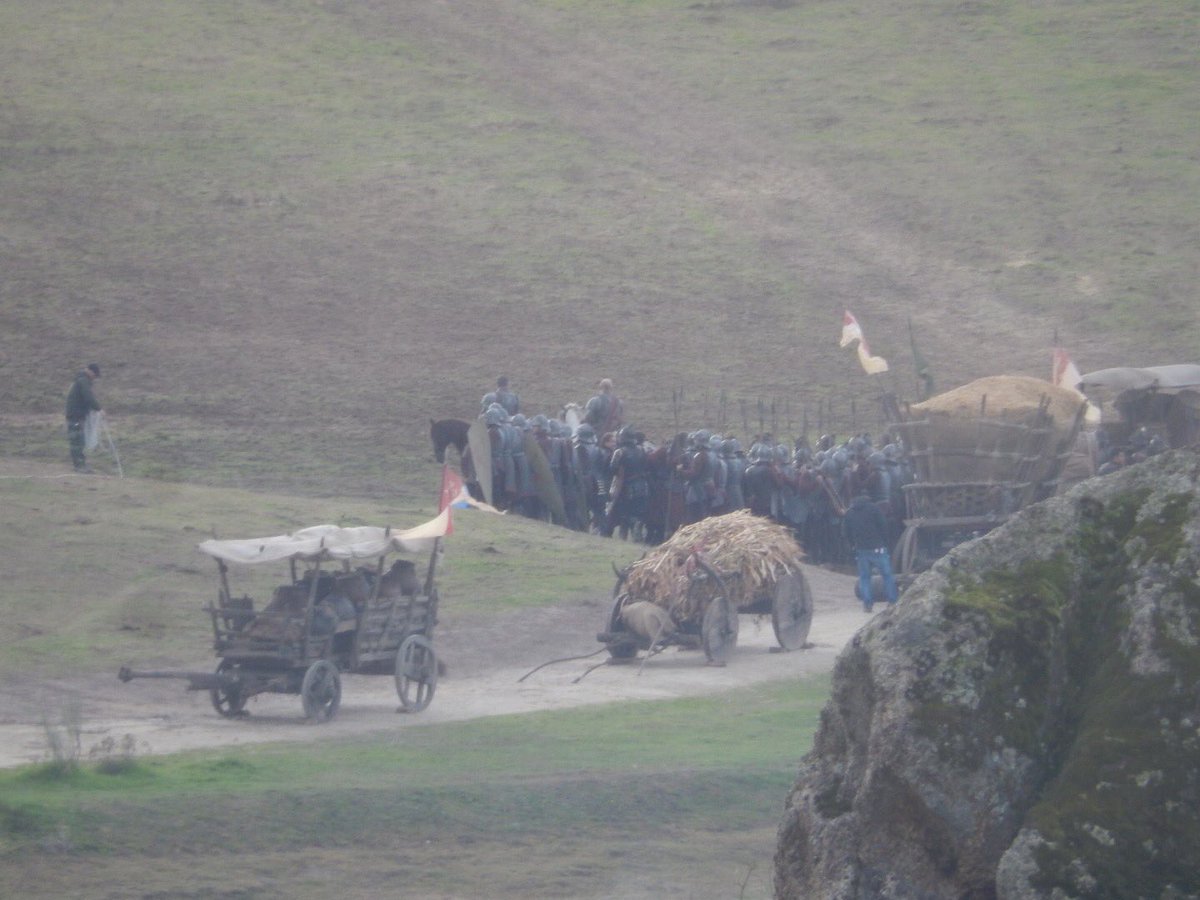 In related news, a new picture has surfaced from the brief shoot at Trujillo Castle, where the aftermath of the taking of Highgarden was filmed. Adrián Alonso, a keen-eyed fan of the show, has recognized the sword in Jaime’s scabbard (Thanks yeahclarke for the tip!) It’s none other than King Joffrey’s Valyrian steel sword, Widow’s Wail.

At the time of the bastard’s death, many in the community wondered whether the sword had been buried with Joffrey or perhaps Tommen had inherited it. If this is indeed Widow’s Wail, that question has now been answered. With Tommen defenestrated and Oathkeeper gifted to Brienne (twice), it appears that Jaime will now wield this other half of Ned’s ancestral sword, Ice. One must wonder if the two halves will clash sometime, as they are in the hands of Brienne and Jaime, who are in opposite sides of the war.

Meanwhile, the ambush sequence is taking shape. First we saw the Lannister army marching with all their booty from the sack of Highgarden and then the Dothraki horde ambushing them. Today’s scene must take place in-between, with the Lannister caravan already in the location of the battle but before Daenerys strikes against them by surprise.

In the following days, if footage proves to be as forthcoming as it has been up to now, getting to parse the many scenes that make up this sequence will be quite illuminating. We’ve known for a long time it would take a bit more than three weeks to shoot —And now, courtesy of Watchers on the Wall sources, we can tell you more: The battle alone may comprise somewhere between a quarter and a third of the fourth episode.