Kit Harington Doesn't Know How Game of Thrones Will End —And It Feels "Amazing" | Watchers on the Wall | A Game of Thrones Community for Breaking News, Casting, and Commentary 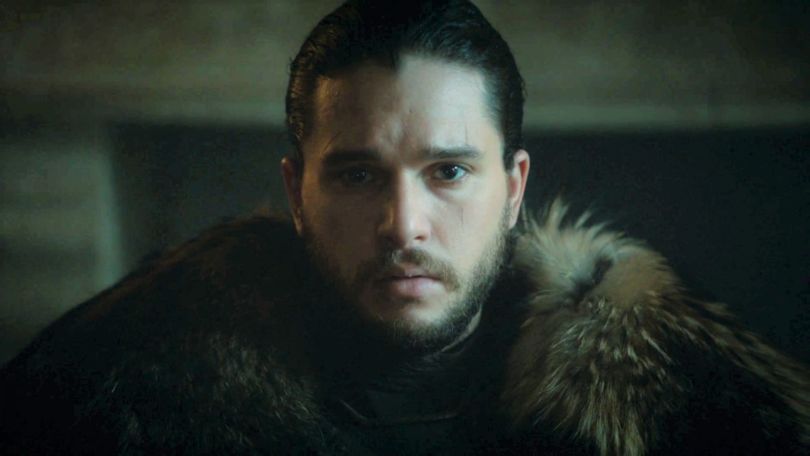 Since being cast as Jon Snow for Game of Thrones, Kit Harington has appeared in a fair share of movies — his latest being Brimstone, a Western directed by Martin Koolhoven. While promoting the film, the looming ending of Game of Thrones was brought up, as it is to be expected, and the actor had a few things to say on the subject.

In an interview with Moviefone, Kit Harington expressed his feelings towards the lack of source material now that the show is caught up with it — in particular how this has affected him as an actor, as he is for the first time unaware of the fate of his character:

“It’s just amazing, in some ways, having no book to go on, because the scripts come through and you’re completely in the dark about what they’re going to do. Believe me, I just finished season seven, and I am already counting down the days until I get the season eight scripts. Everyone’s been wondering how it’s going to end, and what’s going to happen right from the get-go, and theorizing about it. It’s really exciting to me not knowing, genuinely having no idea where it’s going to end, what they [David Benioff & D.B. Weiss] have got in their heads, and being the first to find out.”

Finally, Harington was asked to elucidate his feelings on Jon Snow and his character arc:

“I sort of know where he is now. Next season [the eighth] will be next season, he might go through a big change, I don’t know. He’s dear to me. I’ve lived with him for so long. I think I’ve come into a place of feeling quite emotional about him, actually, knowing that I’m not going to get to go back to him after next year. I’m really trying to just take stock of having lived this sort of dual life with this character, and being through so much with this character. It’s been a strange journey, but I’ll always be fond of it.”

It’s nice to know we the fans are not the only ones who become attached to these characters, and that actors such as Kit Harington do feel an special affinity for his. Indeed, he seems to wonder as much as we do what lies ahead for Jon Snow.