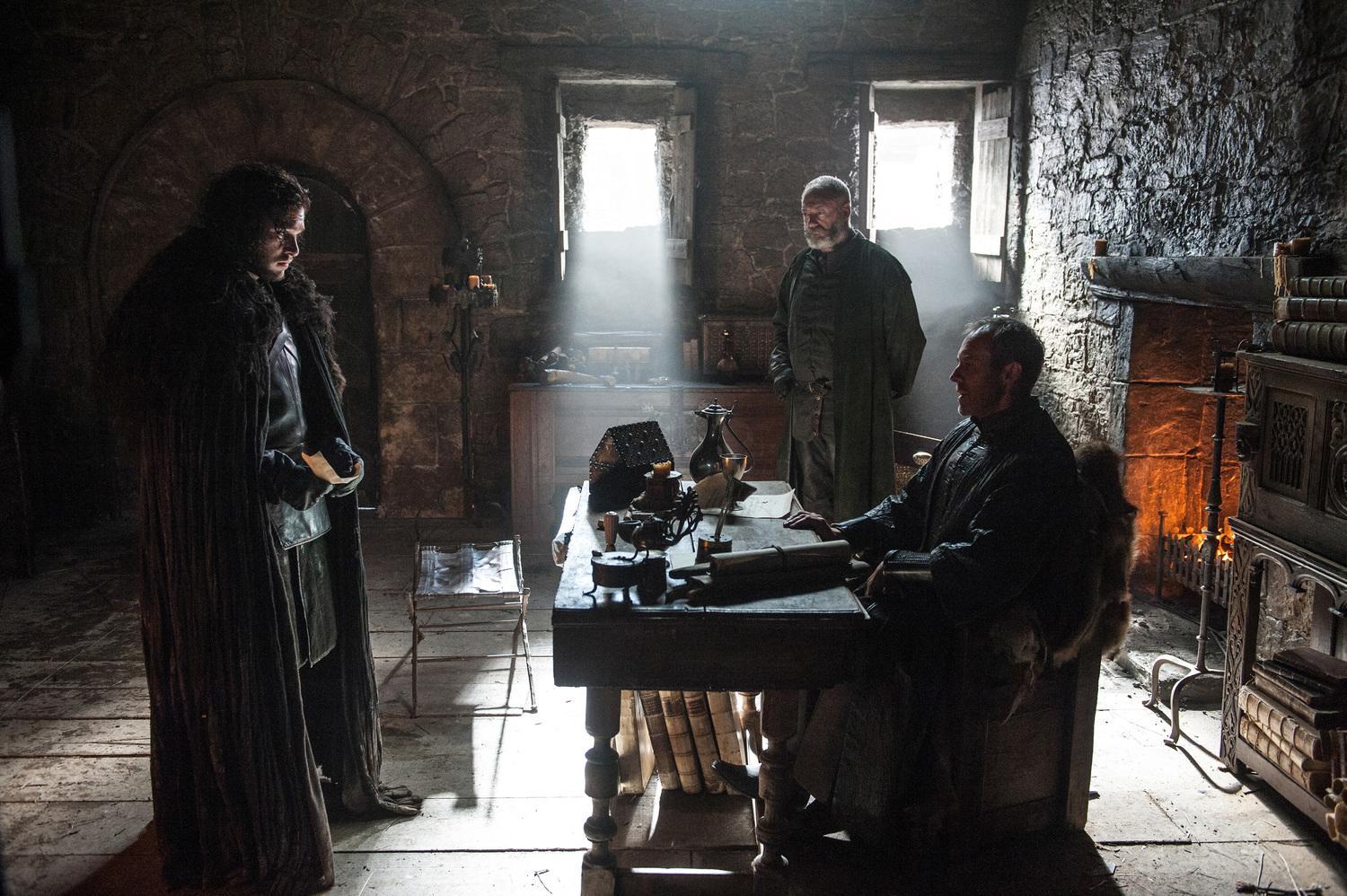 In an interview with the Irish Examiner, Kit Harington publicly opened up for the first time about the late J. J. Murphy, who will appear as Ser Denys Mallister in Season 5.

It was sad… He was in a scene in episode three, so I met him then. He was an old gent, but he was very excited being on set. We had a good chat. It was a day that Peter Vaughan [Maester Aemon Targaryen] was also on set — two legends of the acting world — and they sat and traded stories.

Reminiscing on their shared time on set, he also drew attention to the age gaps between the various actors at the Castle Black set, and their combined years of acting experience:

We had a whole four generations of people there — we had Brenock [O’Connor], who was younger than us, then us young bucks, and then Owen [Teale] and Dominic [Carter] who are an older generation than us, and then we had JJ and Peter — it was a cross-section of the acting society there, which was wonderful to see. May he rest in peace. He was a lovely fellow.

In the same interview, he offered some vague thoughts on the political situation between Jon and Stannis heading into the season:

What’s interesting about Jon this season, is that he has yet another older male figure come in his life — Stannis Baratheon. I thought [he] would tell me I was special and he could see something in me, because that’s what [Jon’s] had the whole time… But what’s interesting [in] this season is that he refuses to listen to [Stannis], becomes his own person and makes his own decisions. 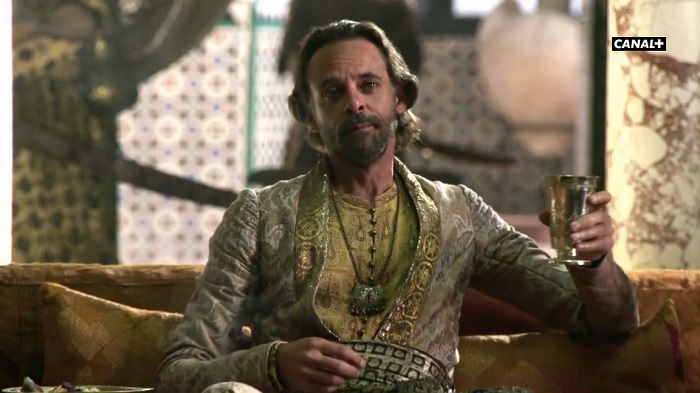 In a video from Canal+, cast members Emilia Clarke, Carice van Houten, Jessica Henwick, Rosabell Laurenti Sellers, Iain Glen, Nathalie Emmanuel, Sophie Turner, Kit Harington, Alexander Siddig, DeObia Oparei, and Alfie Allen all talk about their roles in the upcoming season (dubbed over in Spanish). What’s particularly intriguing for us, however, is that there are a few new B-roll shots from Daznak’s pit, as well as some dialogue between Ellaria Sand and Doran Martell.

Finally, the last couple of days have yielded some quite interesting updates from the Making Game of Thrones blog.

First up is an insight into the making of the red Weirwood leaves. It should be no surprise at this stage, but the props department continue to put an incredible amount of work into the tiniest of background details.

We have also been given a much closer look at the Maester’s Chain, and what the different links represent. The one on display does not seem to belong to any maester in particular, rather being a complete version to demonstrate the variety of materials involved. 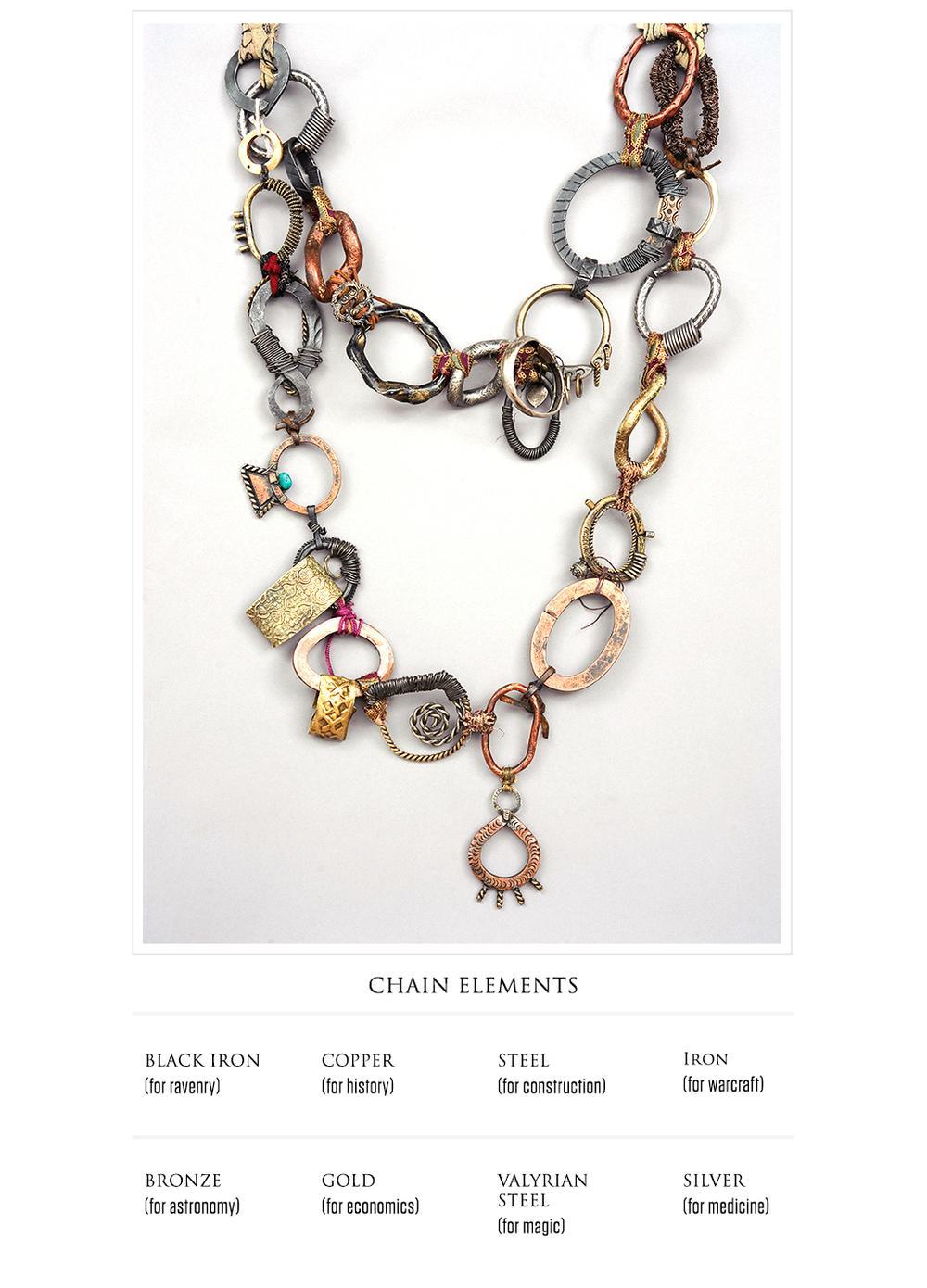