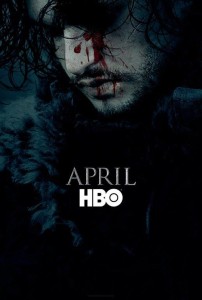 Kit Harington talks to TimeOut this week, promoting his leading role on the West End stage in “Doctor Faustus.” The complete interview will come out in April, closer to the play’s premiere date, but the magazine had a Game of Thrones tease for fans they’ve shared in advance.

“Look, I’m not in the show any more. I’m definitely not in the new series,” Harington tells TimeOut. With questioning, he admits he did do some filming. “I filmed some scenes of me being dead – [jokily] it’s some of my best work.”

The actor denies having any further knowledge of the show beyond that, saying, ‘I don’t have a clue. I know how long I’m a corpse for, but I can’t tell you that!’

Fans can decide for themselves whether or not they’re buying this anymore.

There is one other piece of new information today: the HBO schedule has been updated to include the Game of Thrones season 6 premiere, on April 24th. Unfortunately, it doesn’t yet include an episode title (our survey participants will have to wait longer to discover who did best!), but it does list a running time of 50 minutes, and the main cast members for the episode.

The list of names does appear to be an updated one, no longer including Stephen Dillane (Stannis) or Nell Tiger Free (Myrcella). Last year’s main cast listing included the Martell storyline actors from the season premiere, and they’re not included in this main cast list (though we do know they’re in season 6 at some point). We’ll keep our eyes peeled for any further changes to the HBO schedule. 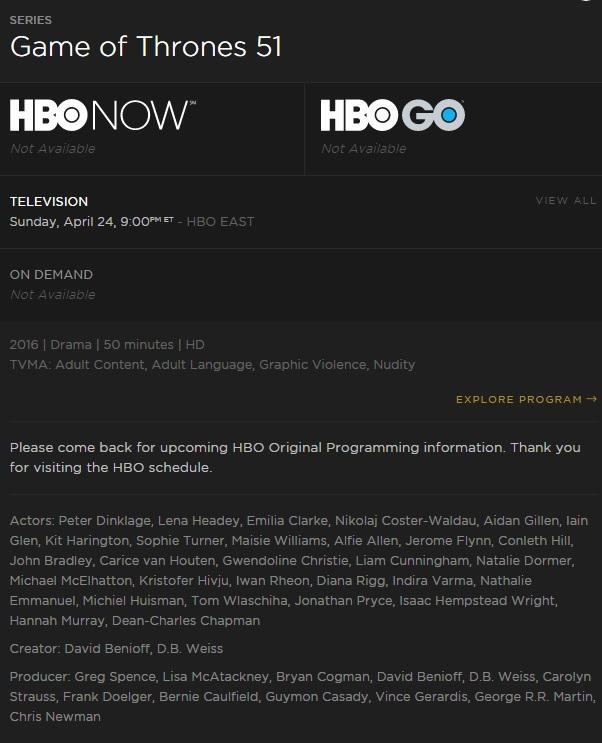