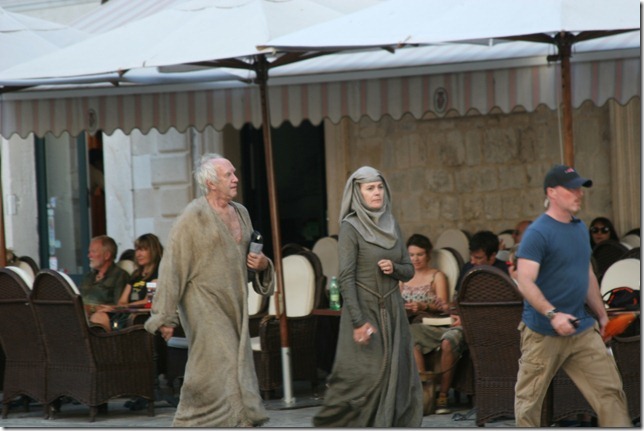 Filming for Game of Thrones season 5 in Croatia is finally winding down. After an intensive two weeks of shooting King’s Landing scenes in Dubrovnik, the production team is currently at work in Villa Sheherezade.

However, we haven’t had our last insight into filming in the city of Dubrovnik itself.

WiC has recently acquired some images, one of which shows cast member Jonathan Pryce, who will portray the High Sparrow in the upcoming season. This gives us our first look at the actor on set and in costume.

Spoilers and more images after the cut.

There is a septa-like woman pictured with Pryce above. It is interesting that she is striding with him as opposed to simply being in his general vicinity, being notably separate from the extras. This would seem to indicate an elevated level of importance in her role rather than simply being a background extra. At the very least, hers is likely a speaking role. Septa Unella, perhaps?

The rest of the images are of scenes at the Jesuit Staircase in the Old City. This block of filming took place from September 27th to October 1st, and there has been a plethora of images documenting it. The images below show what seems to be some sort of confrontation between Tommen and the Faith Militant. Cersei is notably absent, although Tommen is flanked by a large bodyguard consisting of both Kingsguard and Lannister men-at-arms. 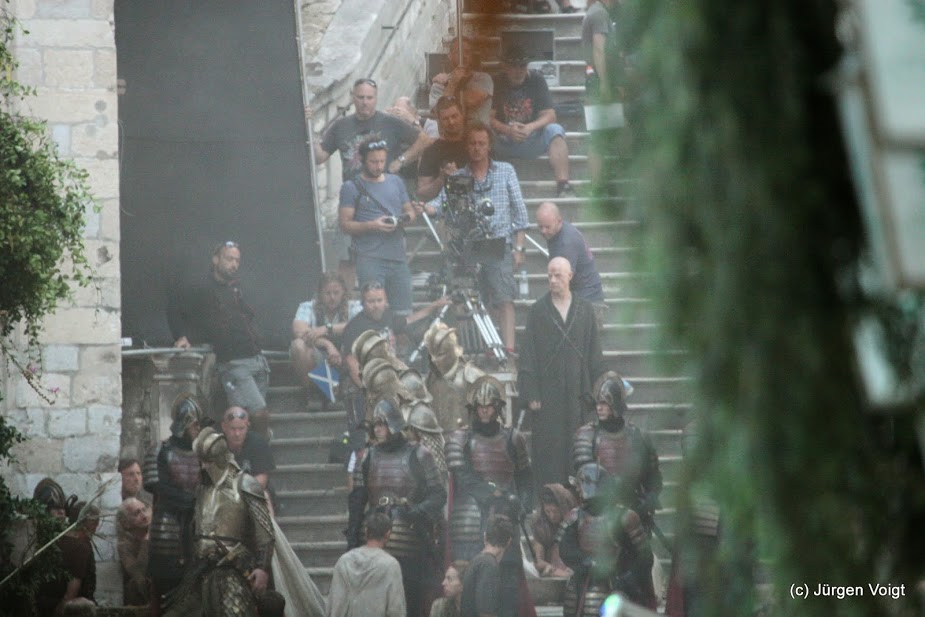 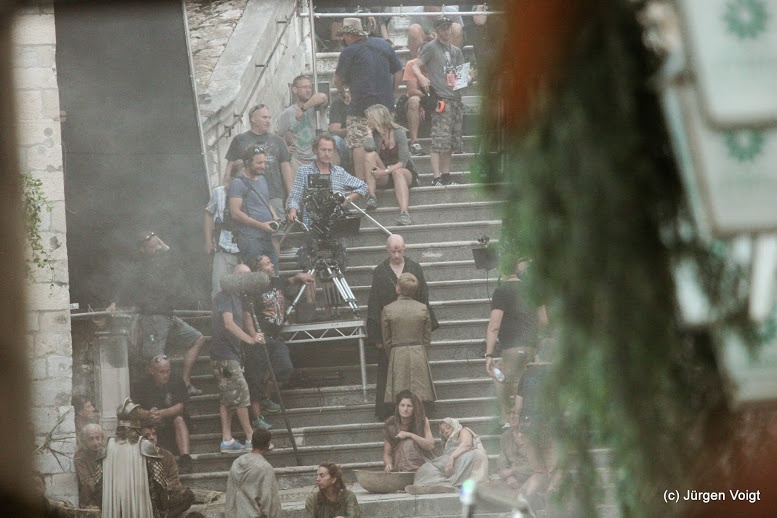 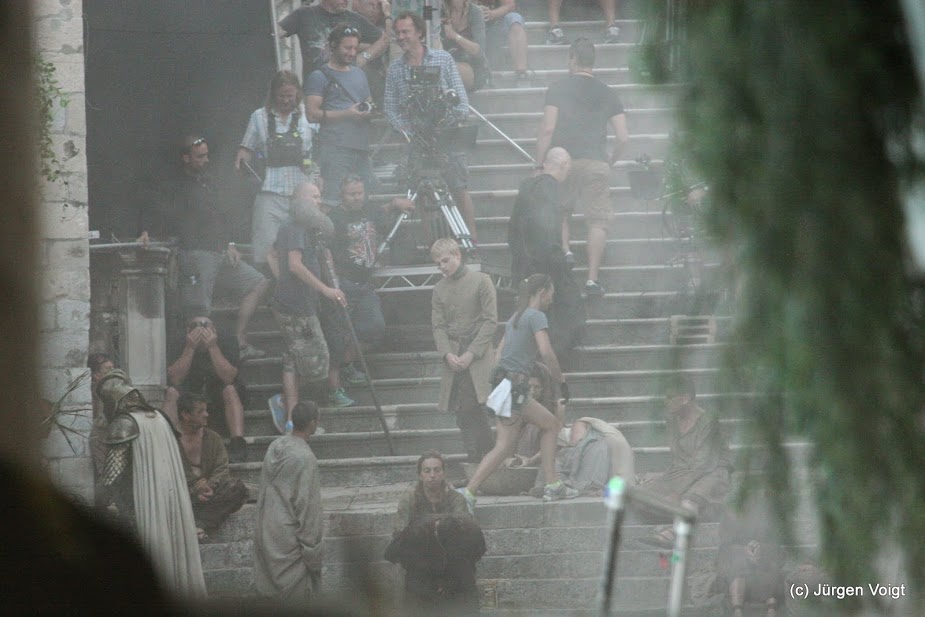 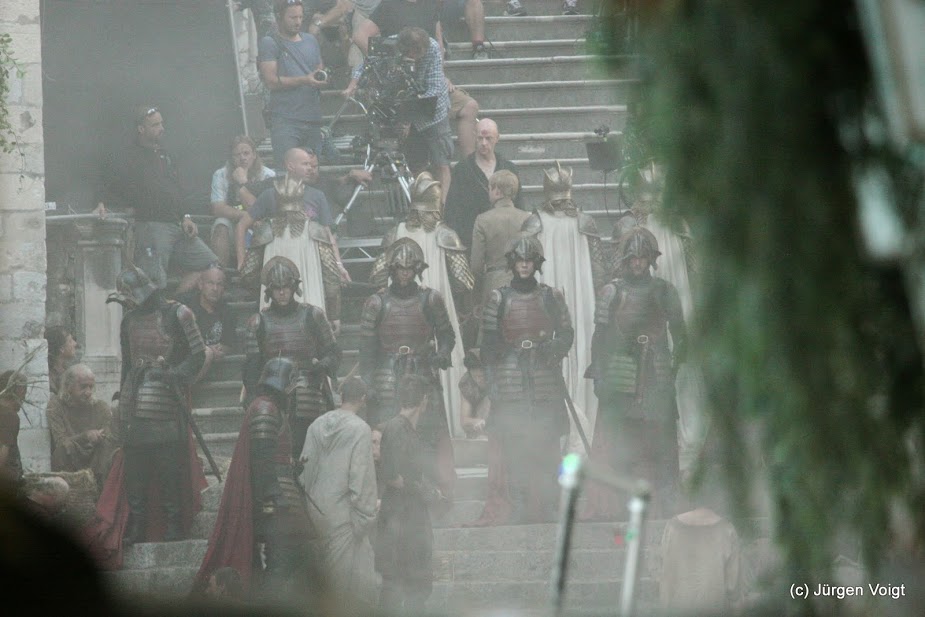 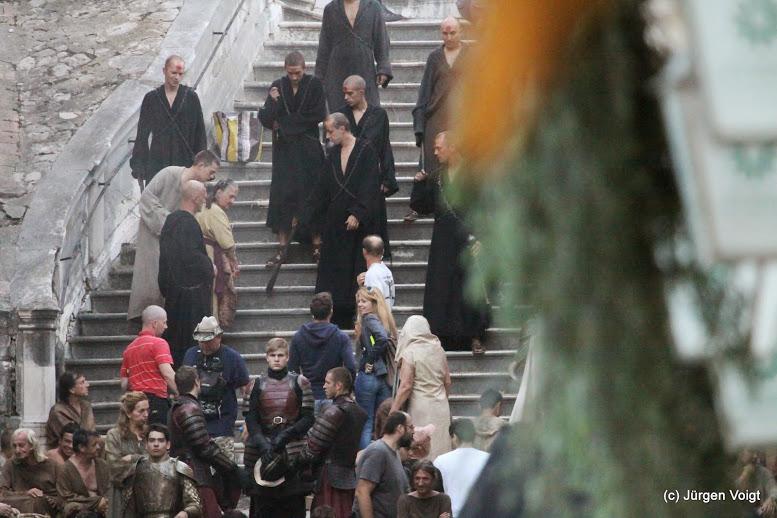 In other news, the Game of Thrones crew will arrive in Seville tomorrow, October 6th. ABC de Sevilla notes that shooting there will not actually begin until the 10th, indicating that the production team will likely prepare props and sets over the first few days.

To hold us over until then, DeObia Oparei has confirmed that he will soon begin filming.

Hey Voyagers! Before I dash off to Seville, next week, on Game Of Thrones, I’ll be taking a morning class, on… http://t.co/triNR8YXdK