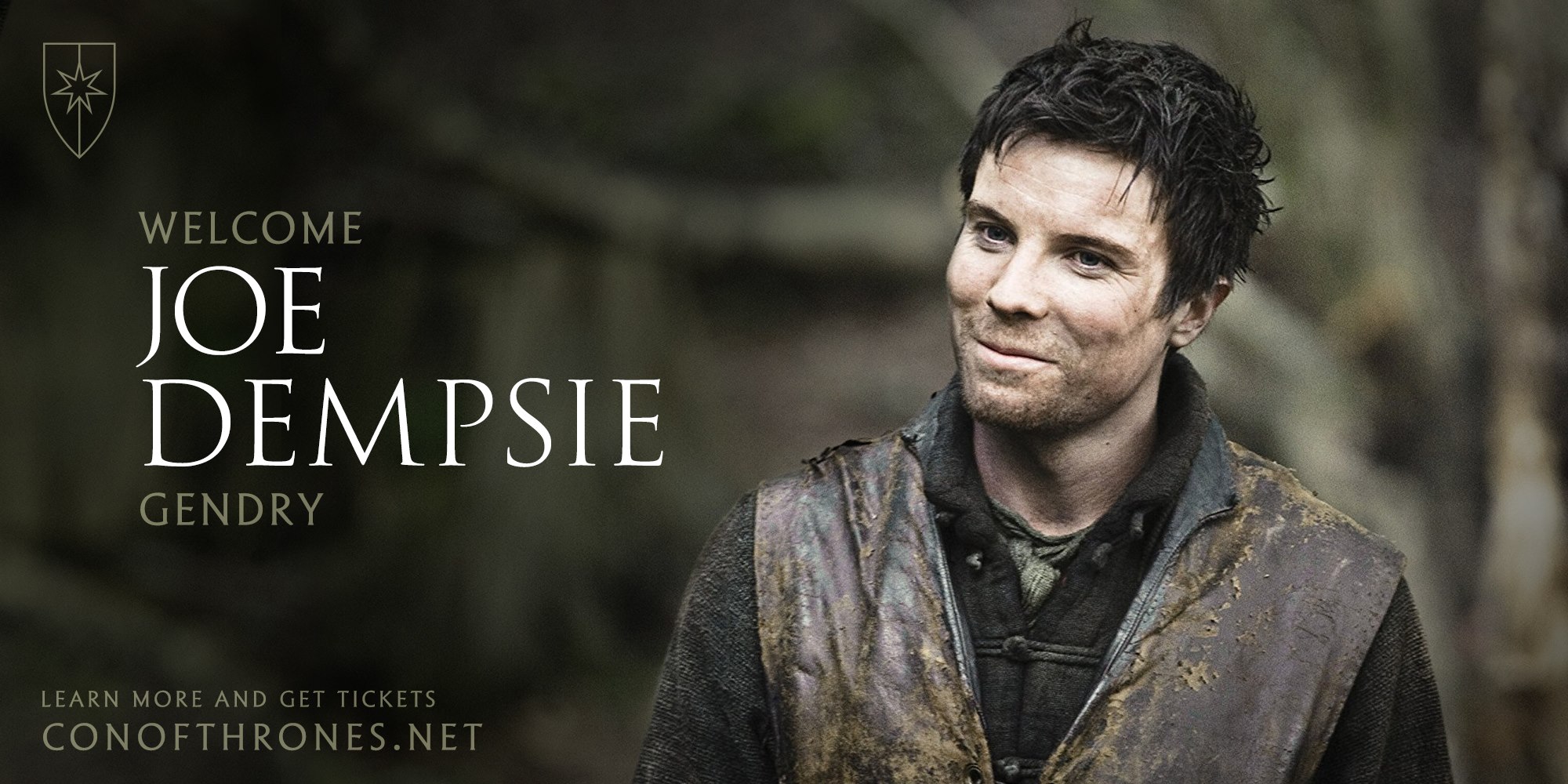 It was only yesterday that we announced James Cosmo, the Lord Commander Mormont himself, would grace us with his presence at this year’s Con of Thrones, and yet the amazing guest announcements just keep on coming: today, Watchers on the Wall has the honor of revealing Joe Dempsie is joining the ever-growing guest line-up! That’s right: in less than two months, if you swing by the Con of Thrones in Dallas, you’ll get to meet the man behind Gendry, who we just learned will have a big part in season eight.

After disappearing for three seasons, Dempsie’s character made an exciting return in season seven, one that is promised to be followed through in the last season of Game of Thrones. The English actor, best known for his roles in the British comedy-drama Skins and a certain HBO show, is such an exciting inclusion to the already impressive list of special guests for Con of Thrones 2018, including cast members Esme Bianco​ (Ros), Sam Coleman​ (Young Hodor), Kate Dickie (Lysa Arryn), Sibel Kekilli​ (Shae) Hannah Murray​ (Gilly), Aimee Richardson (Myrcella Baratheon), and Miltos Yerolemou​ (Syrio Forel); Sound Designer Paula Fairfield and Weapons Master Tommy Dunne; and fan-favorite podcasts A Storm of Spoilers, The Ringer’s Binge Mode​, and Bald Move​.

You may join some of the biggest Game of Thrones fans, actors and creators at the Hyatt Regency Dallas in Dallas, Texas, from May 25 to May 27. This packed three-day weekend will feature panels, interviews, discussions, workshops, and more. Autograph and photograph experiences with special guests, including Dempsie, are now on sale. Keep an ear out for the programming schedule, as well as more special guests, coming soon!