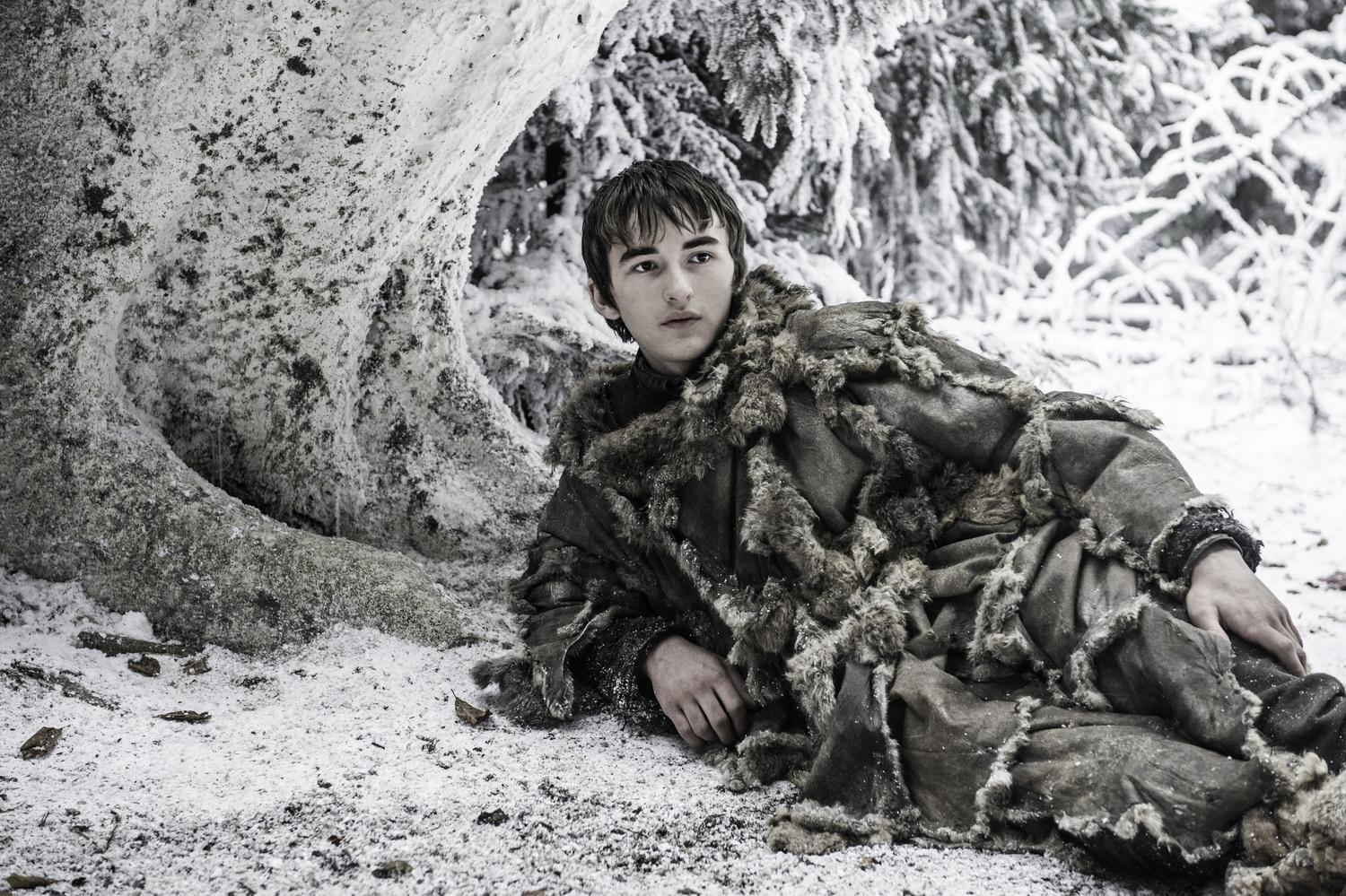 Last year was quite difficult for Bran Stark in Game of Thrones, and apparently that’s not changing any time soon. Isaac Hempstead Wright made an appearance yesterday evening at the Game of Thrones Live Concert Experience in New York’s Madison Square Garden, and Entertainment Weekly was on hand to interview the new three-eyed raven.

Hempstead-Wright had quite a bit to say to EW’s Shirley Li regarding Bran’s transformation (but not “growing up”) and the tragic loss of his companions. Thankfully, the usual Game of Thrones tragedy is a long way away for the actor:

“We got done in the beginning, which really helped for me. I think they were filming until February, but I was done [in 2016] when everyone was still flying back out.”

As for filming without Kristian Nairn, who has been his companion and friend since the very first season, apparently “it’s just weird. It feels empty, like, where’s my buddy on set? Although it’s a lot more peaceful now. [Laughs] I’m just teasing! Don’t tell him.”

Despite the tear-jerking consecutive sacrifices of Summer, Leaf (Kae Alexander), the three-eyed raven (Max von Sydow) and —last but certainly not least— Hodor (Kristian Nairn), Bran finds himself in an uneasy position at the beginning of next season:

“Is he gonna tell Jon? Is he gonna find anyone? Is he even going to make it past the Wall? He’s only with Meera now… out in the middle of nowhere, so it’s not looking great.”

“He suddenly lost his legs, and then his family got killed, and then his house burned down, so it’s like, okay, ‘Now I’m in this forest with all these random people, and now I’m having weird dreams,’ but what Bran is thinking of above anything else is this sense of responsibility and purpose and not just being a kid anymore and doing whatever he wants to do. Bran has certainly understood that this is out of his control now. He’s a piece on the chessboard that has to make a move, and he hasn’t got any moves.”

Has this quest made a grown-up out of the Stark pup? According to the actor, not quite:

“I think Bran has transcended ‘growing.’ Growing up or being an adult is not on his to-do list anymore. It’s doing what he needs to do. He’s on another plane. It’s not like he has to grow up and prove himself a man. He just knows he has to do his stuff.”

It seems Bran Stark is not as much “growing up” as he is transforming into something entirely different… Perhaps something that will let him embody his ethereal role. Is that part of Bran’s story in season seven? Perhaps… But Isaac Hempstead Wright won’t tell. However, he will freely give enigmatic clues that Bran’s former tree-mentor would be proud of. When asked to define next season with one word, this is what he said:

“Probably ‘connections.'” Stark connections? “[Shrugs] Take that how you will.”

If you wish to read the whole interview, head on to Entertainment Weekly.