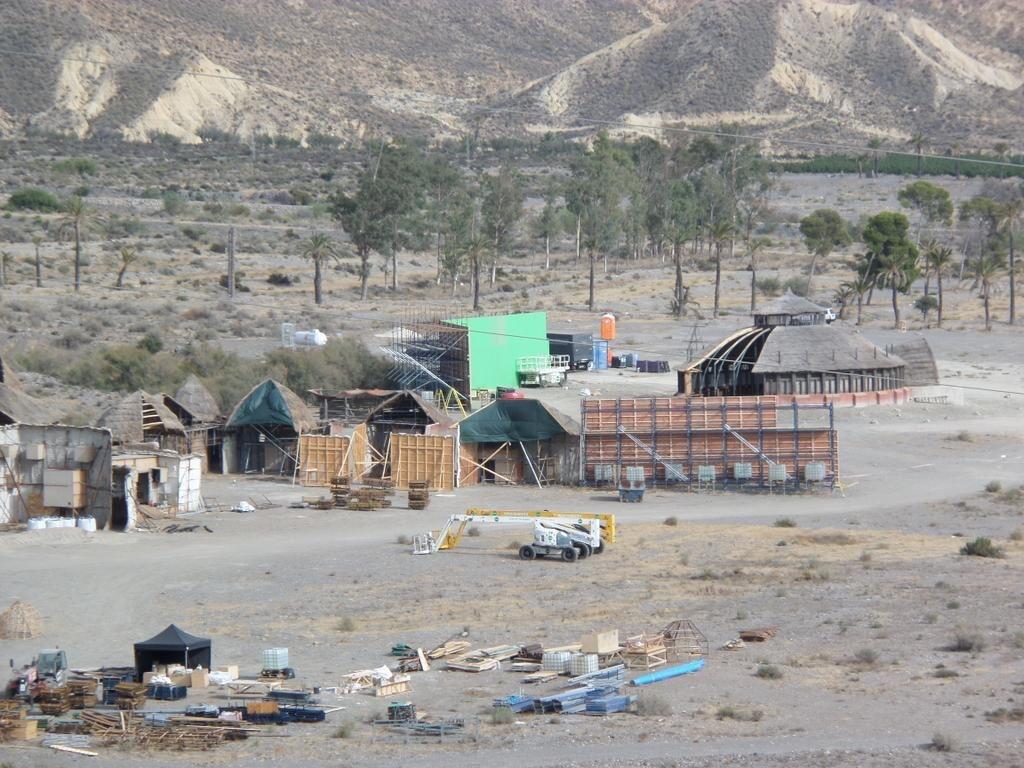 There’s been an intriguing former cast member sighting in Peñíscola during this week’s Game of Thrones filming, and progress in general offering us a glimpse at the season to come.

In locations news, Game of Thrones will be moving to the Almería province starting October 10th. Production members arrived in August to begin building sets in this remote area. A few new images show us the progress made on the set in El Chorrillo, Sierra Alhamilla many have theorized to be Dothraki huts- a potential Vaes Dothrak in the making.

La Voz De Almeria reports that filming is expected to start at the El Chorrillo site on the 10th, and remain there for about four days,

They also say their sources give them the dates of October 20th and 21st for the Alcazaba.

Other locations in the province that will see filming over the next few weeks include Mesa Roldan, Tabernas, and Sorbas. 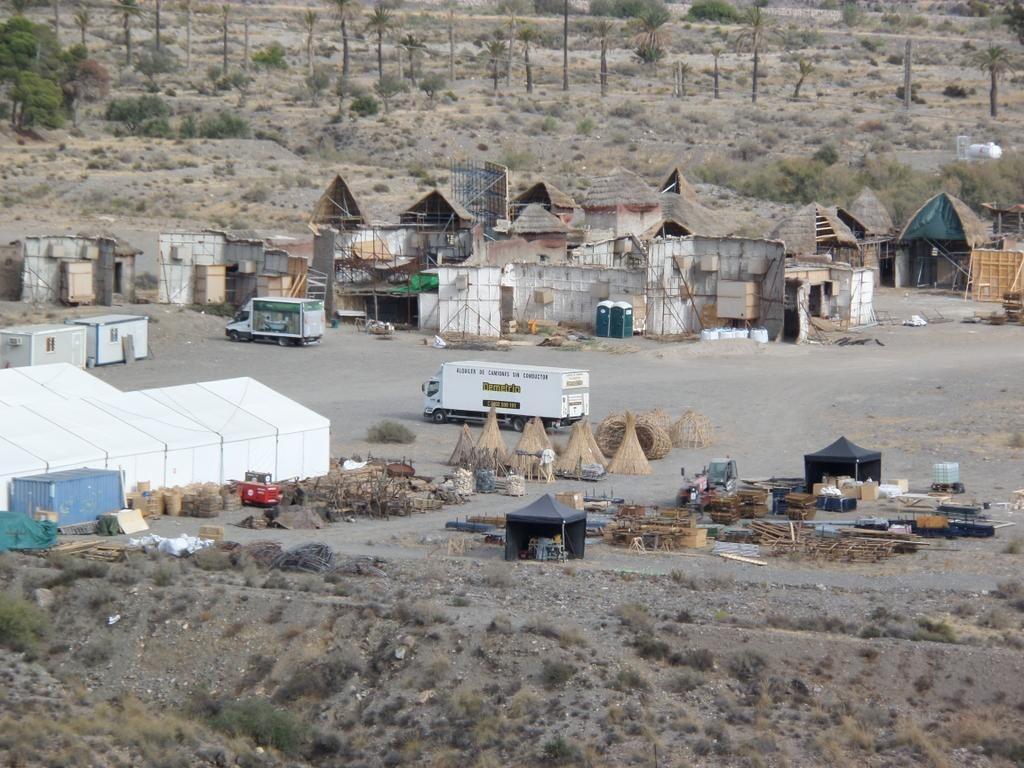 And checking in with Peñíscola, Spain filming, there’s been an unusual sighting of an ex-cast member. It could be just be them visiting the set to see old friends, or is it something more?

One fan is checking in from the filming city this week with lots of photos, and he spotted Sibel Kekilli arriving.

Shae , sibel kekilli is here in peniscola and has been escorted onto set- tyrion hunger flashback? pic.twitter.com/hRTX4HCnO4

It’s always possible Shae appears in some kind vision or dream of Tyrion’s, in season 6.  But until we receive further confirmation, we’ll take this with a grain of salt. Regardless of where she is staying, Kekilli might only be visiting friends.

There are more photos of the sets and props from around Peñíscola:

More from peniscola……the whole main street has been transformed, looks like famine and war are coming to Meereen pic.twitter.com/SkaU9mXRuG

Portal Fosc has been turned into a Essos Rubbish dump, things arent going to be great for Danys return #GameOfThrones pic.twitter.com/dGSJ7sQMvQ

We also have a photo of Peter Dinklage and Nathalie Emmanuel from Saturday’s filming, with someone believed to be Mark Mylod (director of episodes 7 and 8 for season 6). 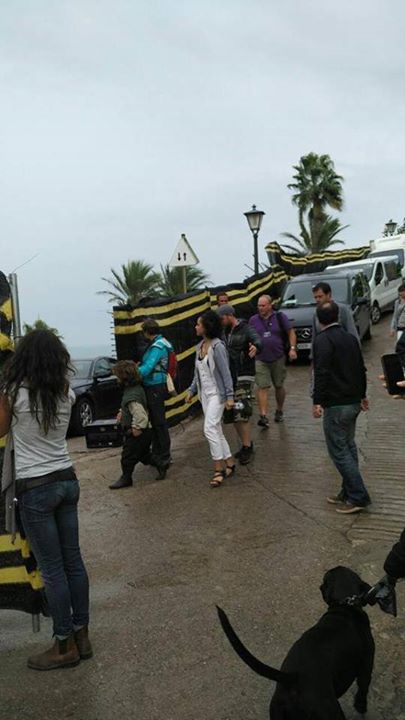 Speaking of directors, if that is Mylod, he isn’t the only director in town. Daniel Sackheim (director of episodes 3 and 4 for season 6) shared this photo yesterday:

Thanks to WotW readers Balerion the Cat and Kargaryen for their help gathering info for this post!