Riskiest Game of Thrones stunt "set fire to 20 guys in one day" —and broke a record! | Watchers on the Wall | A Game of Thrones Community for Breaking News, Casting, and Commentary 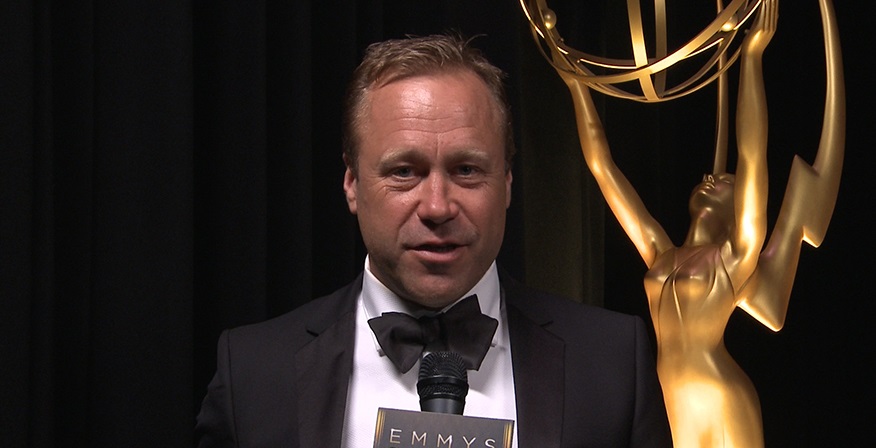 Game of Thrones has a penchant for the dramatic. I do believe that’s not a controversial statement. The difference, however, between this show and most others is that when Game of Thrones does something dramatic, it goes big. Really big. As in “colliding armies, wildfire, ice zombies, dragons” big. With such an epic scale comes an increased danger during filming. The stunt-people do their best, but that doesn’t mean there is no danger! Indeed, their coordinator has opened up about the most dangerous stunt in the history of the show. It involves dragons —though the title might have tipped you off.

Rowley Irlam has a long history in Hollywood as a stunt performer and lately a stunt coordinator, joining Game of Thrones for its fifth season, for which he won an “Outstanding Stunt Coordination” Emmy. Perhaps not coincidentally, his award-winning season is the one with the most potentially deadly stunt, as reported by Express:

“We set fire to 20 guys in one day and used a 45 feet [14 meter] flame thrower on a motion control crane so we could control the dragon”, Irlam revealed. “That was a new record I think. It was the most amount of people that had been set on fire in one day.” 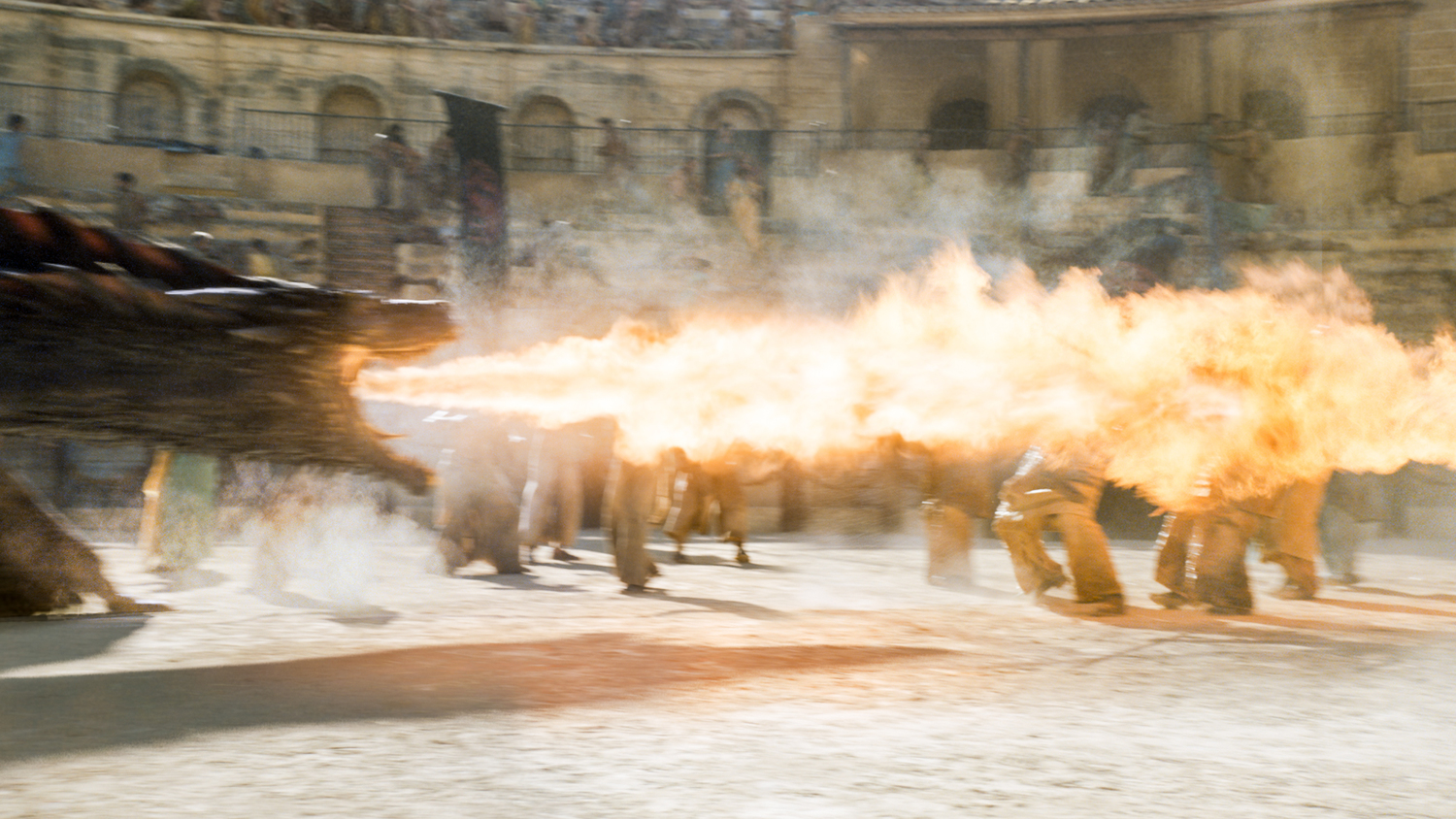 Drogon incinerates the Harpies in “The Dance of Dragons”. Photo: HBO

Of course, Irlam is referring to the famous Daznak’s Pit scene, during which Daenerys suffered an assassination and coup attempt at the hand of the Sons of the Harpy, only to be saved at the last minute by her moody teenage son who had run away from home — that is, Drogon, her biggest and baddest dragon—, by burning the Harpies to a crisp. So, was the filming as deadly as the final scene looked on the episode? Well, of course not, that would be absolute madness. But it wasn’t a walk in the park (or, well, pit) either. During a talk at the University of the Basque Country a few months ago, the supervising art director for the foreign locations for Game of Thrones, Christina Moore, divulged that, despite the stringent safety measures, setting people on fire is always dangerous:

“Usually I don’t go on-location because I just can’t find the time, but I was able to go to the [Osuna bullfighting arena], where one of the most epic Game of Thrones scenes was filmed. I remember the heat, and that 19 people suffered flamethrower-inflected burns.” 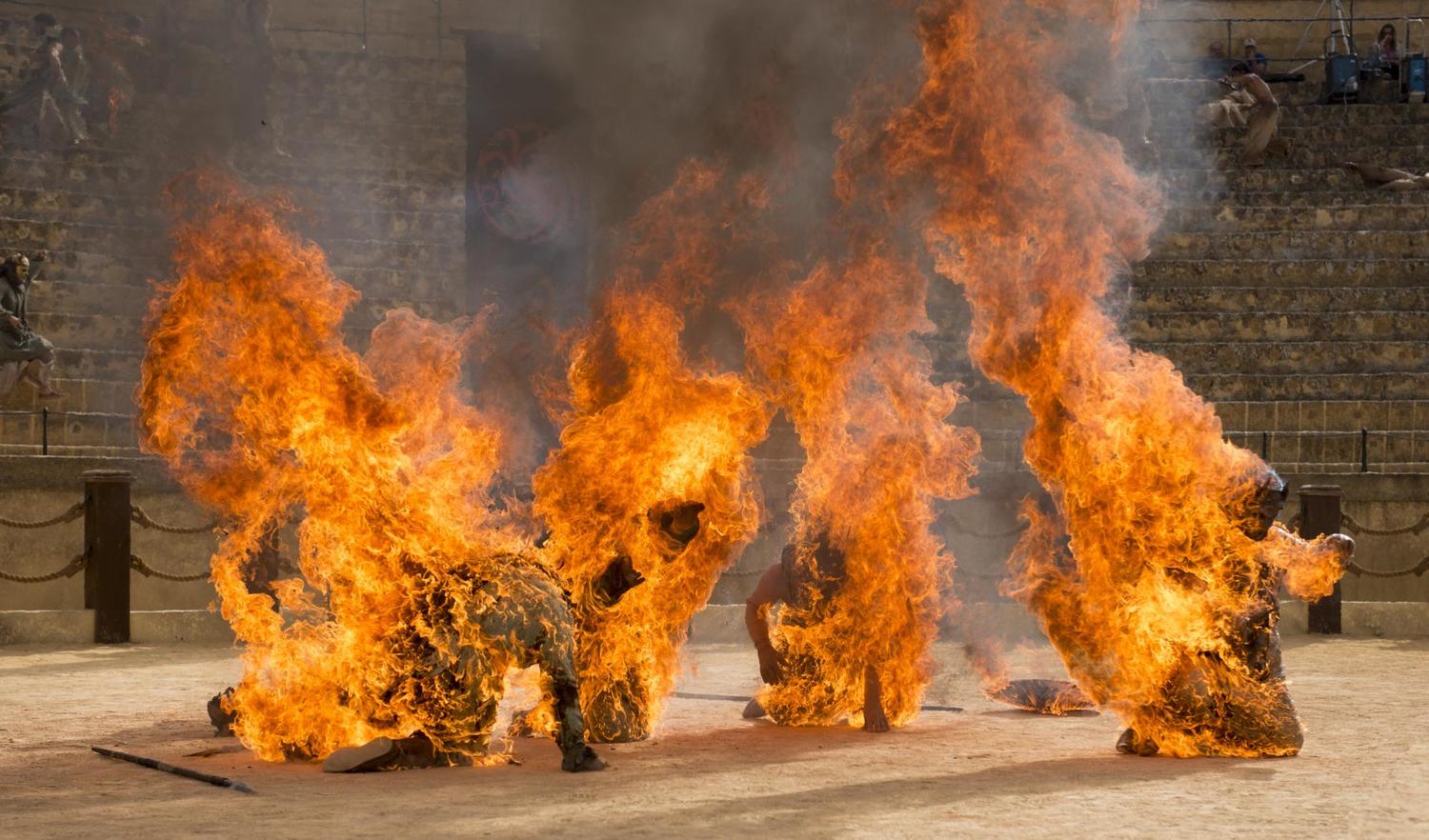 Son of the Harpy stunt performers set on fire for “The Dance of Dragons”. Photo: HBO

During this recent interview with Rowley Irlam, however, the stunt coordinator seemed understandably eager to downplay the risks and emphasize their security measures, which have ensured there have never been any truly tragic accidents on set:

“Health and safety for us is not a grey area,” Irlam assuaged the media. “We endeavour to shoot a sequence that is very dynamic, exciting, looks really dangerous but it’s never our intention to hurt anyone and we would never do anything recklessly. You do have tiny nicks and bumps and hands get knocked with the sword but we don’t have any big accidents as we always make sure everyone knows what it going to happen next.”

Stunt performers are but a few of the many unsung heroes in this kind of big-budget production. More than anyone else, they put themselves in real danger for the sake of whatever they may be filming. The job of stunt coordinators like Rowley Irlam is to keep bodily harm to a minimum, executing the stunts in the safest way possible while at the same time making it look real for the camera. I imagine it must be far from an easy job, and one of which we should be more aware. So let’s give a round of applause for those who are willing to set themselves on fire for our morbid entertainment!