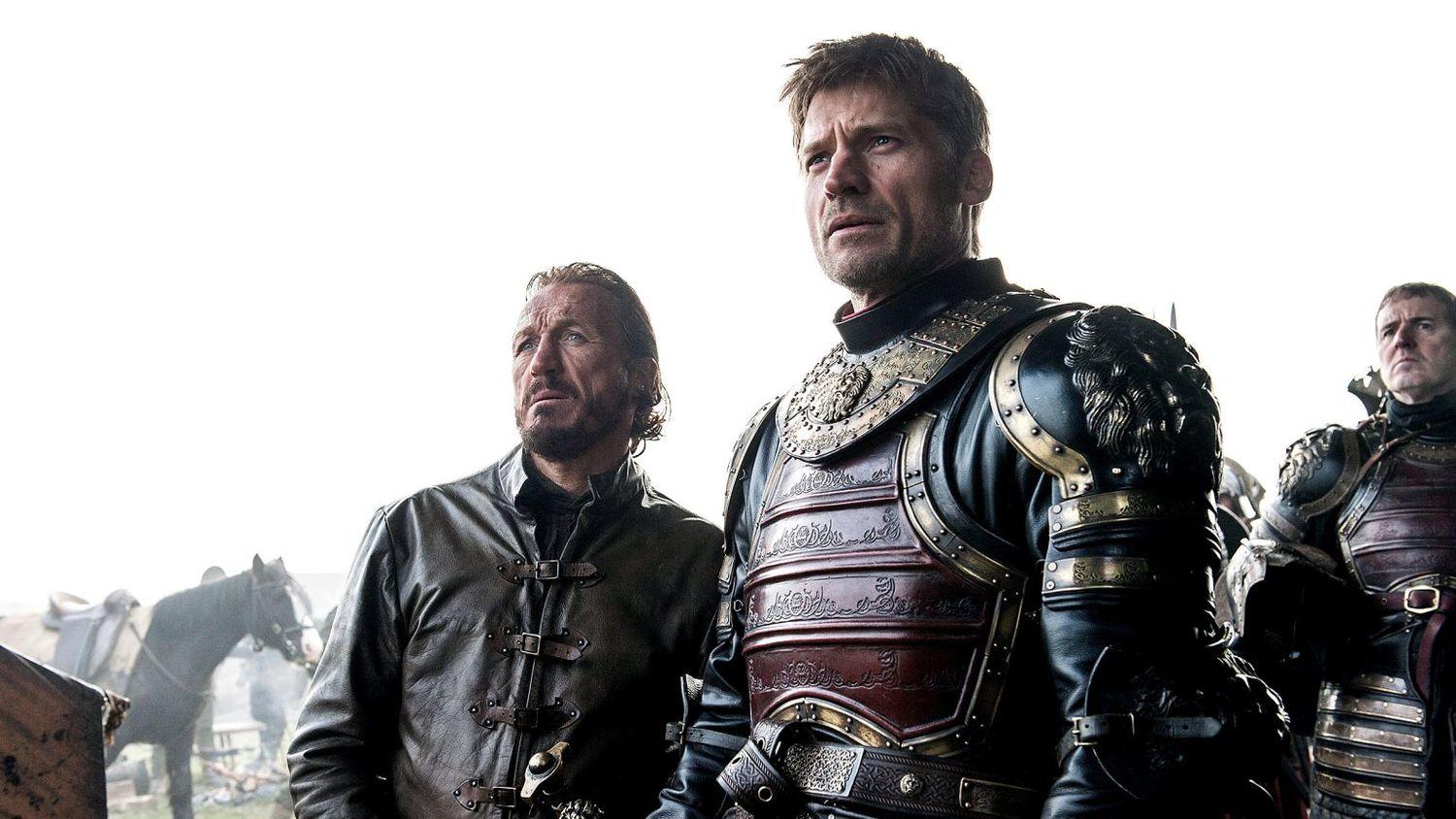 A few days ago we reported on the LA Premiere for Game of Thrones season seven, as well as the many, many interviews that came as a result, but aside from the Blue Carpet and a few snapshots of the after party, we didn’t get to see much. That changes today with a video by Kjersti Flaa showing the entire event in much greater detail.

Also, construction manager Tom Martin brings us an inside look into the sets of Game of Thrones, from the Battle of Blackwater Bay to the Siege of Riverrun, and more.

This is a surprisingly good look inside the premiere, from the theater to the after-party, so do watch it, if only for Gwendoline Christie’s famously uninhibited laugh:

Yesterday, TIME continued their Game of Thrones Season 7 coverage with a talk to construction manager Tom Martin, who looked back on his years of work on the show. He focused on three iconic setpieces —Castle Black, Blackwater, and Riverrun:

“The siege at Riverrun [is] described as ‘a drawbridge comes down over the river,'” Tom Martin began. “It just came to me in the meeting, to be honest: Why don’t we do it down at our Banbridge studios … Why don’t we do it for real? We’ll dam part of the river and we’ll do the drawbridge and do it all for real and build the castle in the car park and crane it over and drop it into the river.” It was easier said than done, however:

“There’s two main parts to it,” Martin explained. “The damming of the river and building an actual drawbridge that worked. It all had to be done with steel and clad in thousands of tons of huge old timber, salvage timber where we could. Where the drawbridge came down, it then had to meet a bridge at the other part of the river which then led down into the field to make it comfortable for the horses to ride up onto it. So while that was happening, we were building a complete courtyard up in Riverrun on the riverbank. While those two elements were happening, we built a huge scaffold in the car park and built the facade of the castle 50 foot high onto a steel frame. So we plastered it there, painted it there, did all the aging on it, and literally lifted it over and craned it in position. It takes about 18 weeks in total from the first drawing to completion. We average around 70 to 80 sets a season. And none of them are small.”

“The battle of Blackwater Bay, that was a substantial build,” the construction manager recalled. “For that scene, the director came up with an idea of how to attack the doors with a battering ram. We’ve got a skiff, a boat that can take about 16 men and in that boat are these big ribs that come up they look a bit like whales ribs and hanging from the whale ribs is a huge battering ram with a lion in front of it. The idea is that they row up to the shore, they pull the boat onto the shore, they flip it over and hang the battering ram underneath it, so when they’re at the front door and the oil’s been thrown down on top of them, they can hit the door without being hit by the oil or the arrows.

“So we came up with this idea and then we had three and a half weeks to build a boat from scratch that would float and was light enough that a number of guys could flip upside down and run with. And we had no time to test it. The first time we went in the water was the day before the shoot. Like any boat, it goes into the water and goes dunk, da-dunk, and comes back up again. And it worked! So that was a fantastic moment.” 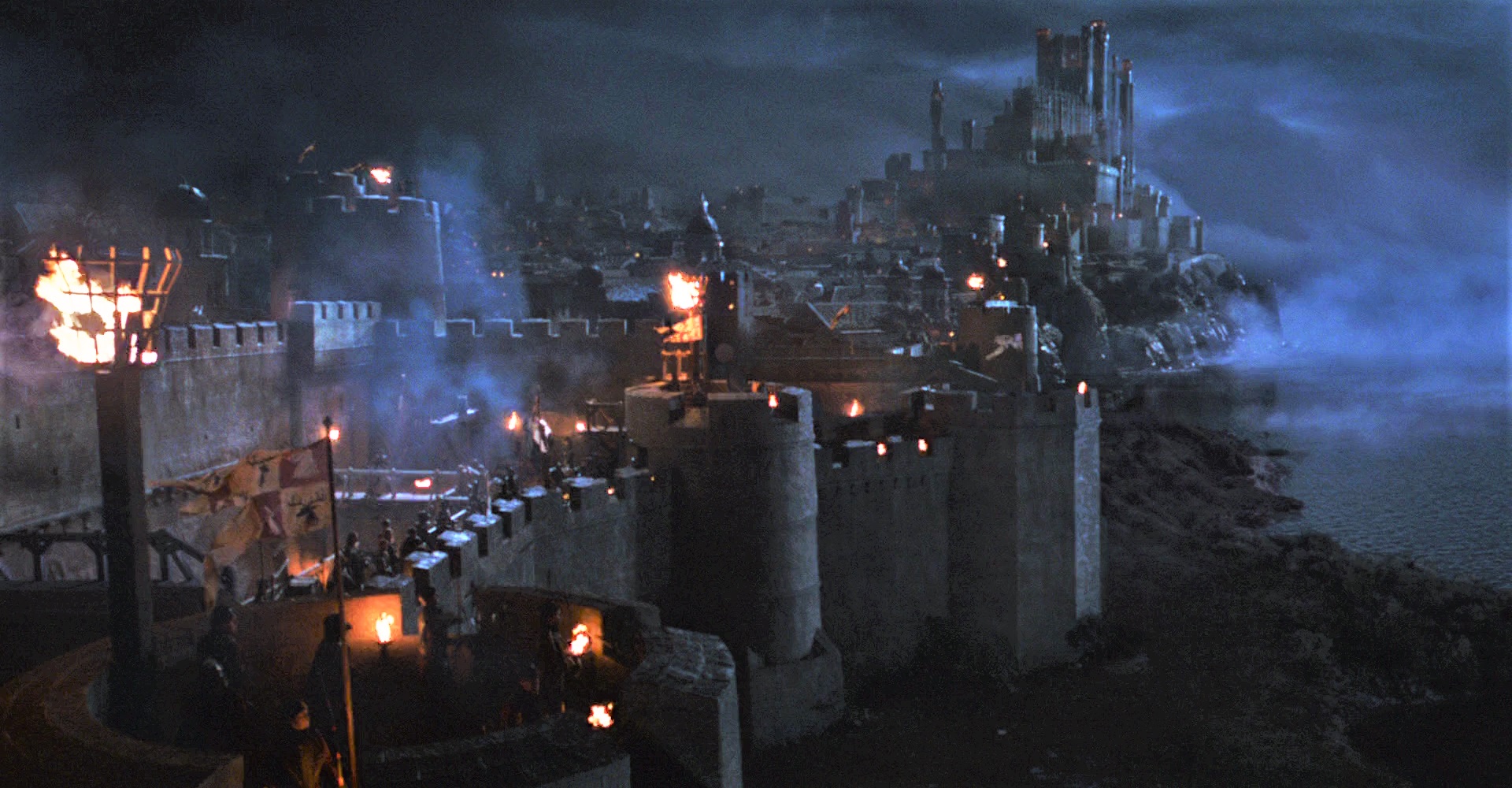 Finally, Martin went all the way back to one of his earliest constructions, in season one — the impressive set of Castle Black, which can be filmed in 360º with no special effects:

“In the story, there’s obviously a lift that goes 800 foot up the height of the wall. We’re all talking about how we’re going to do this, and the first thought is, obviously that’s going to be a visual effect. And I said at the meeting, well, maybe not,” he revealed —so now we know who’s responsible! “Maybe we could do it for real! We’ll buy a building site lift. A hoist. Go up the outside of a building. We’ll completely take the base apart, and rebuild it in timber and forged metal. And we’ll put the rails going up the 100 foot, the levels of the quarry. We built Castle Black at one plateau of the quarry.”

“We bolted [the rails] to the quarry face, built the lift for real and went up the 90 foot and at the top of that plateau, built the exit onto the top of the ice wall,” he continued. “So the whole thing was done for real and visual effects for the wide shot added in the missing piece. It was great, absolutely fantastic. We were like little kids, so excited to actually get in it and get it working.”

You can read many more about the constructions of these sets and Martin’s thesis on when to use special effects and when to use real sets in the interview at TIME.