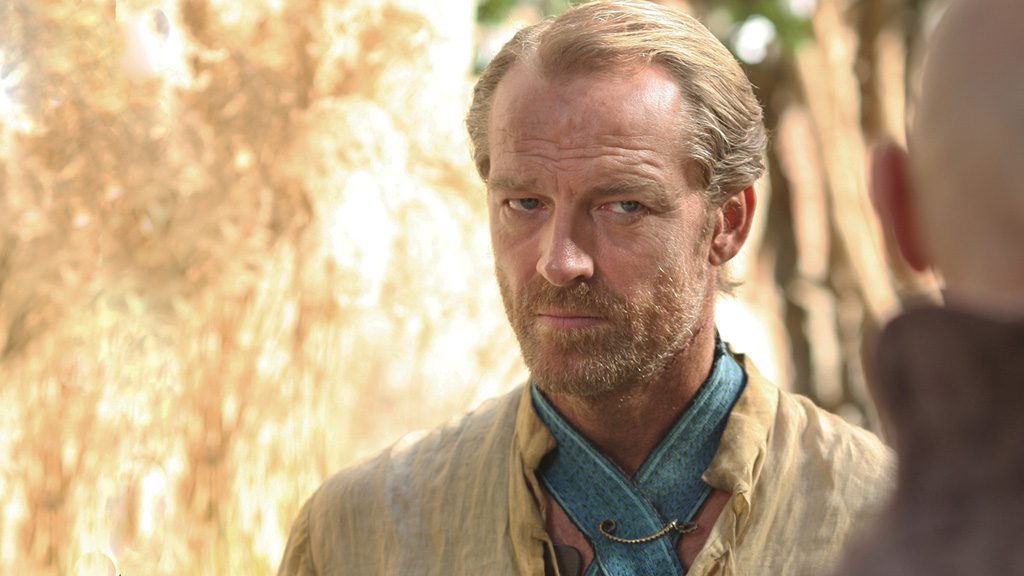 For the past 6 years, Iain Glen has balanced playing exiled knight and professional unrequited lover, Jorah Mormont on Game of Thrones with starring on Jack Taylor as the series’ titular Irish private investigator. Glen spoke to Stuff about the complexity of his character on Jack Taylor, his fondness for Jorah Mormont and his future on Game of Thrones.

Glen has reportedly taken some slack from fans of Jack Taylor for not quite matching his character’s physical description  in the novels on which the series is based … which Glen points out, is similar to his situation as Jorah Mormont.

“I don’t think I bear any physical resemblance whatsoever to the character that George R R Martin described in the books on which the series is based,” Glen said. “I think he was a very dark-haired, wiry man with an ugly face – I’m not saying I don’t have an ugly face – and I think quite short and stocky. But they probably thought it would be good if you could see why (Jorah and Daenerys) might get it together. If you had an ugly stump of a man who had no chance whatsoever and was fairly repellent then it would be harder for them to tell that story.”

Glen, of course, refused to play favorites between his Irish P.I. and exiled knight. Though the interview understandably focused on Jack Taylor, Glen did have a few words to say about his Westerosi character.

“I’ve always enjoyed playing Jorah. It’s been a role that’s been good to me so. There’s quite a high death count in Game Of Thrones and they don’t blanch at removing favorite characters. They just get rid of them in a brutal way. My end may well be close but so far I’m doing OK.”