Iain Glen offers details about season 8 production and Jane Goldman has finished her script for a Game of Thrones spinoff | Watchers on the Wall | A Game of Thrones Community for Breaking News, Casting, and Commentary 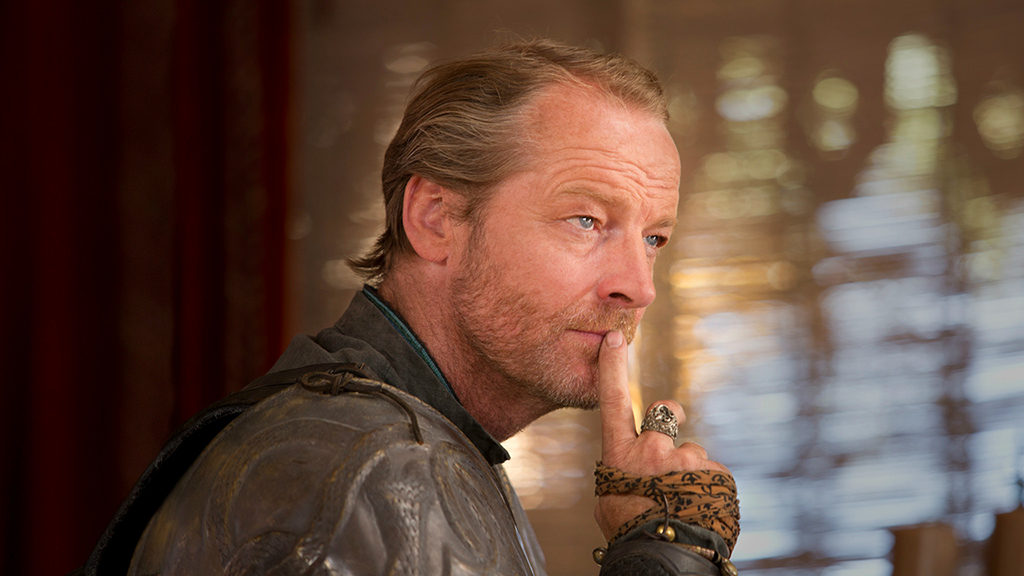 Iain Glen has revealed the date for the first Game of Thrones season 8 read-through and offered some production details that partially explain why the final season’s filming is expected to take so long; Lena Headey Instagrammed a likely wig fitting and writer Jane Goldman has completed her script for one of the Game of Thrones spinoffs in development.

Back in September (yes, this little gem has remained hidden on the internet for nearly a month) Iain Glen told his audience at Stockholm Comic Con (at 20:43 in the video) that the cast of Game of Thrones will meet for a read-through on October 9th. Until then, he has no idea what season 8 holds, though he “would just be happy to be alive and in what I imagine is going to be a massive battle [in which] I then survive or die nobly” (21:38).

He also revealed (at 6:40) that production for season 8 will be using only one filming unit instead of two, as has been the tradition since the first season (though production did include a third unit for season 3).

The need to use only one unit because of the cast having to be together helps to explain the 10 months of production, which is around twice the time filming usually takes.

The cast will be congregating in Northern Ireland for a read-through soon, and Lena Headey was already with the crew today when she posted this photo on Instagram.

Provided that Headey is posing with two major hair staff members, it’s safe to bet that Headey went in for a wig fitting today (though presumably not for wig featured in the photo), further evidence that the long journey towards the final season is officially underway.

As our thoughts turn to season 8 and, consequently, to the inevitable end of Game of Thrones, let’s remind ourselves that at least one spinoff is on the way and rejoice that the pilot script for one of the unspecified projects has been completed!

In an interview with Hello Magazine at the BFI Luminous Gala, English comedian, Jonathan Ross, discussed his wife, Jane Goldman’s, script writing project for a Game of Thrones spinoff but was unable to say much about it other than that  … it’s done.

“I’m not going to say anything apart from the fact that [Jane] has just finished it!” he said and later jokingly capitulated to pressure by adding: “She’s written it all around me, I’m a dragon in it!”

Then again, we don’t know what season 8 holds. If Daenerys has a fever dream in which Drogon begins monologuing in Ross’ voice … I guess you heard it here first.