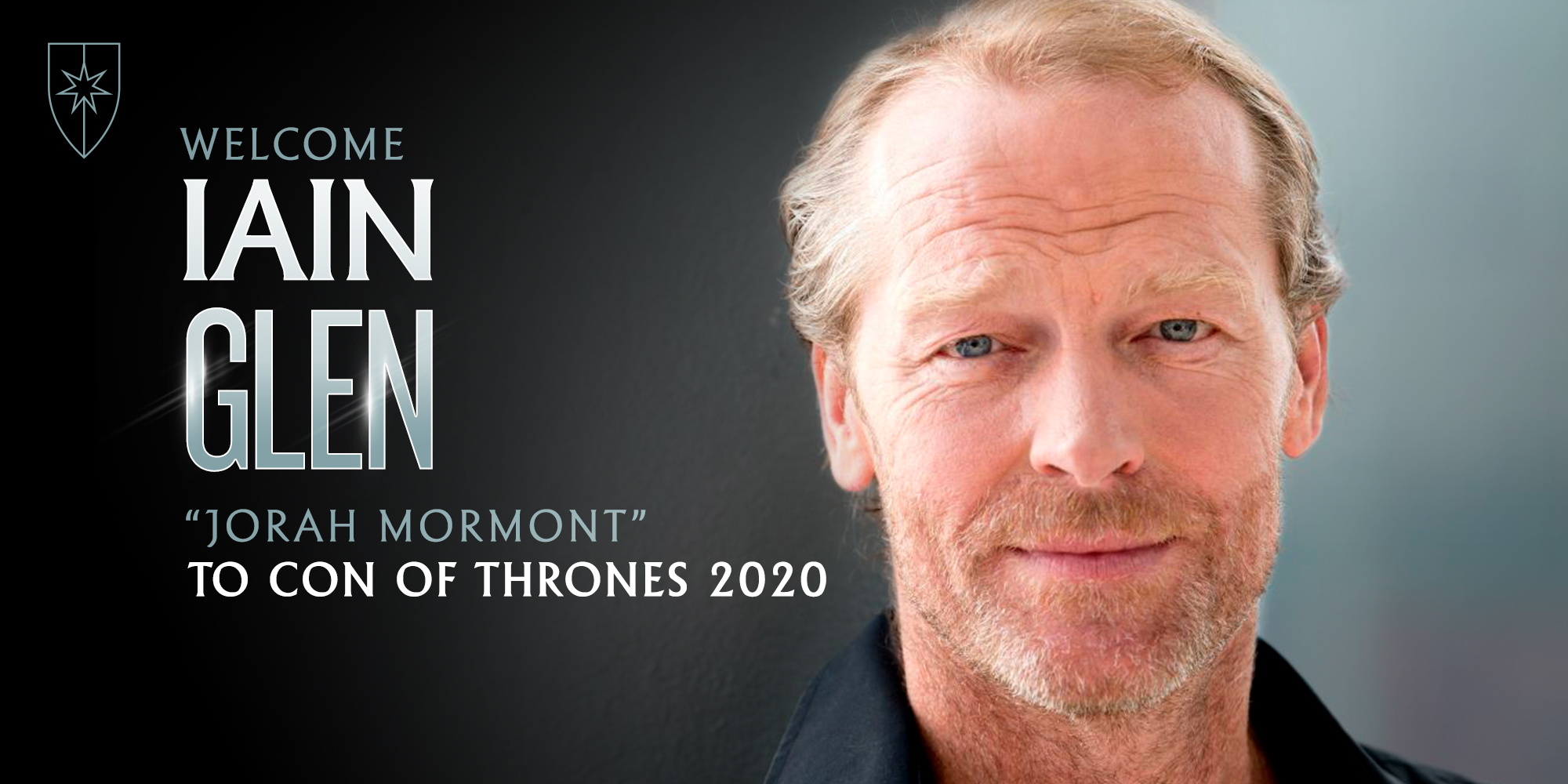 Exciting guest news for con-goers today! For the first time, Game of Thrones star Iain Glen (Ser Jorah Mormont) will appear at Con of Thrones, the premier convention for fans of Game of Thrones, A Song of Ice and Fire, and the epic worlds of fantasy author George R. R. Martin. Glen will appear on panels and programming at Con of Thrones 2020 on Saturday, July 18 and Sunday, July 19, as well as participate in autograph and photograph experiences with fans.

Glen won acclaim for his role as Ser Jorah Mormont, a member of Daenerys Targaryen’s Queensguard, in all eight seasons of Game of Thrones. Fans can expect several entertaining and informative sessions with Glen, as well as individualized meet-and-greets. Tickets are available for purchase now at conofthrones.net/register.

Con of Thrones is produced by Mischief Management. Watchers on the Wall is proud to serve as the official programming partner for Con of Thrones. Additional special guests and additional details will be announced at a later date.